After a few weeks in each others’ company in close proximity, many would assume that the campmates have become used to one another’ ways, even smells, but an admission from Myles tonight drove Ian up the wall. And then over the top and down the other side.

Patience might be starting to wear thin in the jungle, although what is very thin is the efficiency of that last dab or spray of deodorant from all those days ago.

Blood, sweat, and tears have been shed: on occasion, even by the celebrities, not just the creatures that have crawled over them.

As the showering facilities aren’t up to the standards they’re used to, not every contestant will be as fragrant as they would be when reclining on a chaise longue, fixing the shed roof, or whatever celebs spend their time doing.

Tonight Myles made an admission which freaked Ian out to such an extent, we may have to consult experts in nuclear physics. 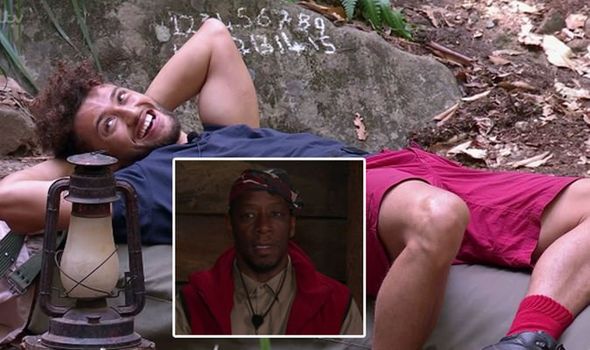 As the Call the Midwife star departed, Nadine remarked on his speed of movement, which hadn’t been previously witnessed by his campers.

She then offered as to why he was moving with the speed of a jungle cat which has had plenty of naps to save up its energy.

“He’s happy to be reunited with his family. He was talking about champagne and a bath, so it’s a big night for Cliff.”

A bath. The contestants have been dunked, drowned, and dipped into offal, guts, and other animal parts even the most adventurous diner would decline.

The very thought of a bubble bath made Myles consider his own personal scent.

Burying his nose deep into his arm’s musk generator, he claimed a big whiff from his armpit had woken him up. 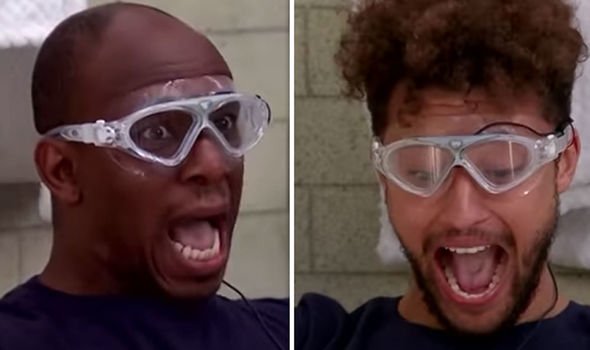 What an alarm clock that must be.

The odour was so exotic, he felt compelled to ask his celebrity chums the date of a certain task involving fish guts – because that had been the last time he had showered.

Ian’s response was as immediate as if he’d unwrapped a Christmas present and it was an eau de toilette of Myles’s current scent.

“Don’t lie! Your bottom must smell like an atom bomb!” 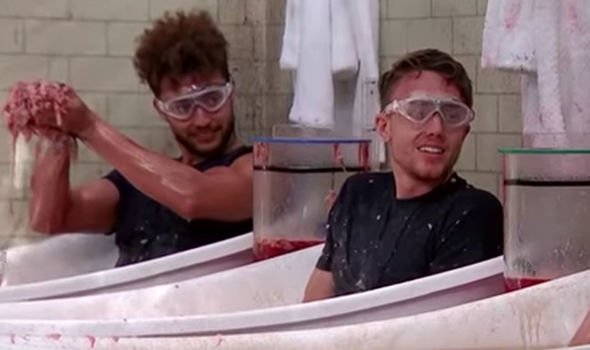 At the time of writing, Dr Brian Cox was unavailable to tell us what an atom bomb smells like and if indeed it would be comparable to a whiffy bum.

Ian’s horrified reaction continued and could not even stand to be near Myles, even if until then he hadn’t been able to smell him.

“I don’t want to talk to you and I can’t look you in the eye. You stinky bum.”

James added his own condemnation: “You stinky little teenage boy!”

However, Myles was unrepentant in the Bush Telegraph, saying personal hygiene is secondary to success.

“We all smell, why do I need to shower? I am not here to impress, I am here to get stars. I am the star lord!”

In the Marvel film Guardians of the Galaxy, Chris Pratt played Peter Quill, known as Star Lord, a hero whose personal hygiene was never called into question.

If Myles had called himself Swamp Thing, then he might have had a point.

I’m a Celebrity…Get Me Out of Here continues on ITV tomorrow at 9pm.