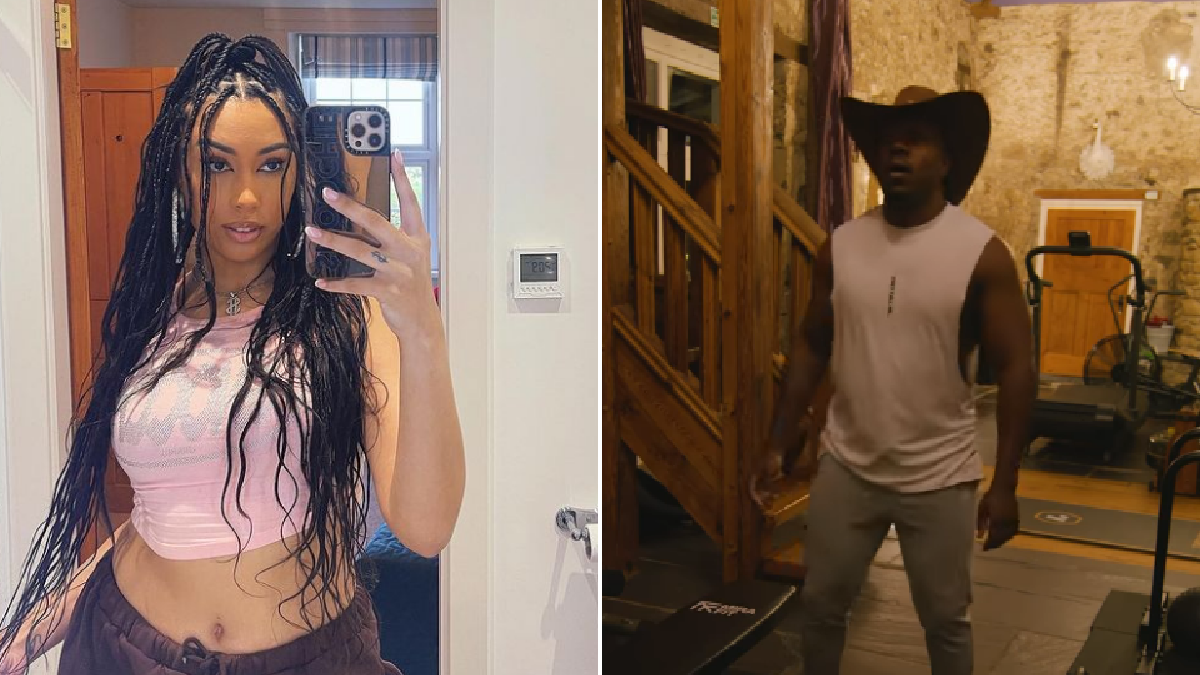 Rumoured I’m A Celebrity… Get Me Out Of Here! contestants Snoochie Shy and DJ Locksmith have been giving fans a glimpse of the isolation digs.

The duo is said to be among the star-studded line-up heading to Gwrych Castle, Wales, later this month when the beloved ITV show returns to television screens.

Radio 1Xtra host Snoochie was recently linked to the upcoming series and has since shared pictures and a video at a mystery location, revealing to fans that she is currently on her own.

In one image, the 29-year-old, real name, Cheyenne Davide, posed in front of a painting of two donkeys, while in another she showed off her new braids which are ‘down to my ars*hole.’

DJ Locksmith, who is best known for being part of Rudimental, also showed off his place.

The musician, real name Leon Rolle, revealed that he’s been put in a property with exposed brick walls, high ceilings, and a whole load of exercise equipment to keep him entertained.

In a video posted on his feed, DJ Locksmith was seen dancing in a hat similar to the ones often worn by the contestants on the show.

The star is keeping coy about any involvement with I’m A Celebrity though as he shot down all connections to the show though when one fan asked him: ‘Are you in isolation for I’m A Celebrity?’

‘No, just finding myself,’ the producer replied.

According to reports, DJ Locksmith is currently a stand-by star for the series, meaning that he has had to go into isolation in case any of the other stars have to drop out at the last minute.

Just like last year’s series of I’m A Celebrity, all the contestants heading into the castle will have to isolate for two weeks before the show launches. They will then form a bubble for the duration of their time on the show.

ITV bosses will be sticking to strict health and safety protocols to ensure the cast and crew are protected as best they can be as the Covid pandemic continues.

While this year’s celebrity line-up is yet to be confirmed, a number of stars such as Good Morning Britain’s Richard Madeley and Coronation Street’s Simon Gregson have been rumoured to be taking part.

The Saturdays singer Frankie Bridge is already being tipped to take home the crown.

The last series of the programme was won by podcast host Giovanna Fletcher.

I’m A Celebrity… Get Me Out Of Here! is set to return on Sunday November 21 on ITV.