All 10 celebrities settle into their life in the grounds of Gwrych Castle tomorrow night but the famous faces won’t be given too much time to get to know their new I’m A Celebrity surroundings. Ant McPartlin and Declan Donnelly invite the contestants to The Gates To Hell for their first Bushtucker Trial where Giovanna Fletcher, in particular, gets up close and personal with some creepy crawlies.

Ant and Dec explain all 10 celebrities have to work together to earn meals for camp.

The celebrities will be locked into 10 cages and pass 10 stars from one side to the other.

The Geordie duo warns the stars to “expect the unexpected” in true I’m A Celebrity style.

If any of the celebrities utter the infamous words “I’m A Celebrity…Get Me Out Of Here!” One star will be deducted from the total. 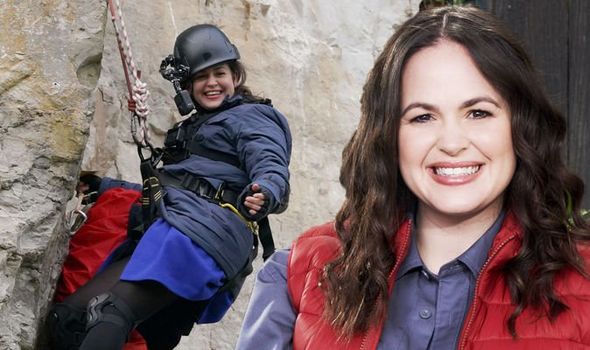 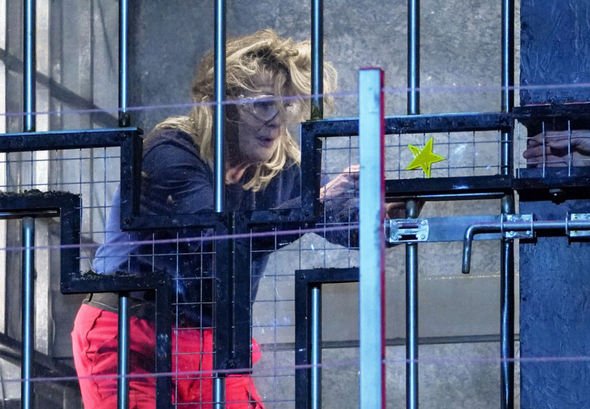 “Imagine if we say no,” Giovanna says and Dec comments: “It would be a very short show.”

Shane Richie kicks off the trial by passing his star to Jessica Plummer as cockroaches and crickets rain down on them.

Jessica takes over and passes the star to Giovanna Fletcher.

“It’s down my knickers,” Giovanna cries out as cockroaches crawl over her. 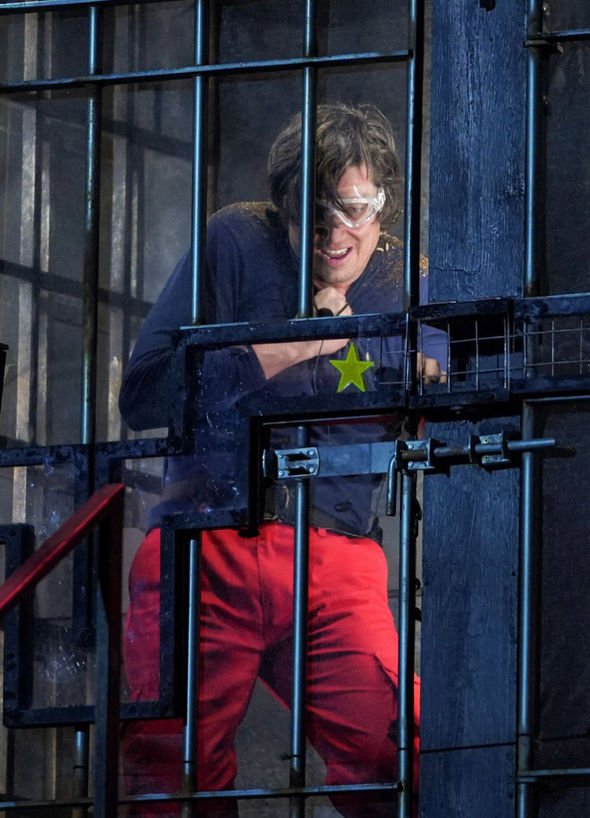 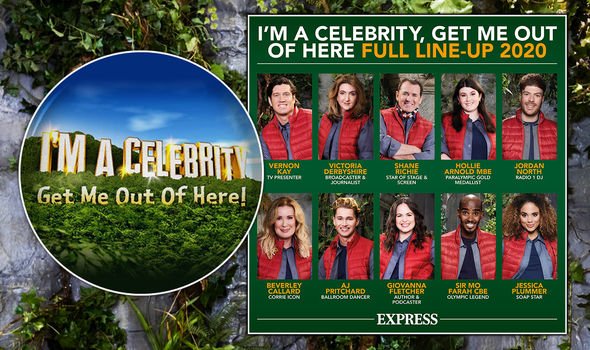 “Pack it in will you,” an impatient Vernon Kay exclaims.

After he takes the star from Giovanna, Vernon passes it on to AJ Pritchard.

Will the celebrities get all 10 stars or will the contestants go hungry for their first night in the castle?

Elsewhere in tonight’s episode, the contestants begin their adventure by being split in half.

Shane, Beverley, AJ, Hollie and Sir Mo Farah are dropped off at the bottom of a cliff in Snowdonia.

Meanwhile, Vernon, Jessica, Jordan North, Giovanna and Victoria Derbyshire are driven to the top of the cliff.

The celebrities at the top of the cliff were paired with a celebrity at the bottom of the cliff.

They had to work together to abseil down the cliff and retrieve the rucksacks filled with the contestants’ kit.

Will all the stars succeed at the task or will some of them face a difficult first night?

I’m A Celebrity…Get Me Out Of Here! Returns to ITV on Sunday at 9pm.