IT’S September 2020 and I can feel a darkness descending.

Dejection, sadness, despondency and bleakness was enveloping my heart and mind, triggered by a childhood trauma and an affair of the heart. 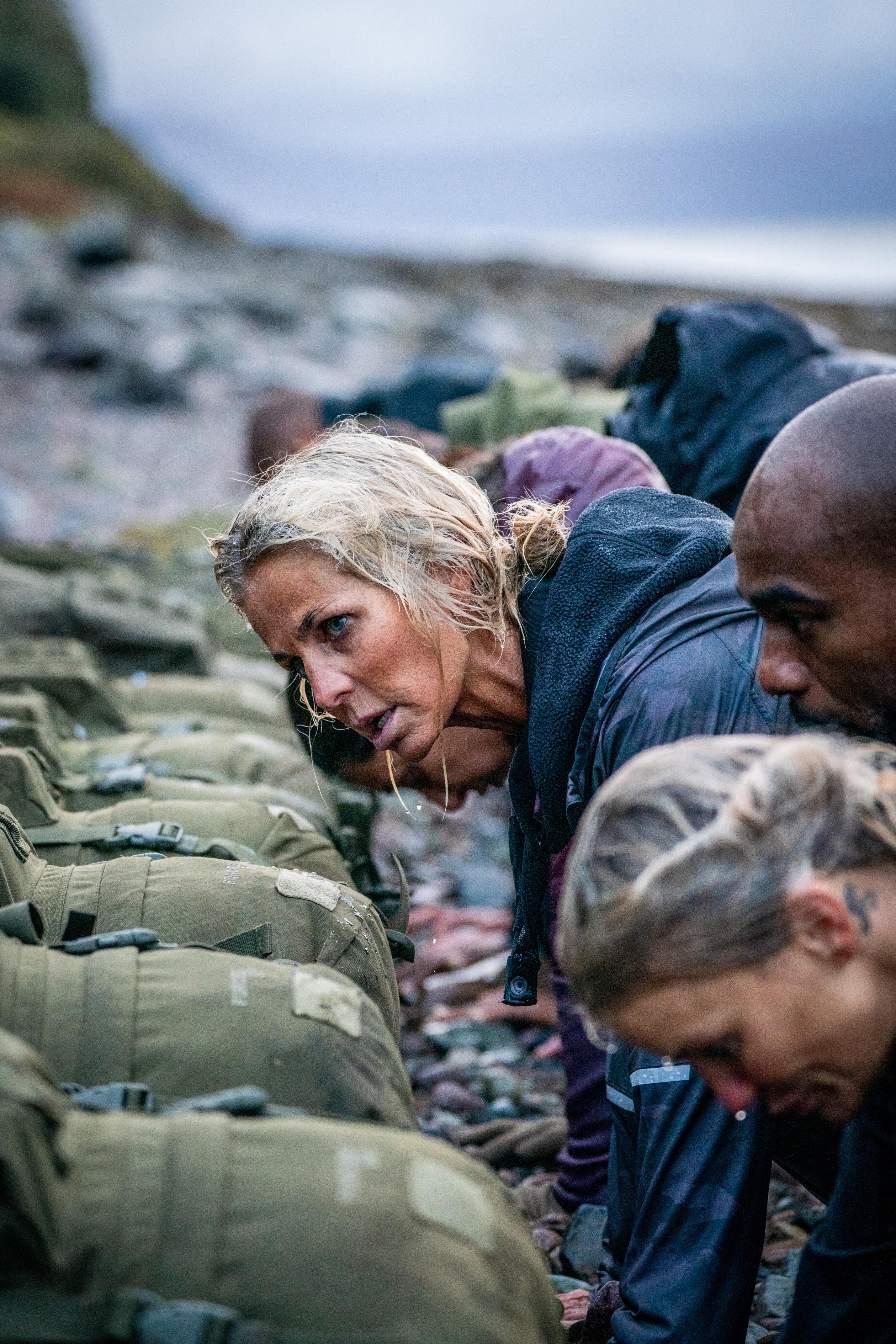 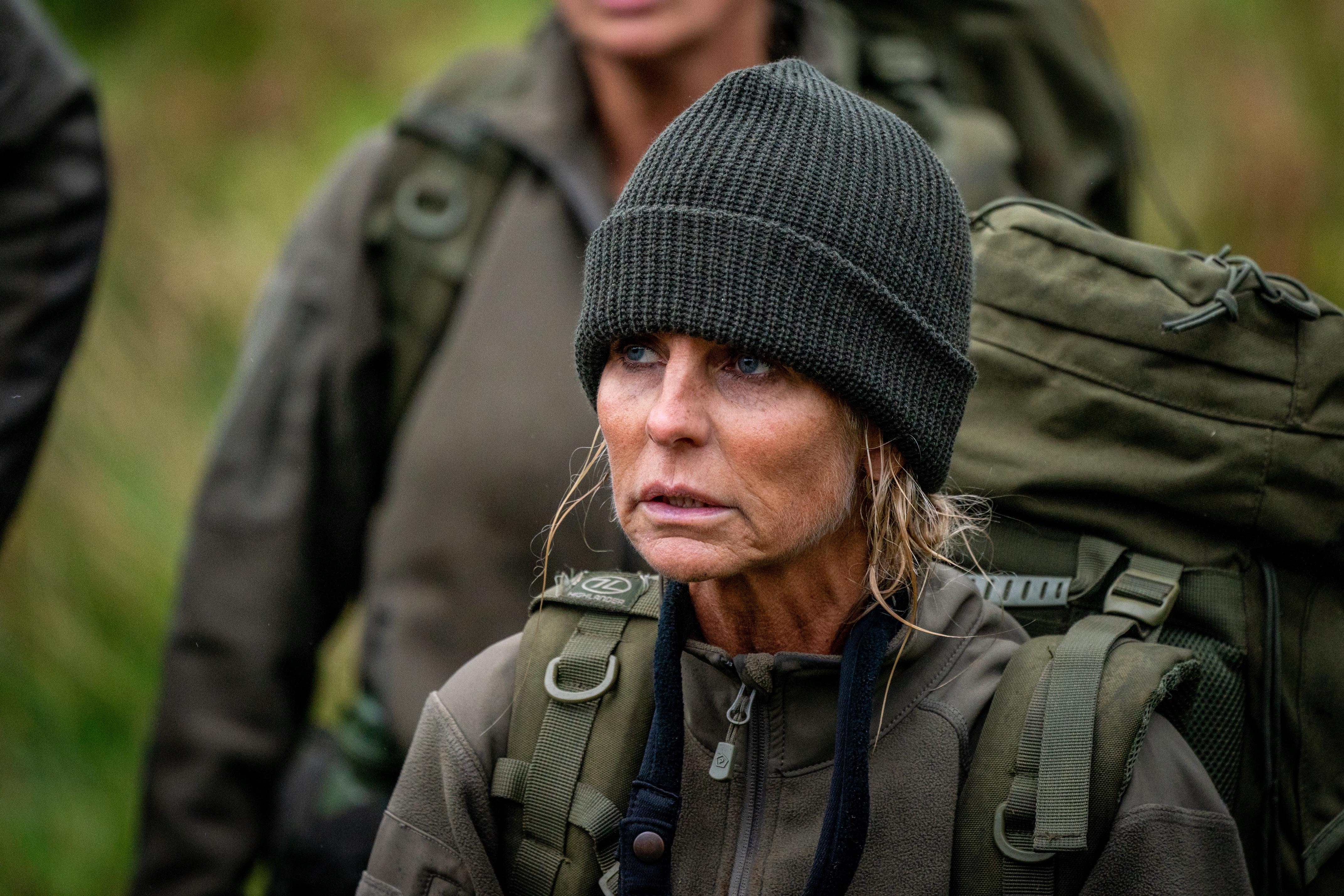 It felt like too much to bear and once again I found myself all at sea, without direction, no anchorage and a reluctance to find a way forward. In freefall.

Then, late one night, I get an email asking if I would consider being a recruit on Channel 4’s Celebrity SAS: Who Dares Wins.

I presumed it was a joke. Me, a 53-year-old mother of four, fit for nothing, physically or psychologically.

But, alas, it turns out that’s just what TV likes.

I had never watched much of the show. Danger and terror doesn’t entertain me, it frightens me.

So the snippets I had seen would set my heart racing to such an extent I’d have to switch channels for fear of being physically sick at what others were being forced to endure.

But at the time I needed a way of pressing some kind of reset button.

My quiet announcement to immediate family was initially met with dropped jaws.

Followed swiftly by guffaws. No one, in their opinion, could be less suited for the extreme demands of such a course than their mamma.

Relief, I thought, would be procured by the fact I wouldn’t pass all the physical, medical and psychological tests required for such a pursuit. So maybe I wouldn’t be allowed to go.

Needless to say, I passed. And I was signed up pretty late in the day. I think I had two weeks to prepare.

This made preparation as dangerous as going unprepared. If an unfit person pushes themself for a quick fitness fix they could end up with a broken ankle, or I knew it could reignite my chronic back problem.

The first jog I went on, I looked as if I was running for help and thought I was having a coronary. My arthritic hips weren’t made for it and nor was my lower back. Perfect.

But the duty of care associated with the programme was second to none, and goes on to this day. Psychologists were keen to prepare you mentally, as much as humanely possible.

Endless conversations were had about things that may trigger traumas from the past — such as being shouted at by men, being hooded, having terrifying dogs barking in your face, claustrophobia etc.

I found it hard to work out how I might respond.

As someone with experience of domestic abuse, I didn’t know. I was more concerned about being hooded but did not follow the advice of getting someone to unsuspectingly pull a pillowcase over my head.

I’m no diva, so the idea of “rough-ing it” in Scotland’s Inner Hebrides posed no panic in my heart. I’m a Swede. We are nature people. If needs be, we s* in the woods — there are no airs with me, and zero graces.

We were forced into a week’s isolation on the Isle of Skye, in an adorable hotel from which we were released for one and half hours each day for exercise.

It was the best week of my life. Just me. In a room. No commitments, obligations, no one demanding any-thing of me. A book. A television. And food delivered to my door three times a day.

Not to mention stunning walks at the crack of dawn in the beauty that is for ever Scotland.

Then, one morning, before the world wakes, you are taken. Taken to the stunning, harsh and bare island of Raasay.

From that point on you are no longer anybody. You are a number. There is no past and no future, just the present.

All you have to your number is a spare bra, a spare pair of knickers and a toothbrush. That is all there is to you.

For me, that was the biggest relief. I was literally and metaphorically stripped of all that was attached to, and represented, me. I was bare, exposed and reduced.

The second the course starts you feel the relentless and rigid breath of strict and uncompromising men on your skin.

The fear and shock chills you — takes your breath away. It’s hard to focus in the dark, in the darkness of a black hood, when you are forced to walk like a chain gang.

As someone who fears authority, I was in pursuit of not stepping out of line, but I could barely walk in a straight one, such was the terror stunning my body.

Something happened to me very early on, which I’m unable to talk about because someone, somewhere, in TV headquarters wants you to watch this show.

It caught me by surprise.

As I said, some things you just can’t prepare for. The DS — Directing Staff, ie. former Special Forces men — were beyond rigid, relentless and uncompromising.

Please do not for one second think that, once the cameras turn away, they are discussing the weather with you and making you feel better about yourself. No, this s* is real.

I have nothing but admiration for them and all they have endured in their professional lives, albeit a life choice, unlike us “slebs” who choose to play/dabble in their world.

DS leader Ant Middleton is a force to be reckoned with, a formidable orator.

He demanded that we remove the “bulls” from our lives and concentrate on the task ahead.

A lesson we could all do with taking forth in life.

The tasks themselves were terrifying and inevitably challenging.

At the time I only weighed about seven-and-a-half stone, only three times the weight of my Bergen rucksack, which meant I struggled to stand up when carrying it.

My weight was not a deliberate feat but perhaps brought on by stress and unhappiness.

I had only my mind and body to rely on and I have never felt so punishingly challenged in my entire life. But in a positive way.

They vow to take you “out of your comfort zone but never out of your safety zone” and they stayed true to their word.

I never feared for my life. I realised I just feared fear itself.

When I came home, I felt I didn’t belong. Despite the brutality of the course, I felt a longing to go back to the discipline and the lack of peripheral “bulls” that constantly encompasses and distracts my life.

It took some time to decompress and familiarise myself again with life as it is.

It was the singular, most profound experience of my entire life, without exception.

It forced introspection, reassessment, establishment of needs and boundaries, emotional and psychological goals.

Physically, I learnt what my little body is capable of and perhaps what it is not. I learnt where my strength comes from and how I need to nurture it.

I will falter again emotionally, but with Ant’s words ringing loud in my ears and a tattoo of “Raasay” on my ribs, I can revisit what I endured.

It is an ongoing journey and I am by no means fully formed.

You’ll have to watch episode one on Channel 4 on Sunday at 9pm to see if I achieved any of my aims. 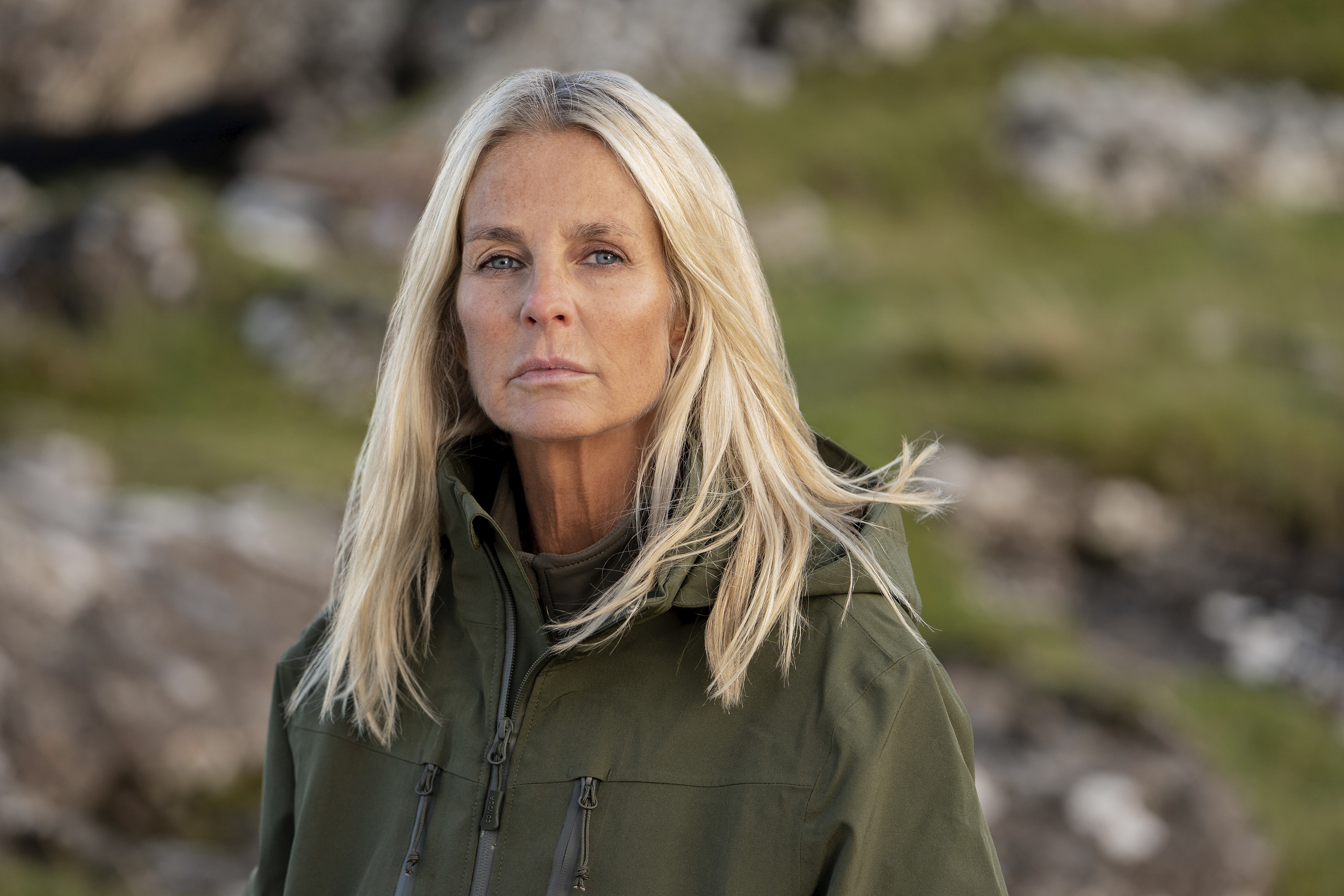 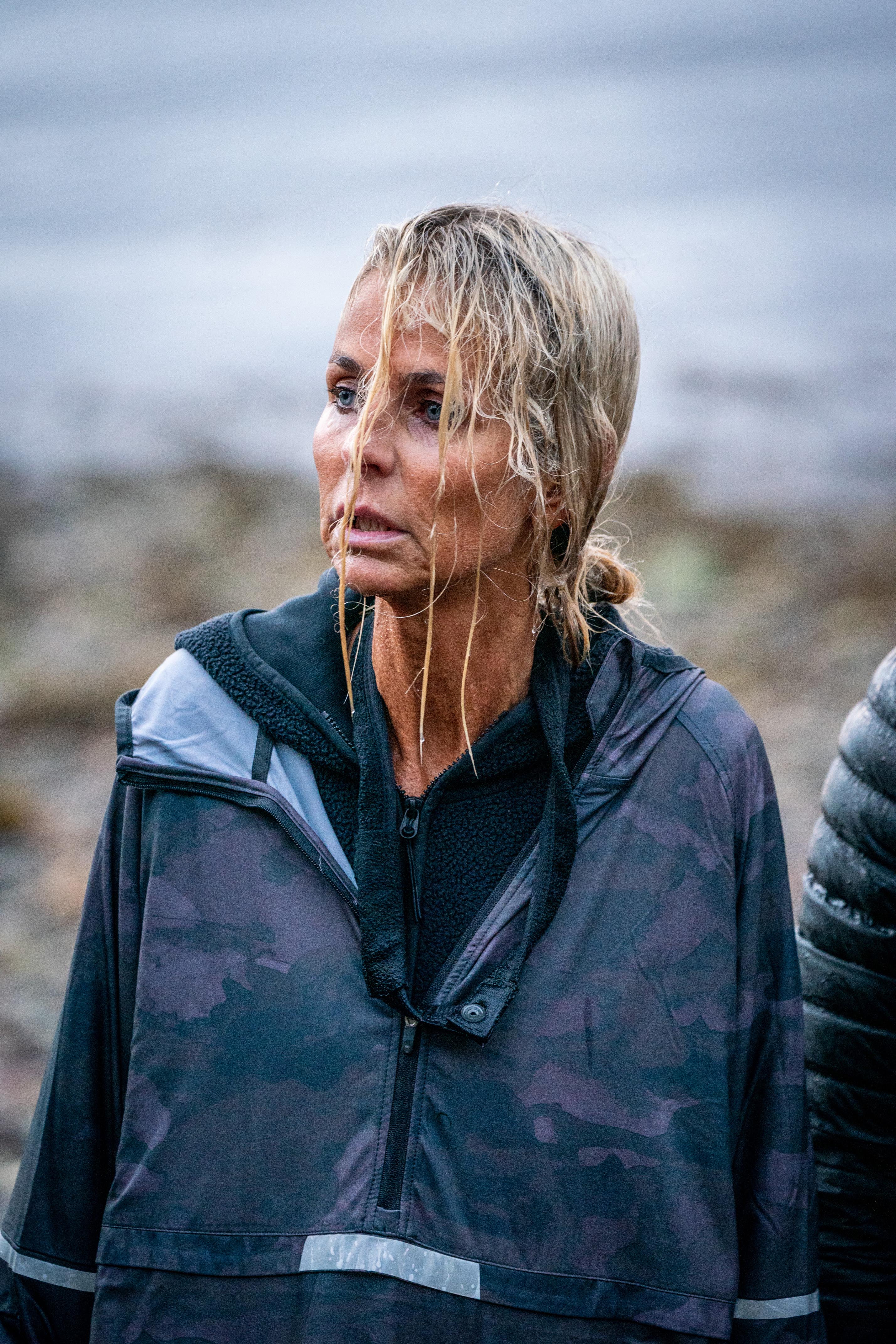 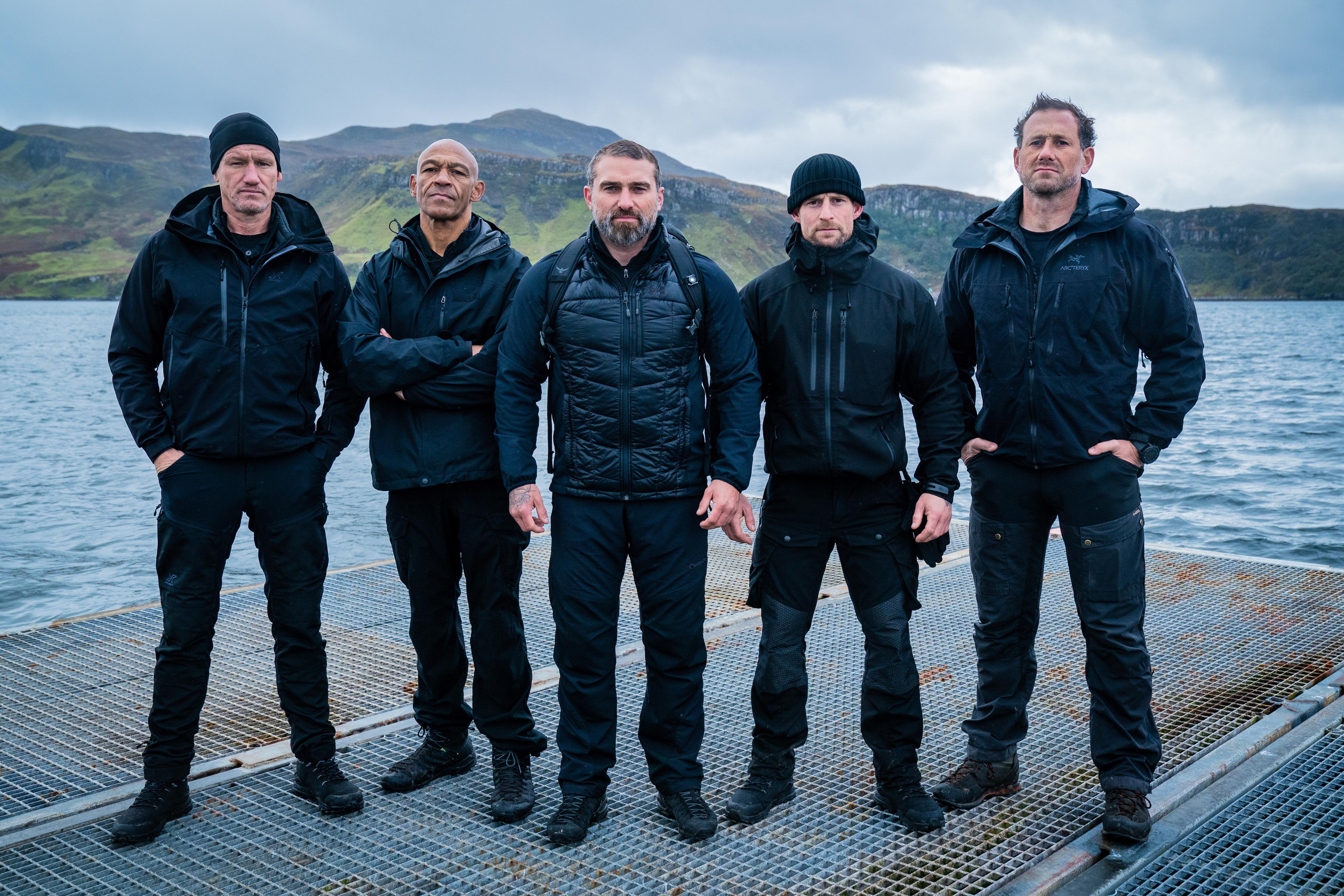