All eight episodes of Sky One’s upcoming space drama Intergalactic will be hitting screens on Friday April 30, with the series also available to stream on Now. Iona Vrolyk has opened up about her role as executive producer ahead of the show’s debut, and recalled some of the hardest parts of introducing a sprawling new science-fiction world to the screens.

Iona Vrolyk teamed with director Kieron Hawkes, showrunner Julie Gearey and a team of British TV stars to kick off the Sky One series with a thrilling first season.

Newcomer Savannah Steyn portrays Ash Harper, a young cop who teams up with a ragtag team of spacefaring criminals when she’s falsely accused of treason.

The first eight episodes of Sky’s hopeful new hit will transport viewers to a distant galaxy populated by exciting and futuristic new worlds.

However, as Vroylk explained, jetting Ash and her team to far off planets in each episode was no small task. 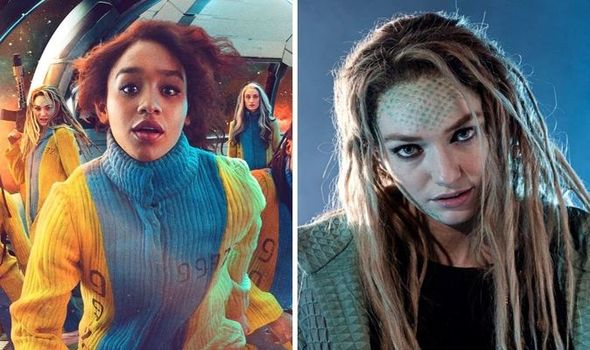 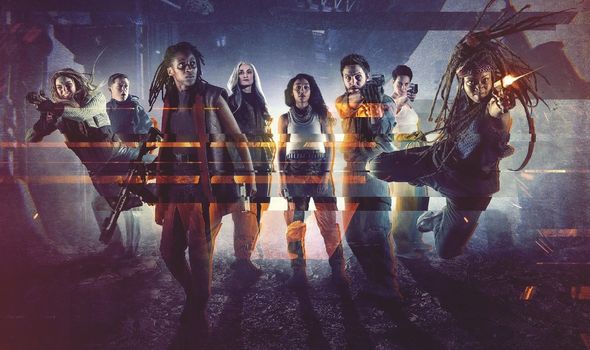 Speaking to Express.co.uk, the producer recalled: “Our show had a really healthy budget.

“But I think the challenge with any world building show and science fiction show is how do you achieve it with the budget that you have.”

Sci-fi and fantasy fans are sure to be impressed by the wide range of stunning locations, detailed sets and impressive visual effects on display in Intergalactic.

Even so, creating a distinct look for each of the first season’s eight episodes proved to be a massive undertaking for the show’s production team. 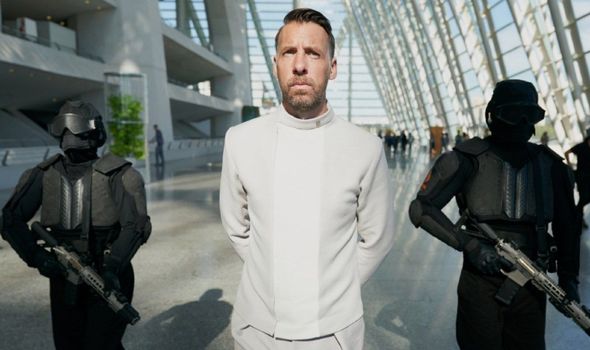 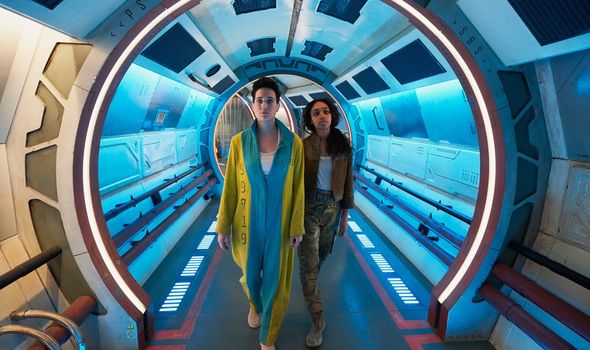 Vroylk continued: “What’s so exciting about the series is every episode has its own aesthetic, its own sets, it has different planets that they visit.

“So there was a massive challenge for the production in terms of realising the huge ambition that was in the scripts.”

The executive producer went on to credit lead director Kieron Hawkes for the series’ unique look and futuristic vision.

Hawkes, best known for Amazon Prime’s Fortitude as well as episodes of Power and Ripper Street, directs the first five episodes of the new genre series.

He is also joined by China Moo-Young and Hannah Quinn, who ensured each action-packed episode of Intergalactic improved on the last.

Vroylk admitted: “Whenever you start a show, I always worry about what could go wrong.

“Obviously when you’re creating so many worlds, how do you make sure they all work and do them all justice, but also that the whole series has a coherence.”

As Intergalactic refuses to be tied down to one solitary location, Ash Harper’s quest for freedom across a vast and dangerous galaxy had the potential to go very wrong.

Thankfully, as the producer recalled: “When these guys walked on sets it was there, and they understood what the episode was going to look like.

“Kiaran prepped absolutely everything, so every single person on that floor knew what they set out to achieve.”

Savannah Steyn is also joined by Poldark’s Eleanor Tomlinson and Line of Duty’s Craig Parkinson, so Intergalactic is already shaping up to be a must-watch for fans of prestige British drama.

Intergalactic is released on Sky One and streaming service NOW 30 April 2021.