The 28-year-old Counting On alum has been pushing the boundaries of her parents’ rules, with her ripped jeans just being the latest. 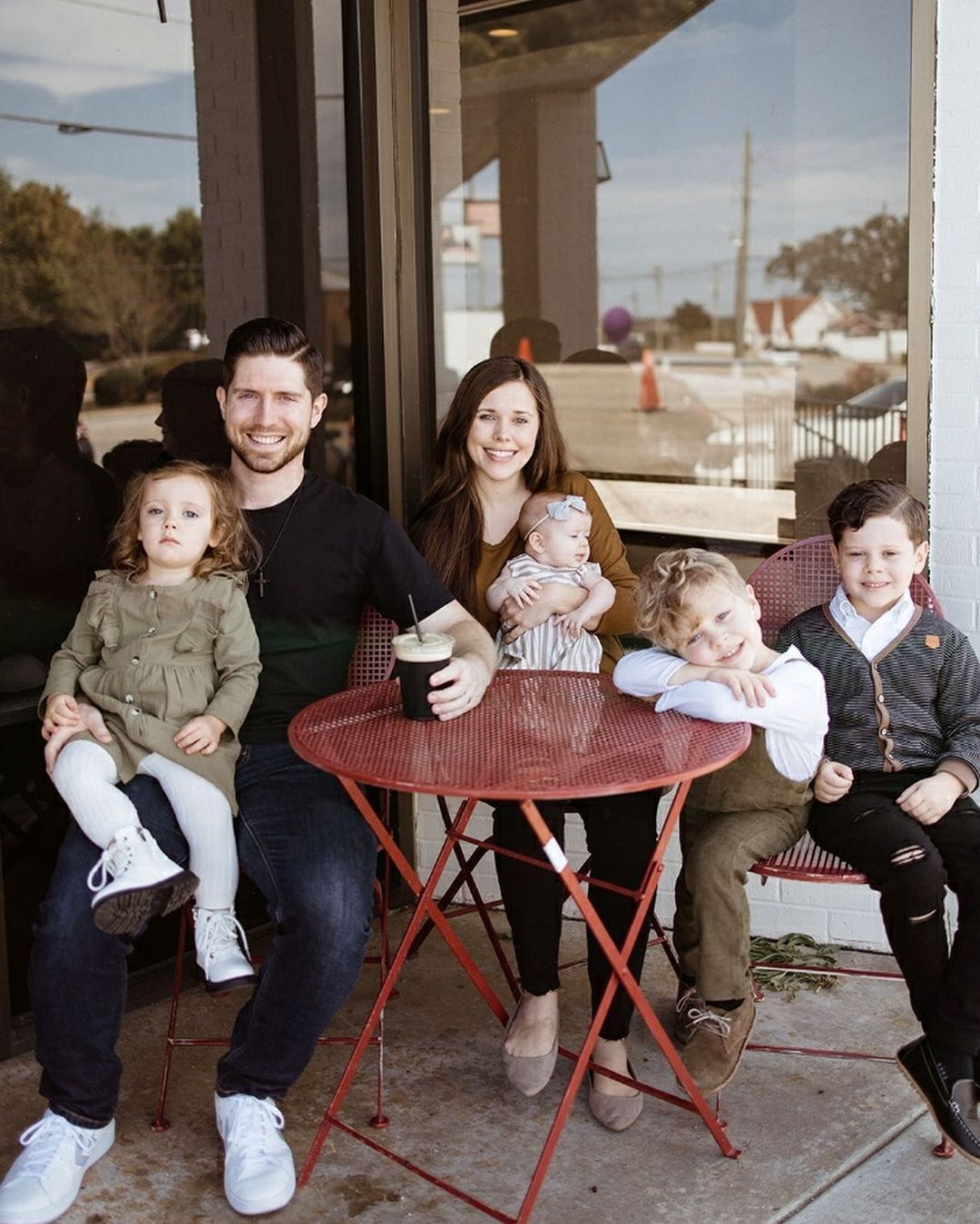 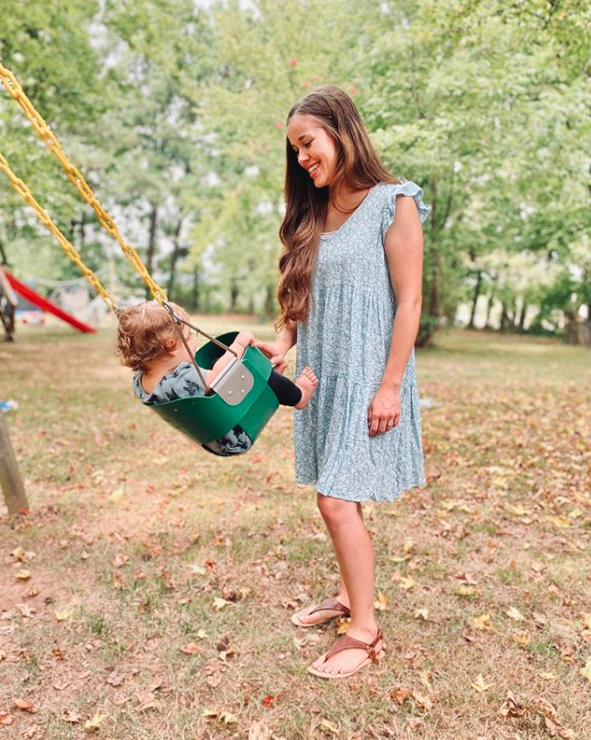 Jessa posed with her husband Ben Seewald and their four kids – sons Spurgeon, 5, and Henry, 4, and daughters Ivy, 2, and Fern, two months – to promote a new giveaway she’s holding.

Each snap featured a cup of coffee front and center, as the promotion was to win goodies from their “favorite local coffee shop,” but fans were more focused on Jessa.

The mother-of-four's attire had followers stunned as she wore a pair of tight, black pants, instead of her usual long skirts, going against Jim Bob's modesty rules.

Not only did she wear pants out and about, and post them to social media, they were also ones with rips on her thight, showing off some skin.

She allowed her son Spurgeon to wear a pair of ripped jeans, as well.

Meanwhile, her other son wore a pair of overalls and her daughter had on a dress with long leggings underneath.

Ben followed his wife’s lead and donned a pair of dark wash jeans, along with white sneakers and a black long-sleeved shirt.

“We’d love to give you a taste of our favorite local coffee shop, and what better way to do that than a giveaway,” Jessa told fans in the caption.

Fans hopped on Reddit not to talk about the giveaway but to discuss the Duggar breaking her family’s strict rules.

“This was the first time I had seen her in pants on Instagram and I just thought it was interesting,” one shocked user wrote.

They added: “It seemed like more duggar dress rebellion started popping up on social media after Jans debuted her trousers”

Another accused: “I think she just wants to look good on social media and get lots of followers.

“The skirts were starting to look too old-fashioned fundie. Gotta modern it up like the Bates girls.”

A third guessed “they played up a lot of their ‘morals’ for the show” and are now rebelling a bit since Counting On’s cancelation.

“So edgy,” one fan called Jessa’s look, while another noted that “it’s sad that we have to be surprised these grown women are wearing pants. 😢”

The famous family is said to also avoid modern music because they claim it "promotes” sex and promiscuity.

The youngsters, both sporting suits, were seen hanging out with the other guests on the dance floor, as Spurgeon held a balloon.

Ben also shared a video of himself dancing with Ivy, as the clip showed him holding the little one's hand as they rocked side-to-side.

However, it was the snap of her boys dancing that made fans head to Reddit to react, as one person wrote: "They probably realized the rule is stupid. Especially with kids. How is kids dancing wrong in any way?"

Another added: "It makes me so sad to think some of these children are stopped from moving along to music when they're toddlers. 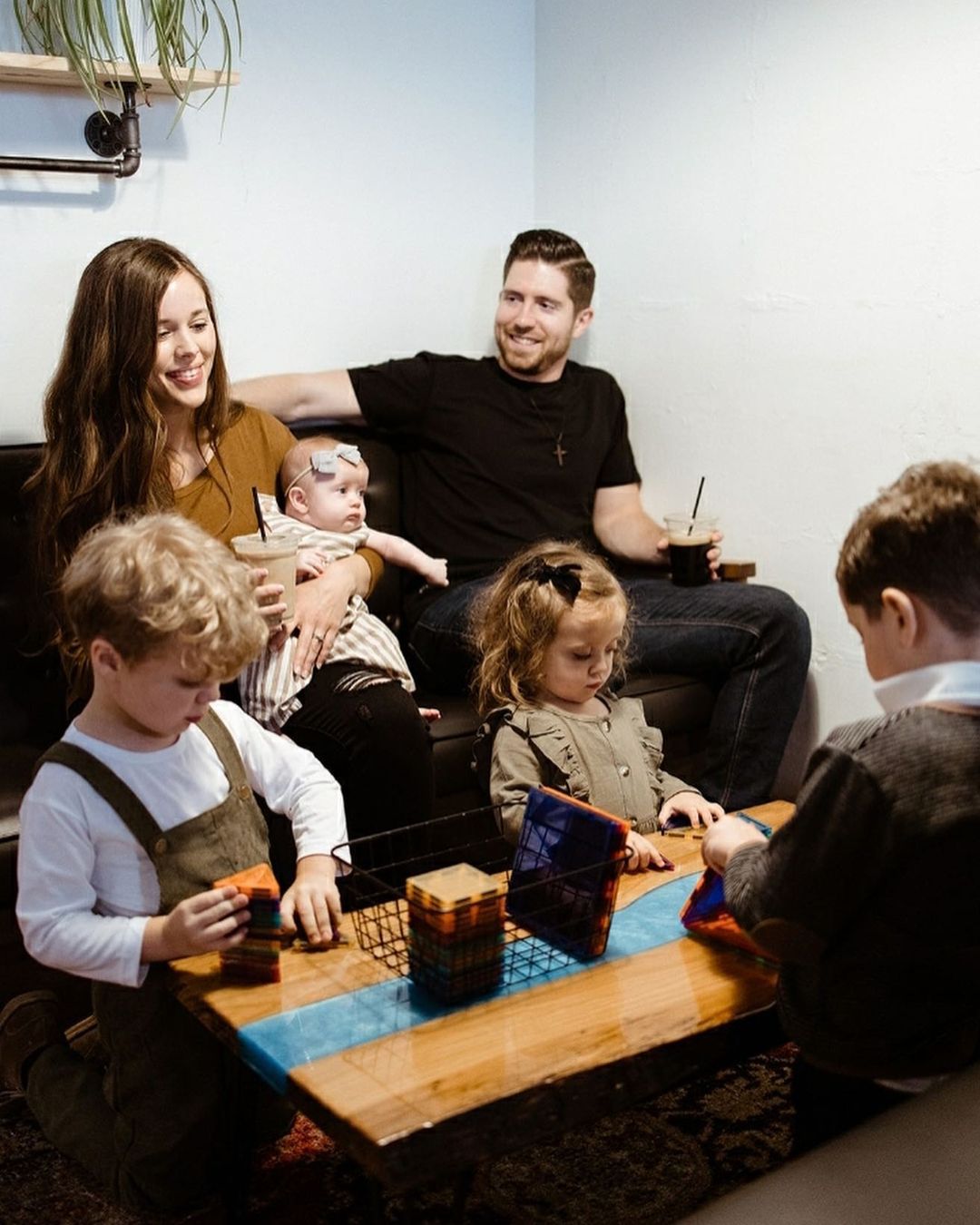 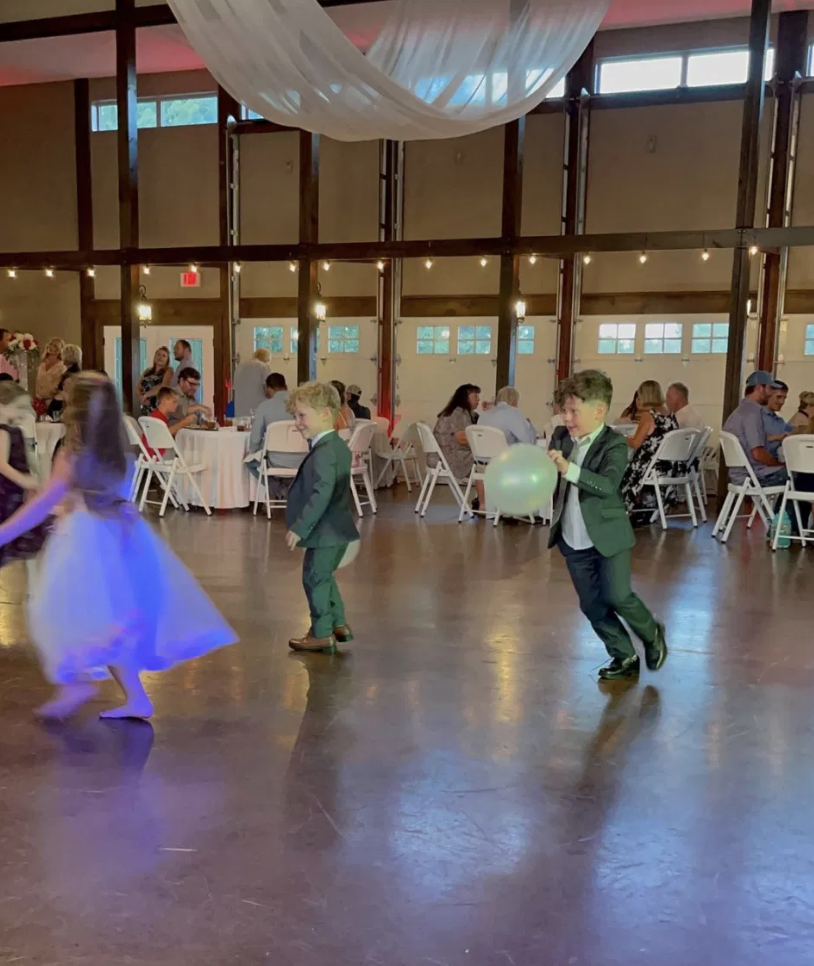