Jojo Rabbit is a new film seeing during World War Two – but it is not your average war film. It sees Jojo (played by Roman Griffin Davis) a young Hitler Youth grappling with the fact his mother (Scarlett Johansson) is stowing a Jewish girl (Thomasin McKenzie) in their attic. The film has many twists and turns, but what did that final scene mean?

Jojo Rabbit is truly heartwrenching at times, and the final scene, while also slightly silly, shows the town reeling and trying to come back from a horrific war.

So far, Jojo has come on a journey to realise that the Jews are not what he thought, and he has slowly debunked a huge amount of the propaganda served to him by his Hitler Youth leaders (Sam Rockwell, Alfie Allen and Rebel Wilson.)

As the film comes to an end, he realises even the Gestapo can not tell the difference between a Jewish and non-Jewish girl, when Elsa (McKenzie) pretends to be Jojo’s sister during an inspection.

Despite getting the date of her birth wrong, Captain Klezendorf (Rockwell) does not confess her true identity to the Gestapo officer (Stephen Merchant) and instead goes along with the lie, showing Jojo how even some of his Nazi comrades do not really want to see hurt and anguish come to Jews. 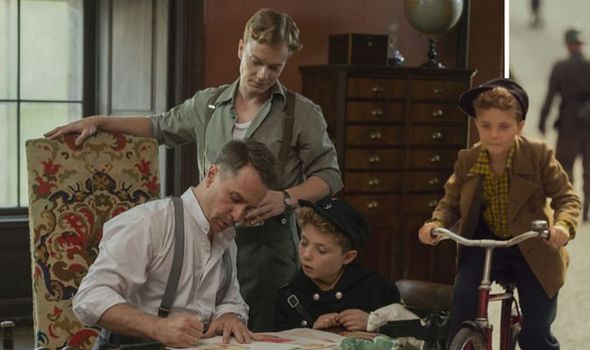 This confirms his mother was right, though sadly his mother has already been discovered as anti-Nazi by the establishment, and hanged for her crimes in a truly terrible moment.

Soon enough, the Americans arrive to free the town, yet the Nazi soldiers remain and try to get their youth to fight back and protect the town.

Jojo is given a coat and gun to shoot at the Allies but sees how stupid and reckless the war has become, especially when the Nazis have already lost, so he chooses to run away. 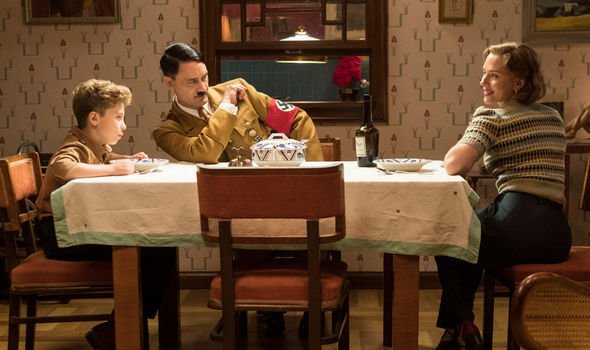 After the Allies take the town, however, despite some strange outfits and fighting from the comical Nazi officers, Jojo is rounded up with the others to be executed.

Klezendorf, however, strips Jojo’s coat from him and accuses him of being a Jew, so he can escape and live a normal life with Elsa.

Jojo returns home but lies to Elsa about the war being over, in fear she will leave him if he lets her go, as he is now an orphan with no siblings.

He promises to help her escape in an adorable fashion, pretending to be her “boyfriend” by writing her a letter. 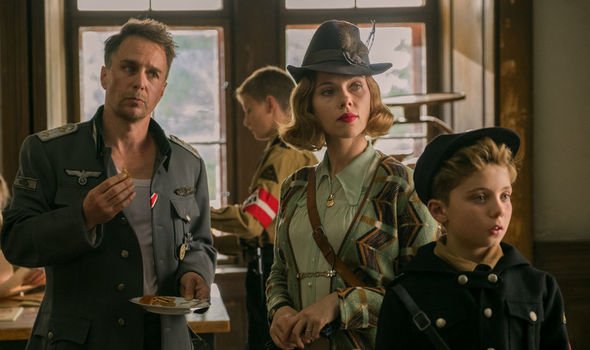 Elsa agrees and the pair leave the house, but she soon sees how the war is over, leaving her and Jojo to dance on the doorstep.

The final scene shows Jojo truly coming of age, and realising just how awful the Nazi regime was.

With this being said, however, he also sees how even those who seem to be taking part may have been brought along under false pretences, and are genuine, good people underneath, such as Captain Klezendorf.

But most of all, the final scene shows a young boy who has grown to be anti-hate, desperate to keep beside him the only person he has left in the world to love. 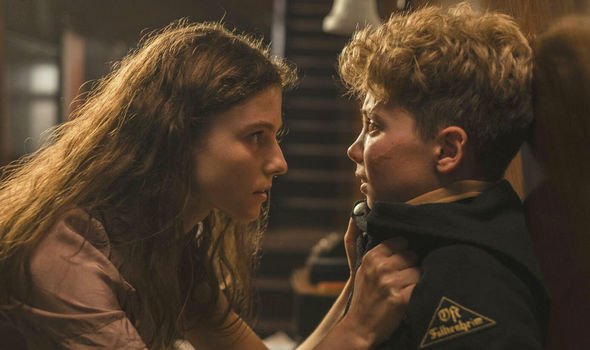 The film is, as Waititi has called it, an “anti-hate satire,” and by giving redemption to Klezendorf, while also showing the futility of the Nazi’s attempts to protect their town, Waititi shows that, at the end of it all, there is always love around in the strangest and most cruel places.

It becomes clear that even those who seem to be pro-hate can be anti-hate when push comes to shove, and Jojo realises this when he chooses to run from his former beliefs and help out his persecuted friend.

Their dance together shows the beginning of a new, fun stage of life, away from the terror and horrors they have been subjected to so far.

The ending is poignant and touching, as well as being full of humour, and encapsulates so much of what is good about Jojo Rabbit.

Jojo Rabbit is in cinemas now