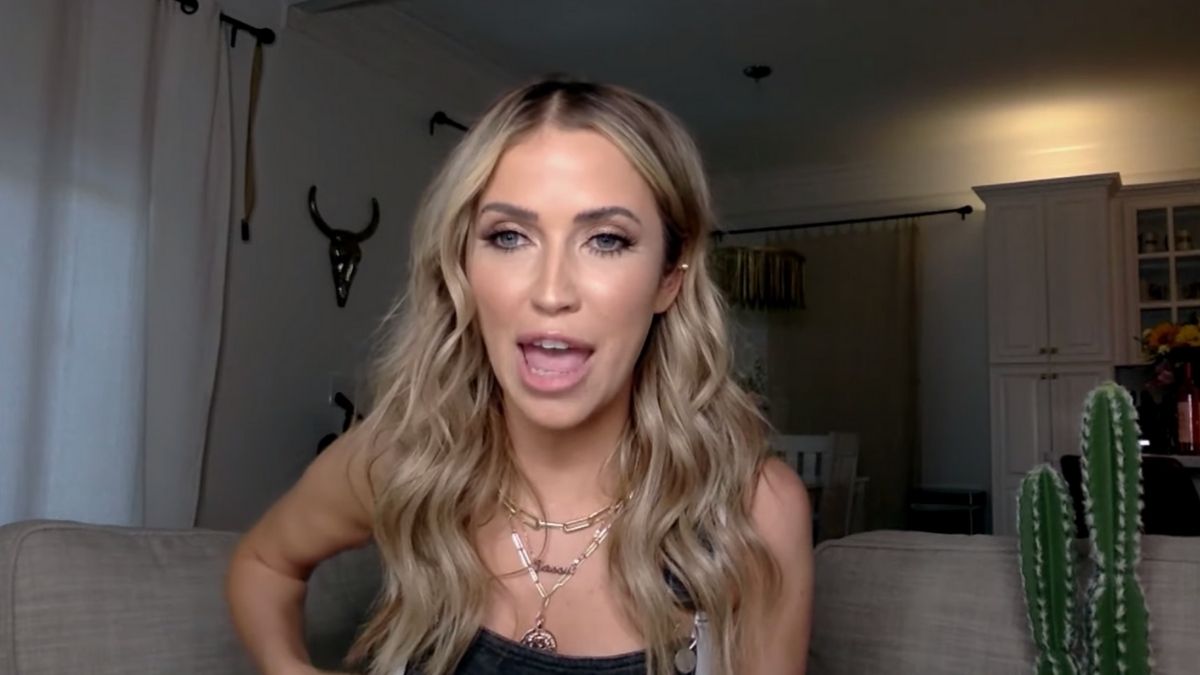 Kaitlyn Bristowe was a guest on last night’s finale of The Bachelor: The Greatest Seasons — Ever, where Chris Harrison and viewers relived Juan Pablo Galavis’ season.

Fans were initially confused as to why his season was being included in the greatest seasons ever spin-off, as his season has been criticized for being one of the worst.

However, it was the perfect lead-in for Clare Crawley’s season, which will premiere in about a month.

Since Chris didn’t interview Juan Pablo Galavis for the episode, he brought in a couple of former contestants to talk about how Clare conducted herself during the finale.

As it turns out, she’s not too proud of what she said during the interview.

On Twitter, fans reached out to her, asking her why she would say such mean things about Juan Pablo after she herself has cried on Instagram this week about how mean people are.

A follower asked her to please lead by example next time.

“I actually felt like such an a**hole watching tonight,” she tweeted. “I just didn’t like the way he disrespected Clare. I couldn’t even watch myself back tonight because I felt so mean. I was just trying to empower Clare.” 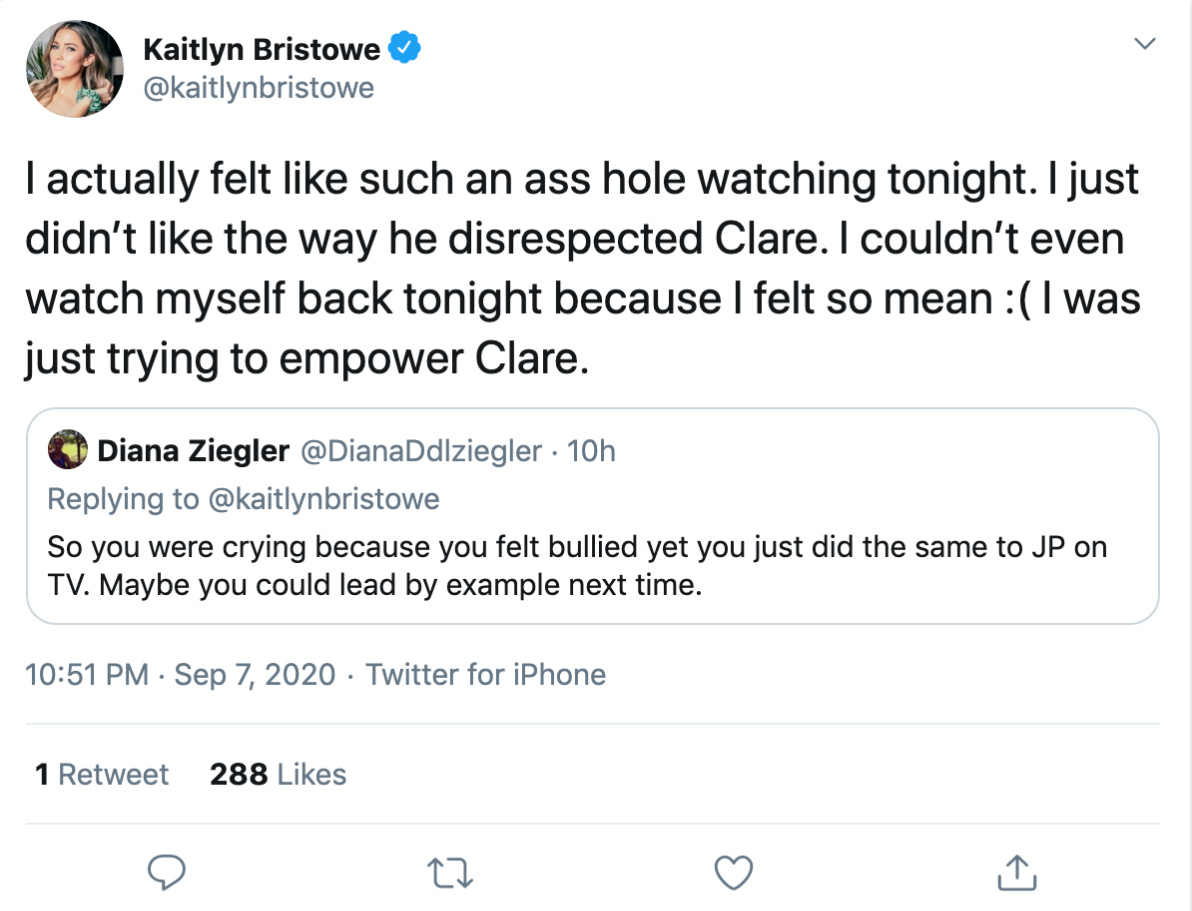 During the interview, Kaitlyn called him one of the worst Bachelors in the franchise and pointed to her cactus on the couch, saying she had named it Juan Pablo.

They all laughed at their comments. He was not invited on the show to defend himself.

The follower brought up a recent incident where Kaitlyn was caught crying on social media. She was crying because people were being mean about her looks, as she goes to join Dancing With The Stars.

She has previously revealed that going on Dancing With The Stars is one of the biggest dreams coming true. Once she’s done with the dance competition, she plans to return to Nashville with her fiance Jason Tartick.

Kaitlyn recently revealed that she’s ready to start a family, so that will be her priority once she’s done with the dancing competition.

She has also revealed that she’s ready for the rumors that she’s cheating on Jason with her dance partner, whoever that ends up being.

The Bachelorette premieres on Tuesday, October 13 at 8/7c on ABC.