Some big names from the pop and music industries have been mooted as playing Octopus on ITV’s hit The Masked Singer from Kylie Minogue to Katherine Jenkins. However, Good Morning Britain presenter Kate Garraway has emerged as the possible occupant of the Octopus mask.

The Masked Singer reaches its psychedelic finale this Saturday, with three anonymous celebrities in a pitch battle to be crowned the series winner.

Hedgehog, Queen Bee, and Octopus are the final three in the running, after the semi-final knocked out two celebrities.

Denise van Outen was revealed to be Fox and Cee-Lo Green had the blue fur of Monster peeled back to expose him within the cavernous costume.

This leaves three celebrities tucked within their extravagant outfits, all waiting to be unveiled to the panellists and the audience. 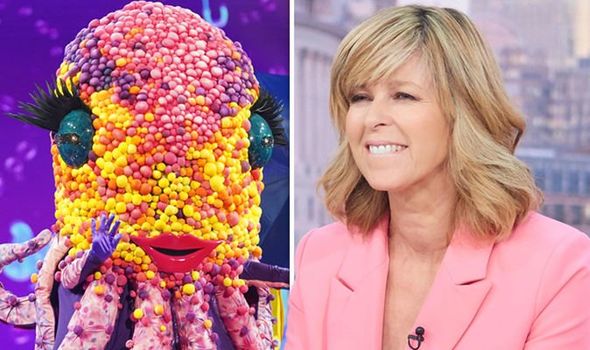 Out of the three, Octopus has perhaps been the toughest to guess due to the scale of the costume.

Costume designer Tim Simpson has spoken about the onerous nature of Octopus’s costume, which is so heavy it had to be altered.

He said whoever is inside needs to be “fit” and “robust” to be able to wear the cumbersome cephalopod. 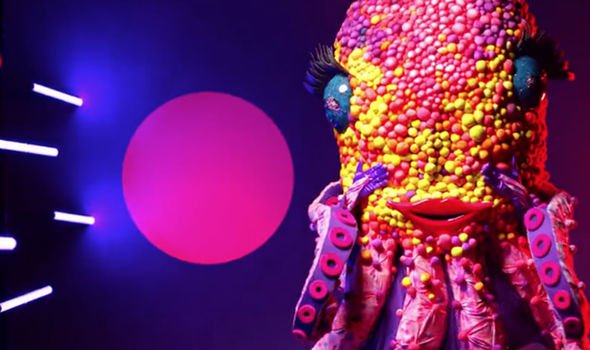 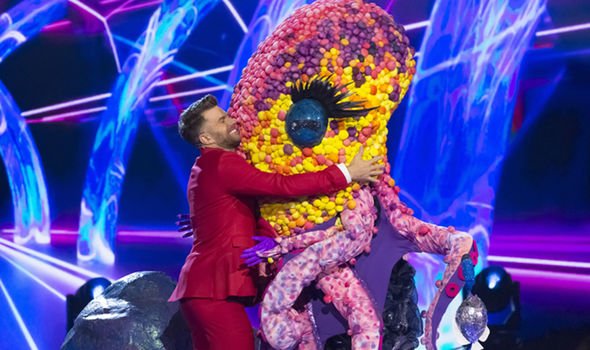 As the show nears its finale, a new name has been touted to be lurking inside Octopus.

There could be some feasibility in naming Kate, as she proved in last year’s series of I’m a Celebrity…Get Me Out of Here! she’s resilient and capable of handling physical tasks.

But might Kate be capable of holding the notes which Octopus has wowed audiences with?

Earlier in the series, Octopus admitted to visiting the gym frequently and some fans believe they have worked out the identity of the celebrity.

Octopus appears to be a polyglot, which combined with her love for the gym and vocal ability, has many viewers certain the celebrity is opera singer Katherine Jenkins.

One fan tweeted: “Octopus can sing in Russian, Italian, German, Spanish, Welsh, Latin and Mandarin – which all happen to be languages sung by Katherine Jenkins!”

Express.co.uk has contacted Kate Garraway’s representative for a comment about her possible participation in the show.

Earlier today Kate was involved in another surprise, as she and Good Morning Britain co-host Ben Shephard had a rare falling out.

The GMB hosts became embroiled in a feverish debate about the use of reclining seats on short-haul flights.

Fans labelled Ben “rude” as Kate said they were going to have their first row in “20 years”.

The Masked Singer concludes on ITV this Saturday at 7pm.