KATIE Price's fiancé Carl Woods pulled a dent out of their rented muscle car with a plunger ahead of the couple's wedding in Las Vegas.

The car dealer, 32, used his experience with motors to fix the wheel arch on the pale blue Dodge Challenger as Katie, 43, watched on. 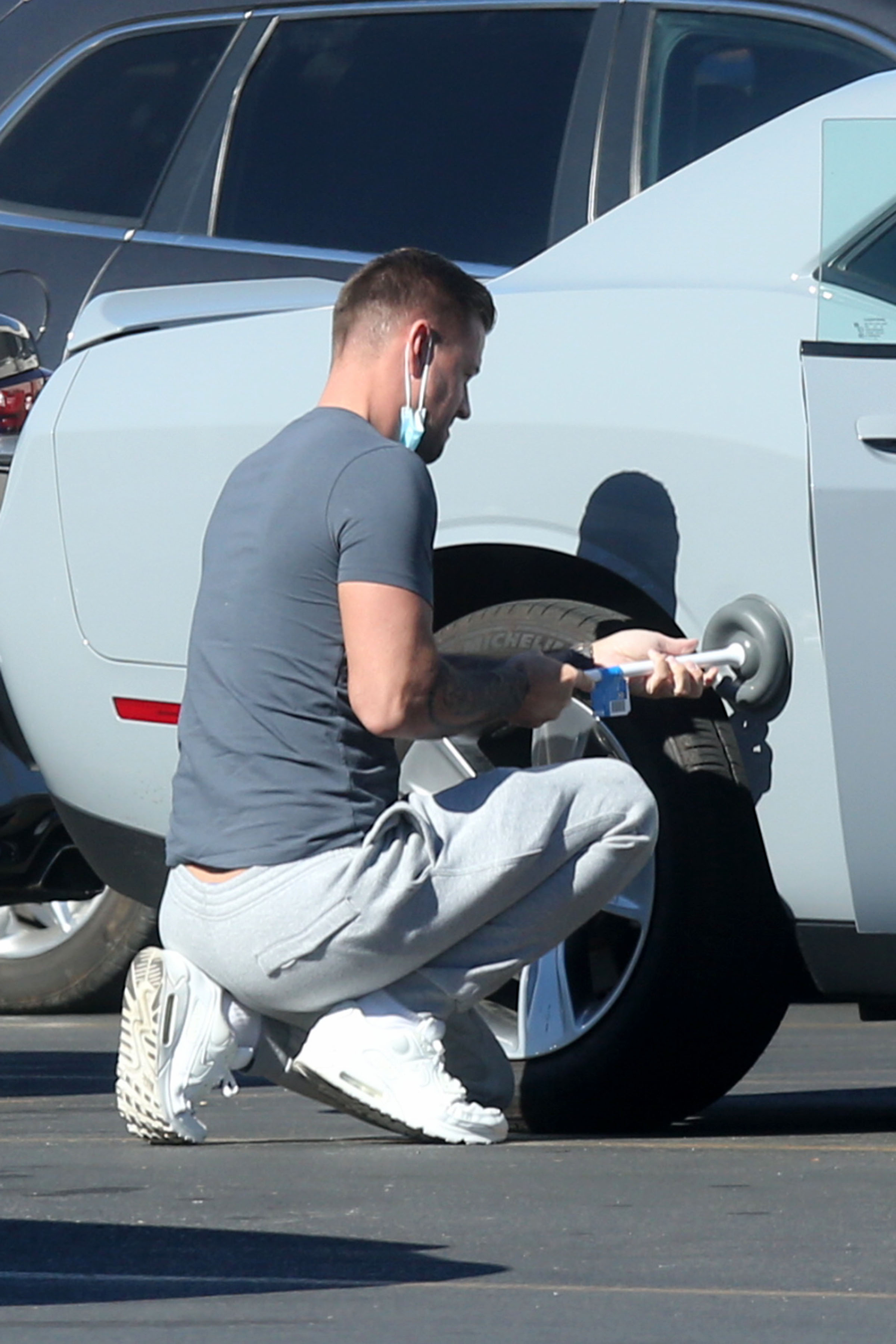 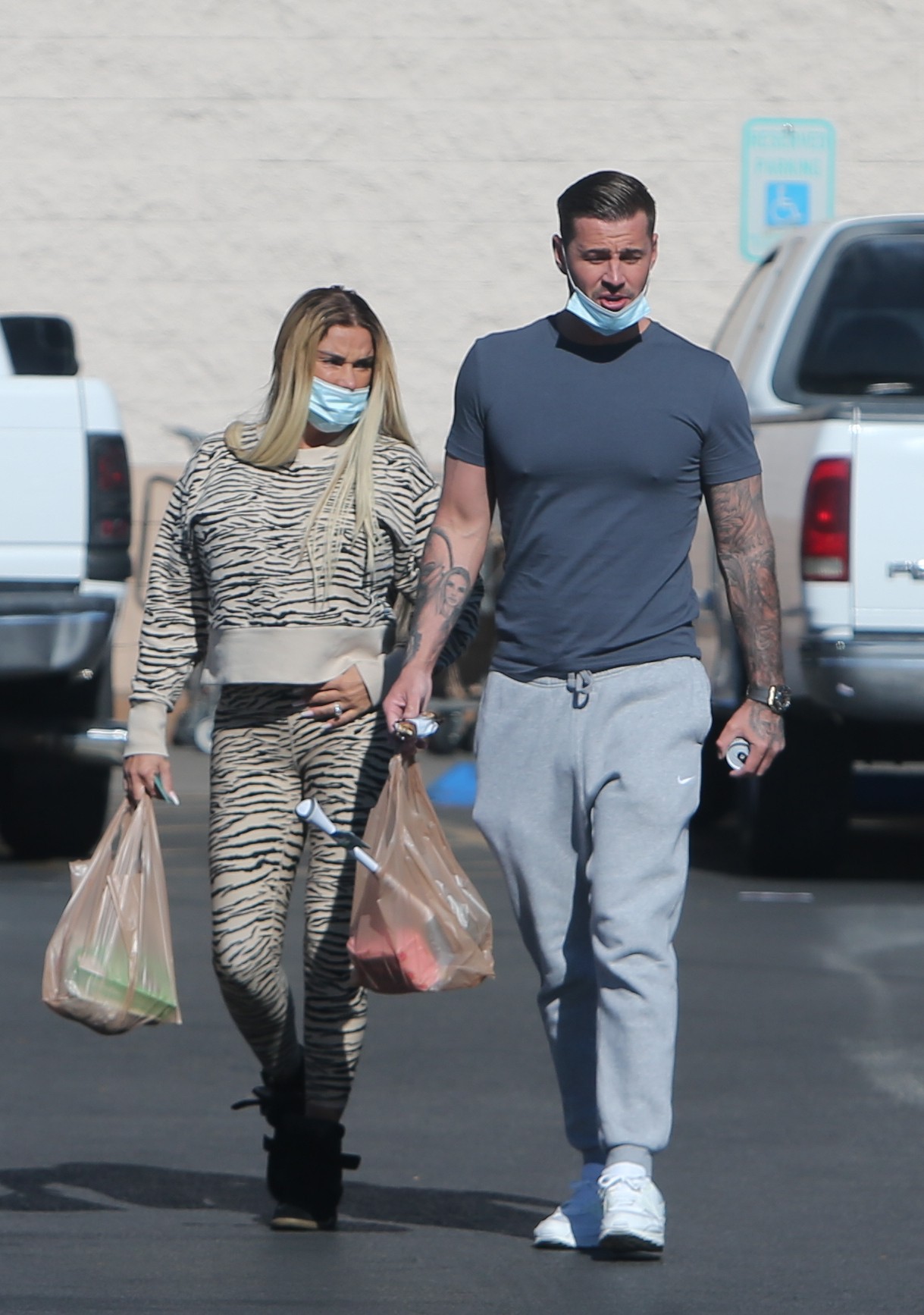 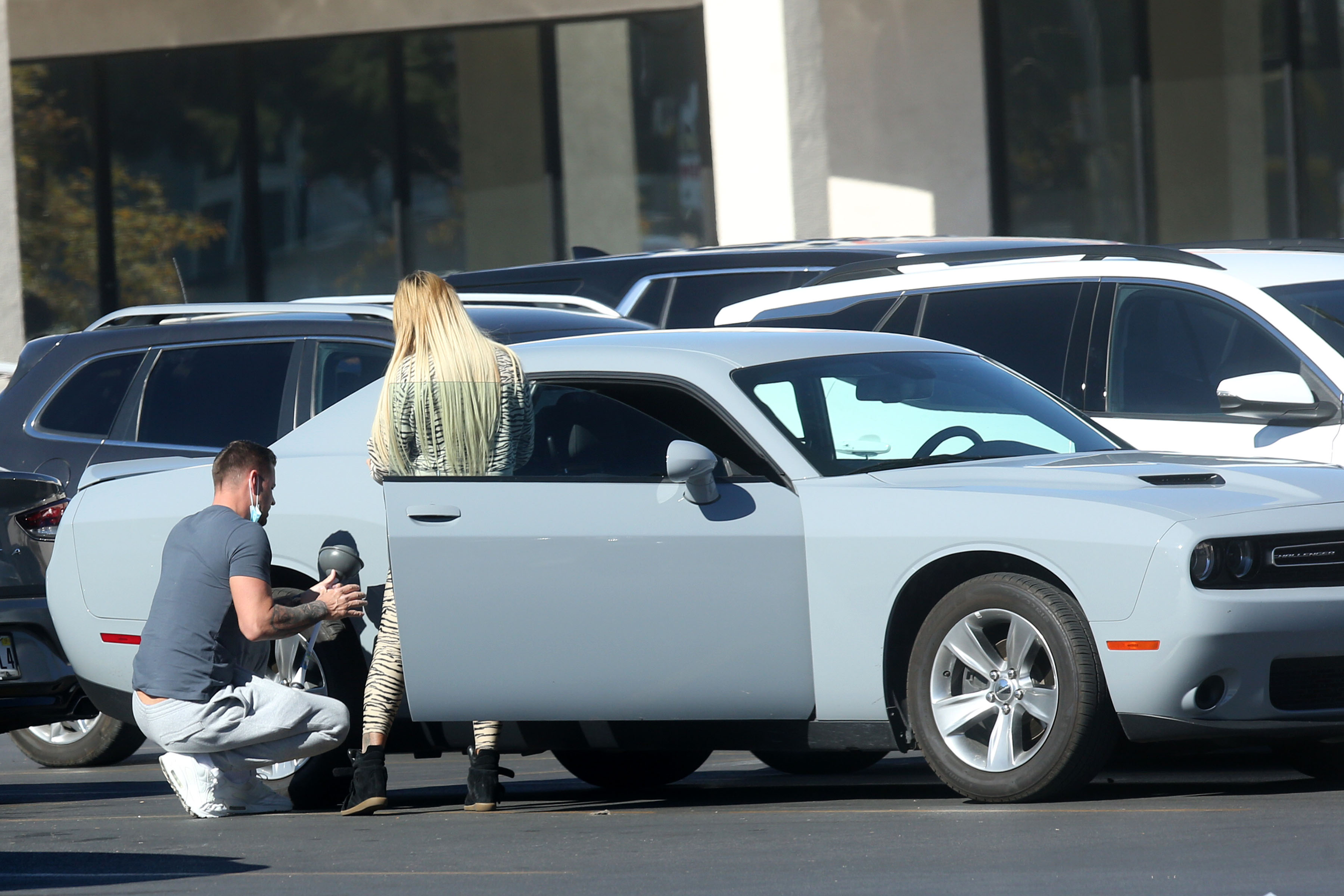 The bride-to-be wore an animal print jumper with matching leggings, while Carl kept things casual in grey jogging bottoms and a tight T-shirt.

They held hands in the Nevada sunshine as they crossed the car park with carrier bags after visiting a nearby store to pick up the plunger.

Carl crouched at the rear wheel and put his back into the touch up job.

The Essex chap previously showed off the vehicle on Instagram.

Beaming as he posed beside it on a desert road, he said: "When in Vegas… play with muscle cars."

In another shot he sat on the roof of the car, with the focus on the mean motor's front grill.

In the last few days, Katie and Carl have taken in the Vegas sights, cruising the famous strip and visiting the Grand Canyon.

Carl calls it his favourite place in the world having visited a whopping 32 times, while Katie previously wed ex Alex Reid in the city.

She and Carl were also photographed picking up their marriage licence as well shopping in a bridal store.

🔵 Read our Katie Price live blog for the latest updates

Katie ruled out partying in Vegas following her guilty plea for drink driving, driving without a licence and driving while disqualified after she crashed her BMW back in the UK.

She was recently treated for addiction issues in the Priory, but just days ago was was seen drinking vodka cocktails and was accused by fans of being drunk when she reunited with her friend Cami Li on Thursday night.

The mum-of-five will be hoping wedding number four is her happily ever after failed marriages to Peter Andre, Alex Reid and Kieran Hayler.

Kieran, who is dad to two of Katie's kids Jett, eight, and Bunny, seven, is said to be furious about her latest marriage, claiming she hasn't taken their kids' views about the relationship into consideration. 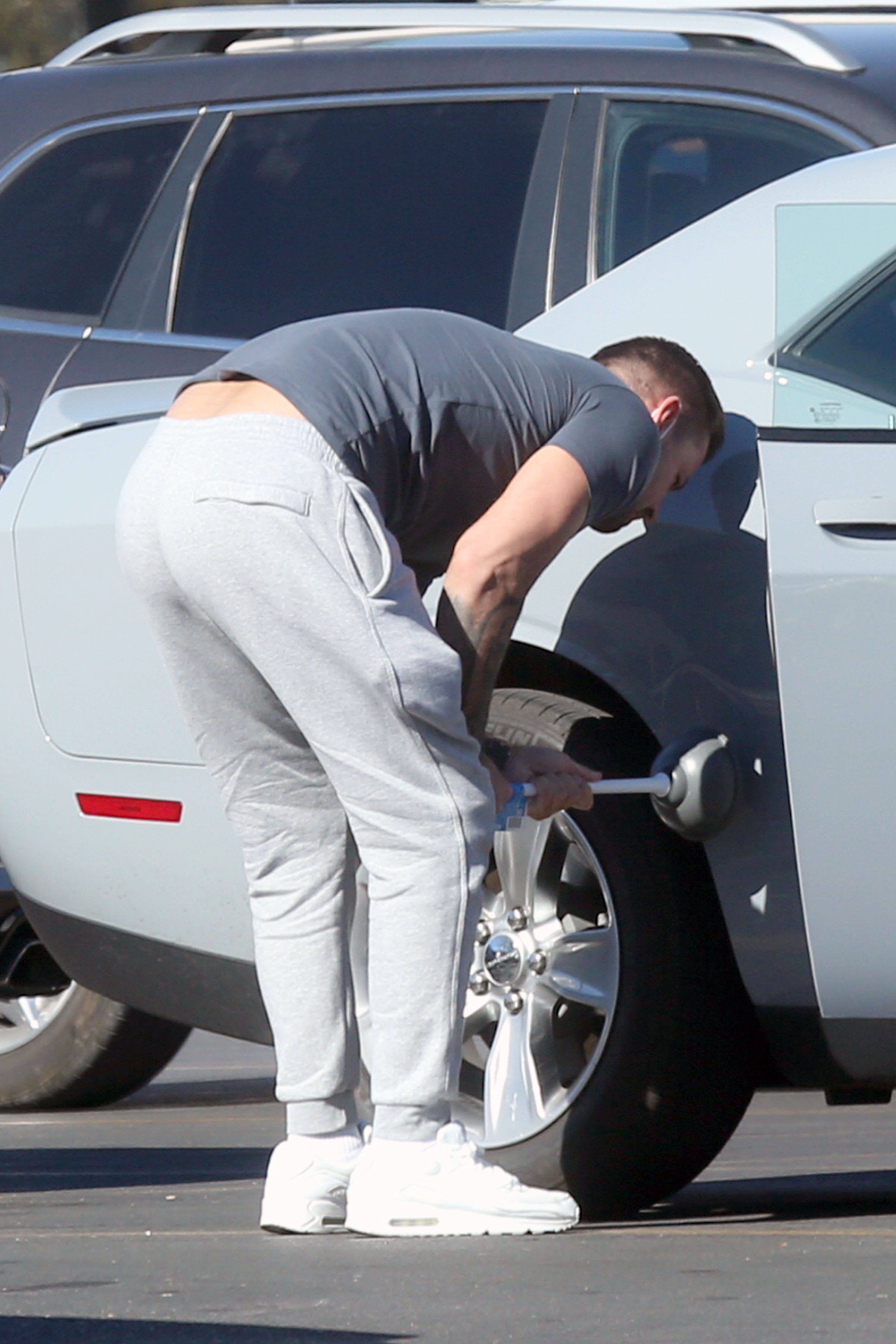 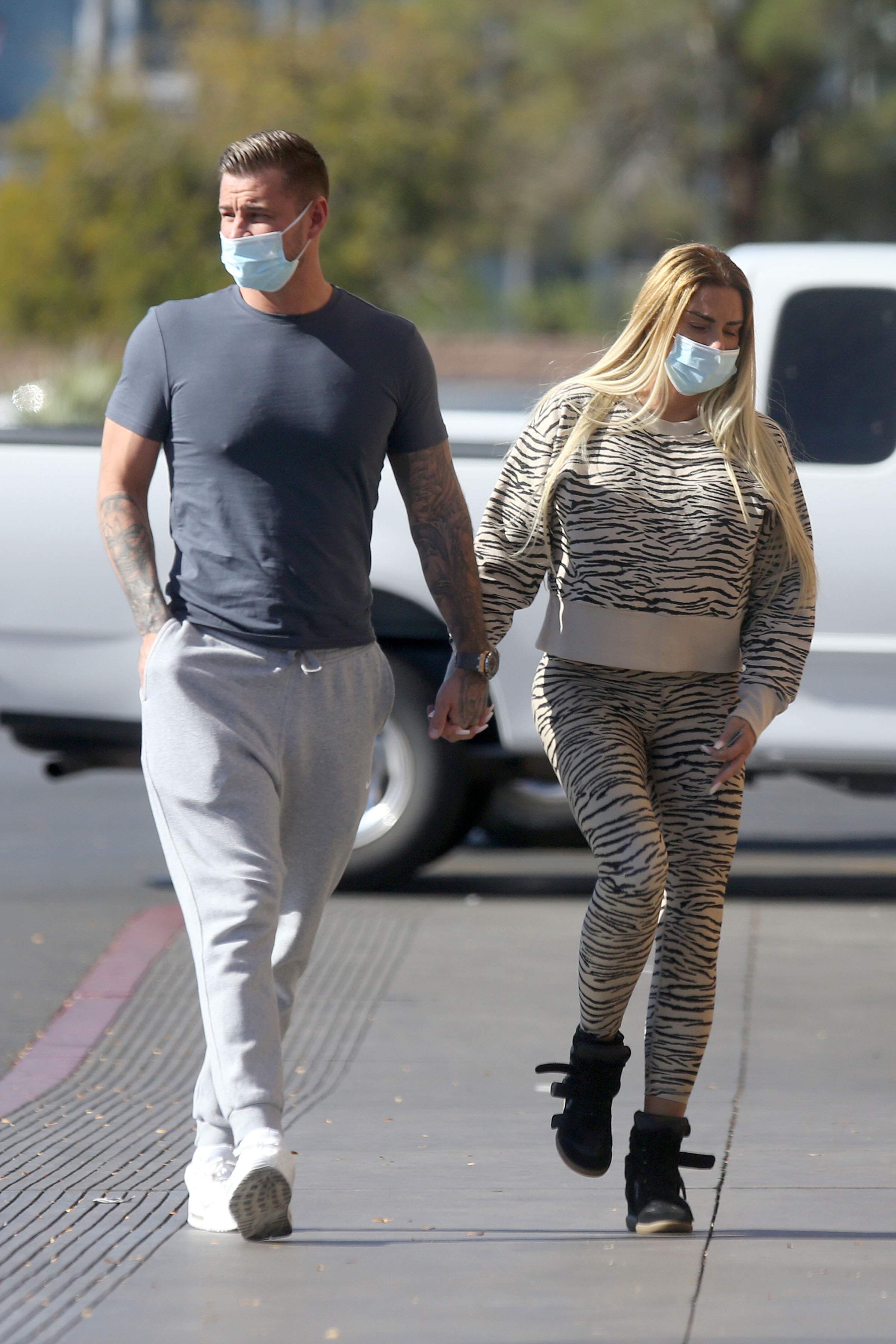 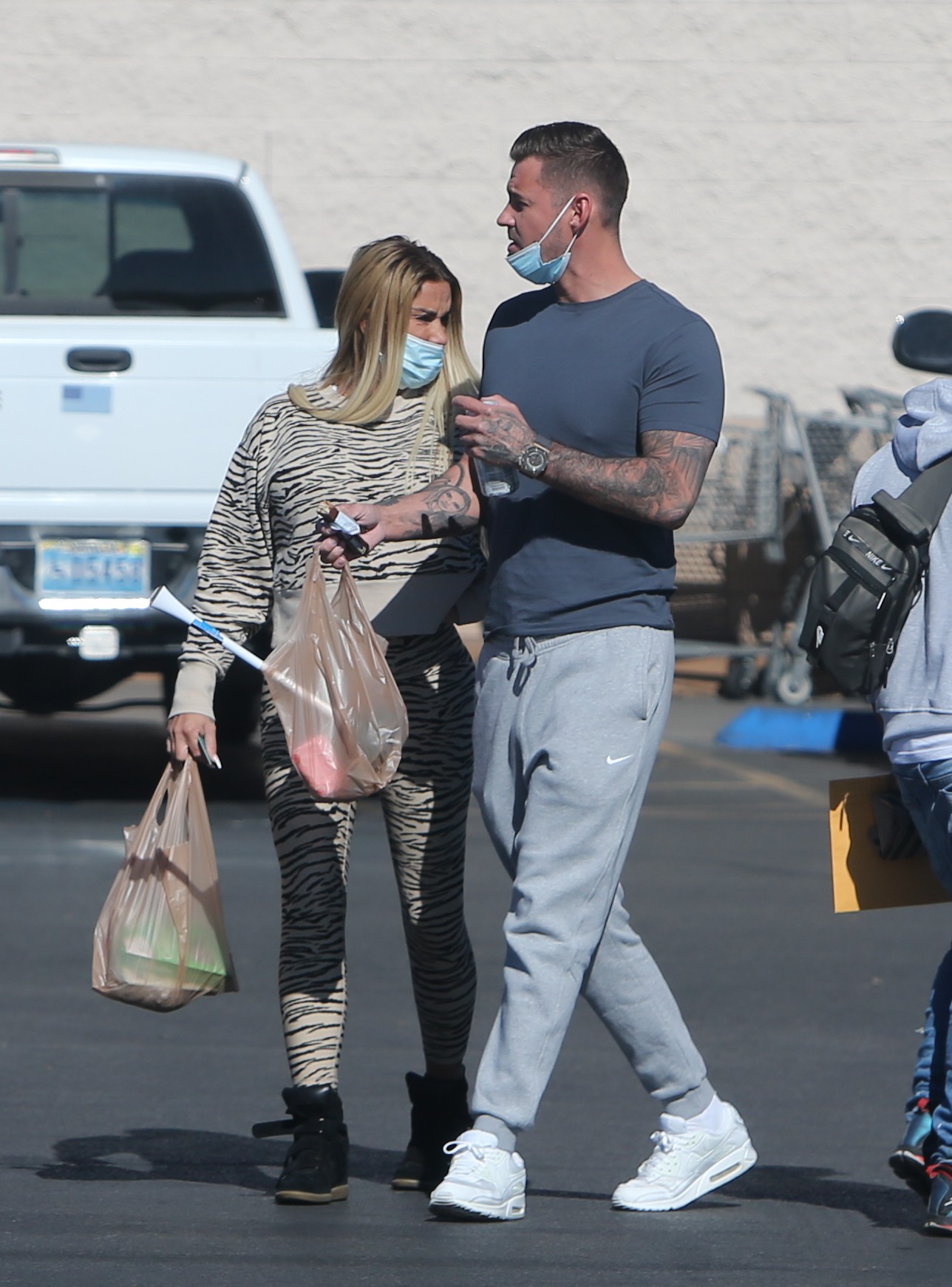