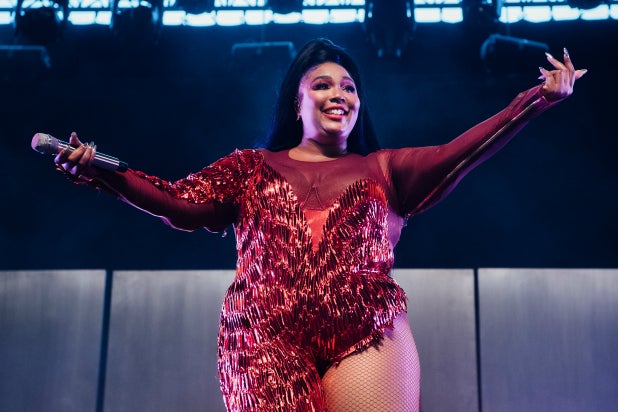 With the presidential election just weeks away, stars are taking every opportunity to encourage their fans to vote — including at Wednesday night’s Billboard Music Awards.

The clearest message of the night came from Lizzo, who accepted her award for Top Song Sales Artist in a black dress with the word “VOTE” emblazoned in stark white letters across its entire surface.

“I’ve been thinking a lot about suppression and the voices that refused to be suppressed,” the “Truth Hurts” singer said after quickly thanking her team and fans. “I wonder would I be standing here right now if it weren’t for the big Black women who refused to have their voices be suppressed.”

She then turned to address the viewers at home directly: “I just want to say right now, if you’re at home and you are thinking about changing yourself to feel worthy, this is your sign to remain true to who you are,” she said. “Let me tell y’all something. When people try to suppress something, it’s normally because that thing holds power. They’re afraid of your power.”

Lizzo was not the only winner on Wednesday to encourage viewers to exercise their right to vote. Top Female Artist winner Billie Eilish used her time on stage to encourage both voting and mask-wearing.