BARBARA Windsor's husband Scott Mitchell paid tribute to his late wife at today's London Marathon by running in a T-shirt emblazoned with her face. 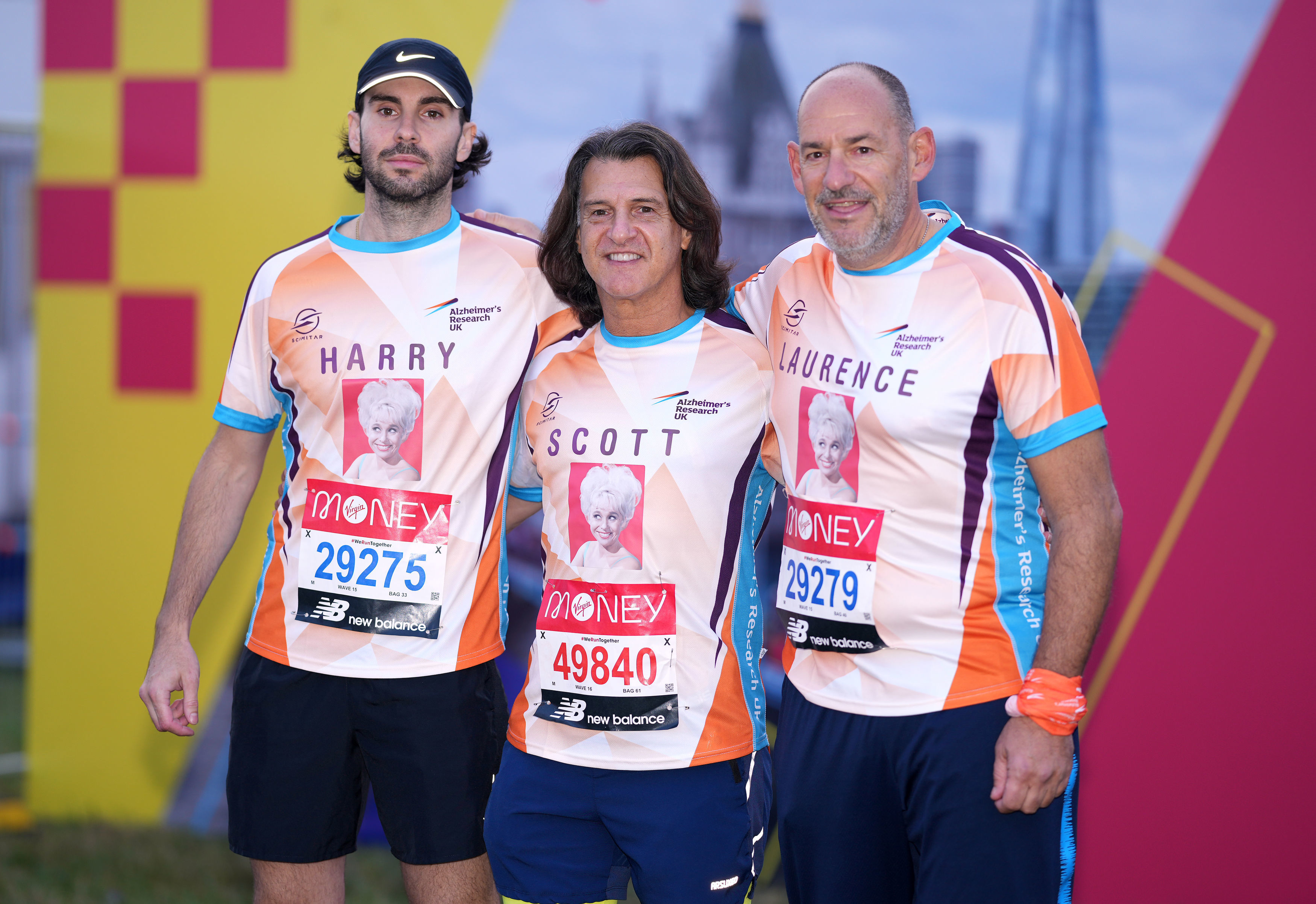 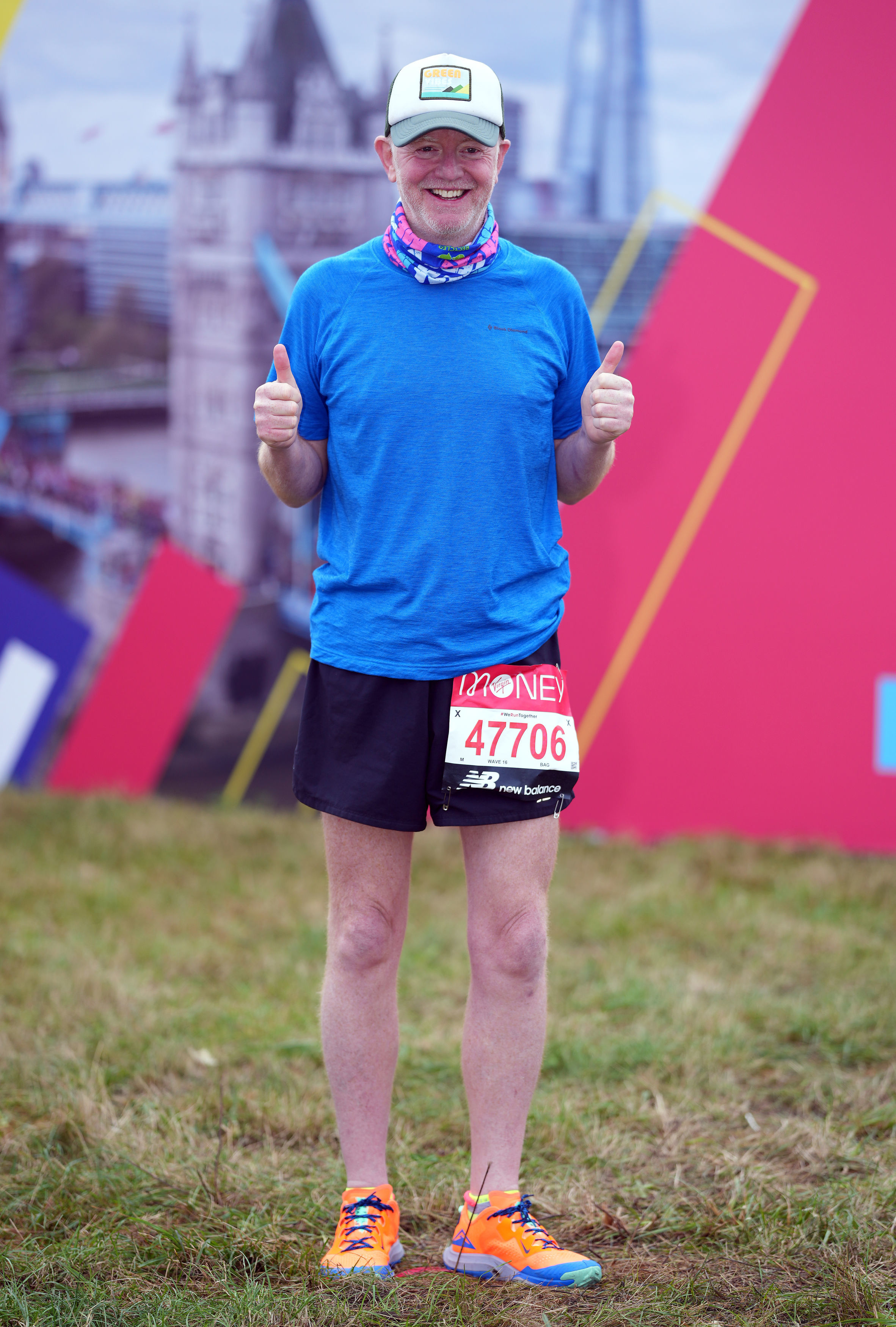 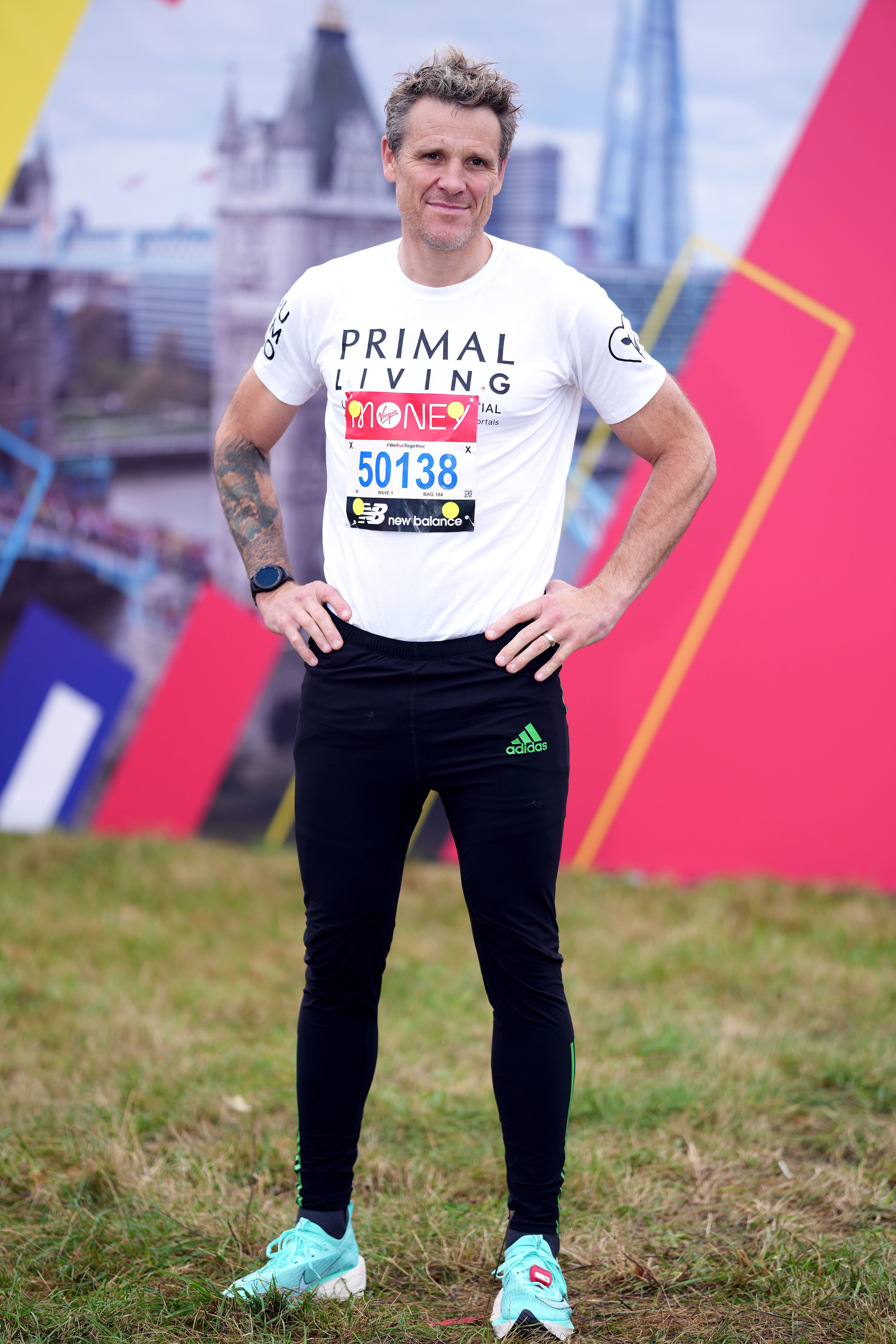 Her husband Scott is running the 26.3mile distance to raise money for Alzheimer’s Research UK.

Today he smiled alongside his co-runners close to the start line as he prepared to set off.

"I talk to her when I’m running. I think you do it, it’s part of grieving and we all go through, unfortunately, those things when you do grieve.’

"I do like to try and keep a fairly positive stance on it. Dame Barbara was an incredibly positive lady. The way you saw her, that was her attitude towards life. She loved helping other people, she loved doing things."

Virgin Radio's Chris Evans gave a double thumbs up ahead of the race.

The DJ has run the marathon six times before with a best time of four hours 39 minutes coming in 2016.

James Cracknell is also tackling the course once again.

The Olympic rowing legend and Celebrity SAS star is no stranger to gruelling physical acts and looked to be relishing the challenge today.

EastEnders star Tanya Franks is another running in support of Alzheimer's Research UK.

Mark Wright had to pull out of the run at the last minute after a painful calf tear.

But he turned up to cheer on the runners from the sidelines and vowed to be back next year.