The reality TV hunks dressed up in women's clothes for the hilarious venture, which was all for a good cause. 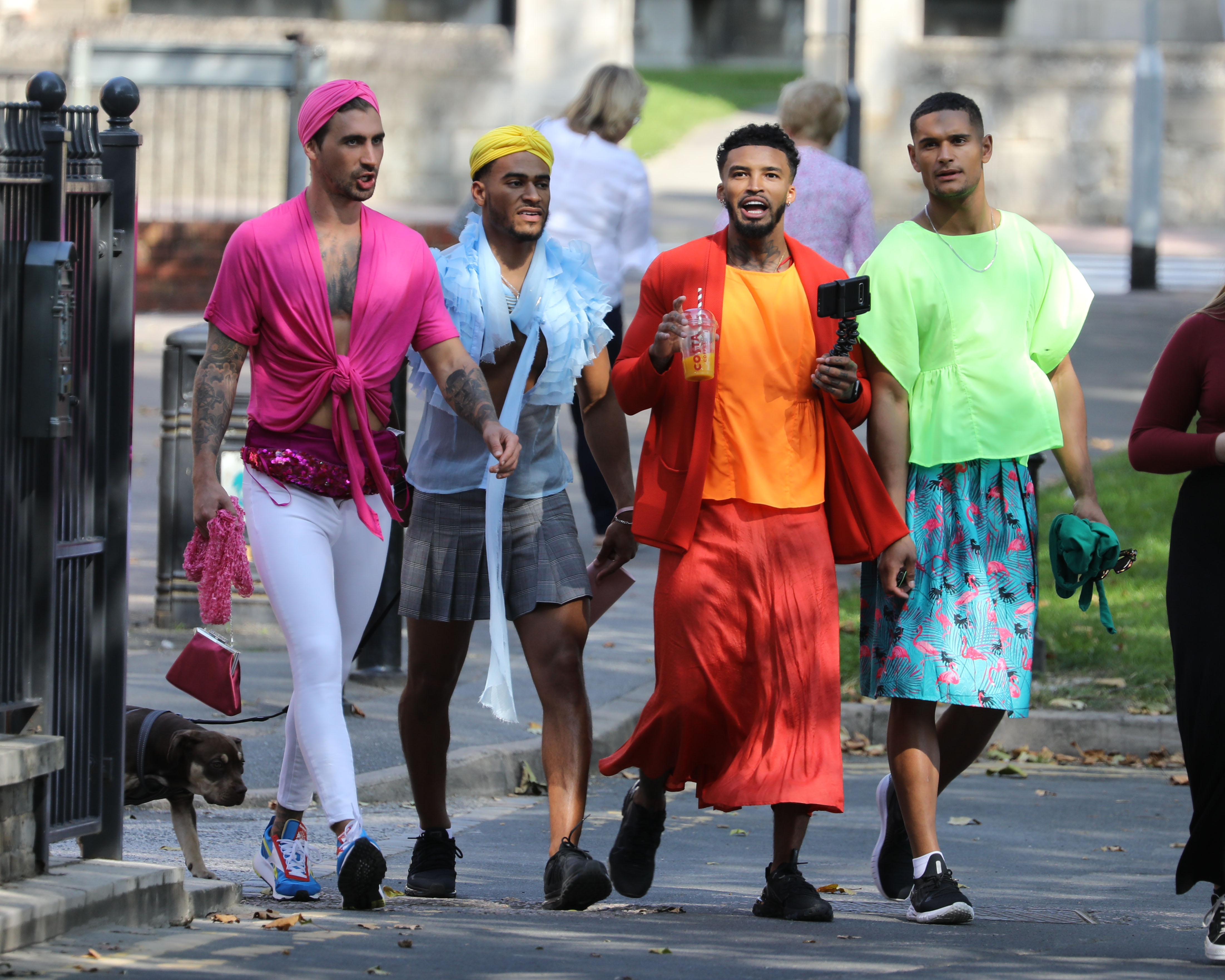 Pictured running down Epping high street, Chris looked super stylish in a pair of tight white skinny jeans and a bright pink crop top which he teamed with a matching turban.

His former Love Island contestants wore equally as bright colours, with Danny opting for a blue skirt that was covered in pink flamingos.

He teamed the snazzy garment with a bright green top but left his high heels at home and wore black trainers instead.

Michael wore a bright red skirt and a matching blazer with an oversized orange top. 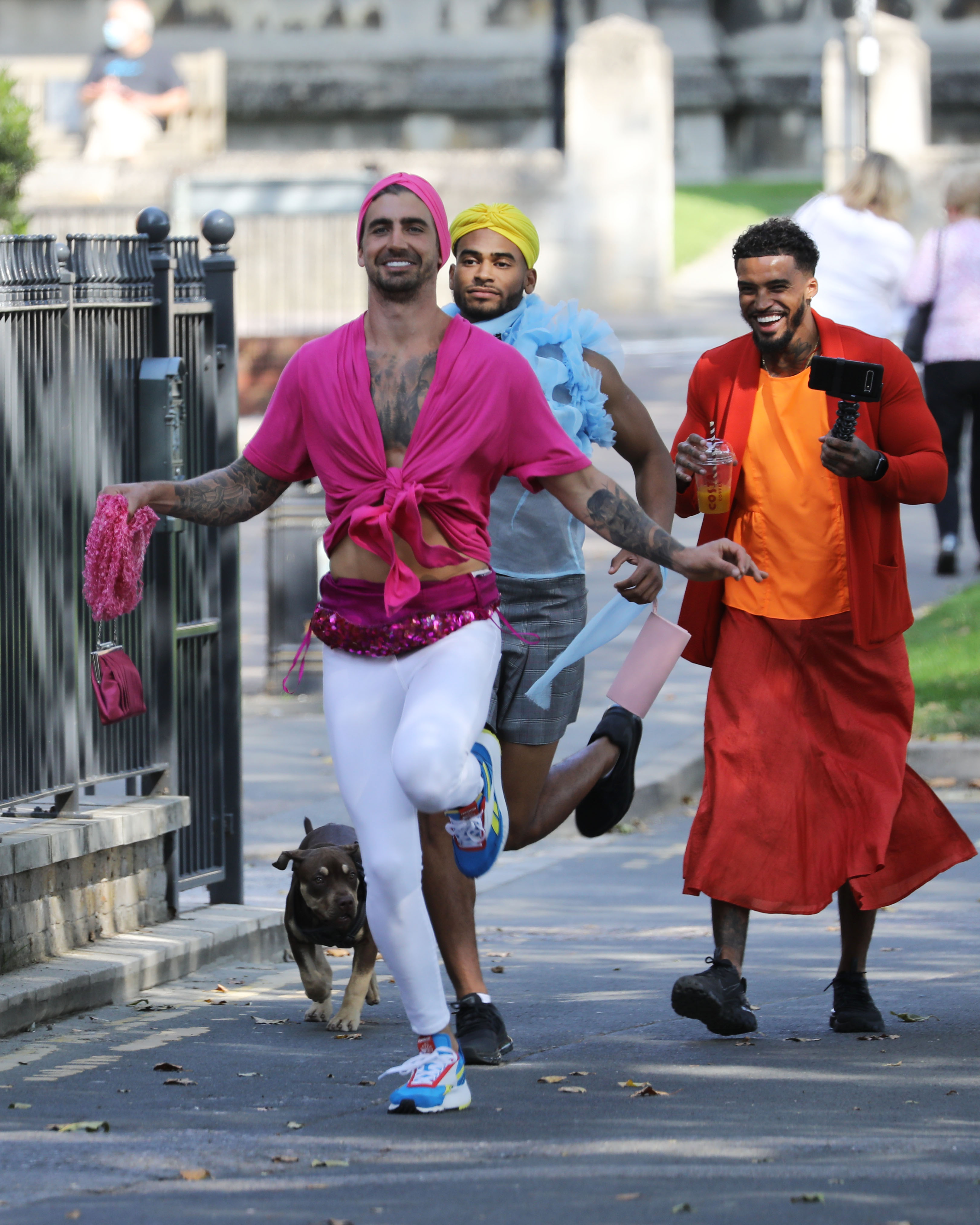 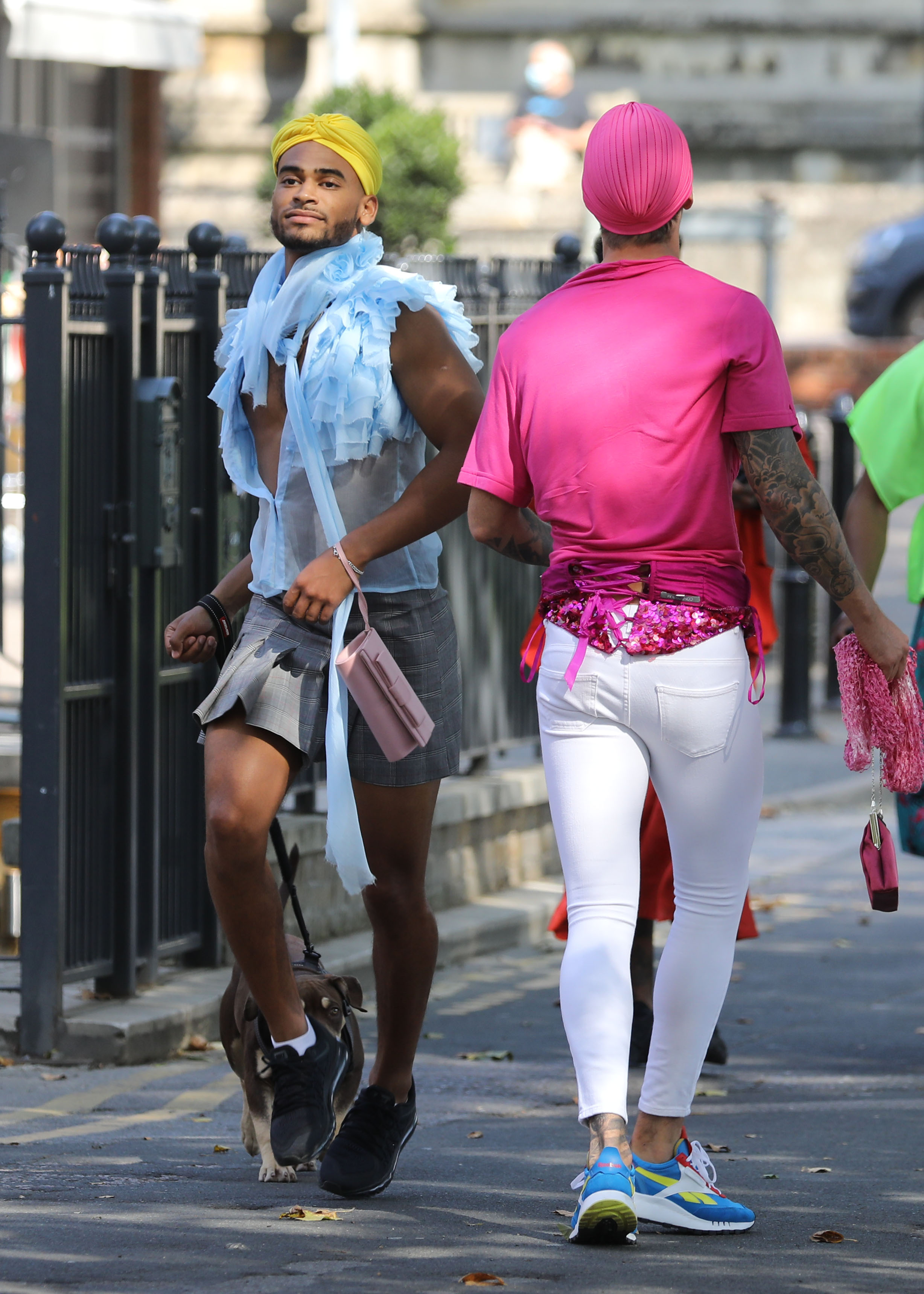 Jordan decided to flash a bit more flesh than his pals and opted for a pleated, checked mini skirt and a blue top which he accessorised with a yellow turban.

The four men even brought a dog along for the day out as they raised money for a HIV charity.

Chris and co – who found fame on the 2019 series of Love Island – and were clearly keen to use their platforms to do some good. 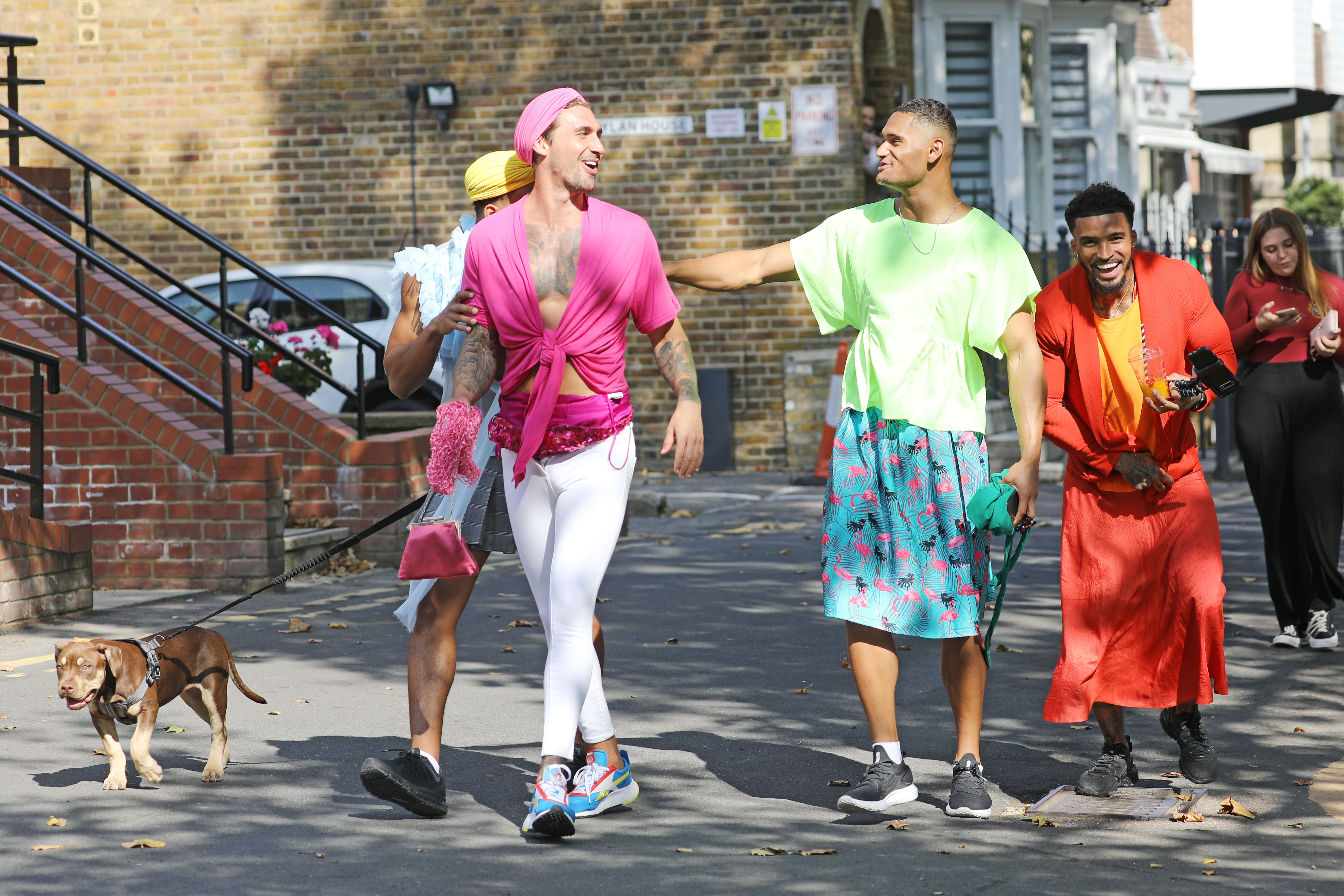 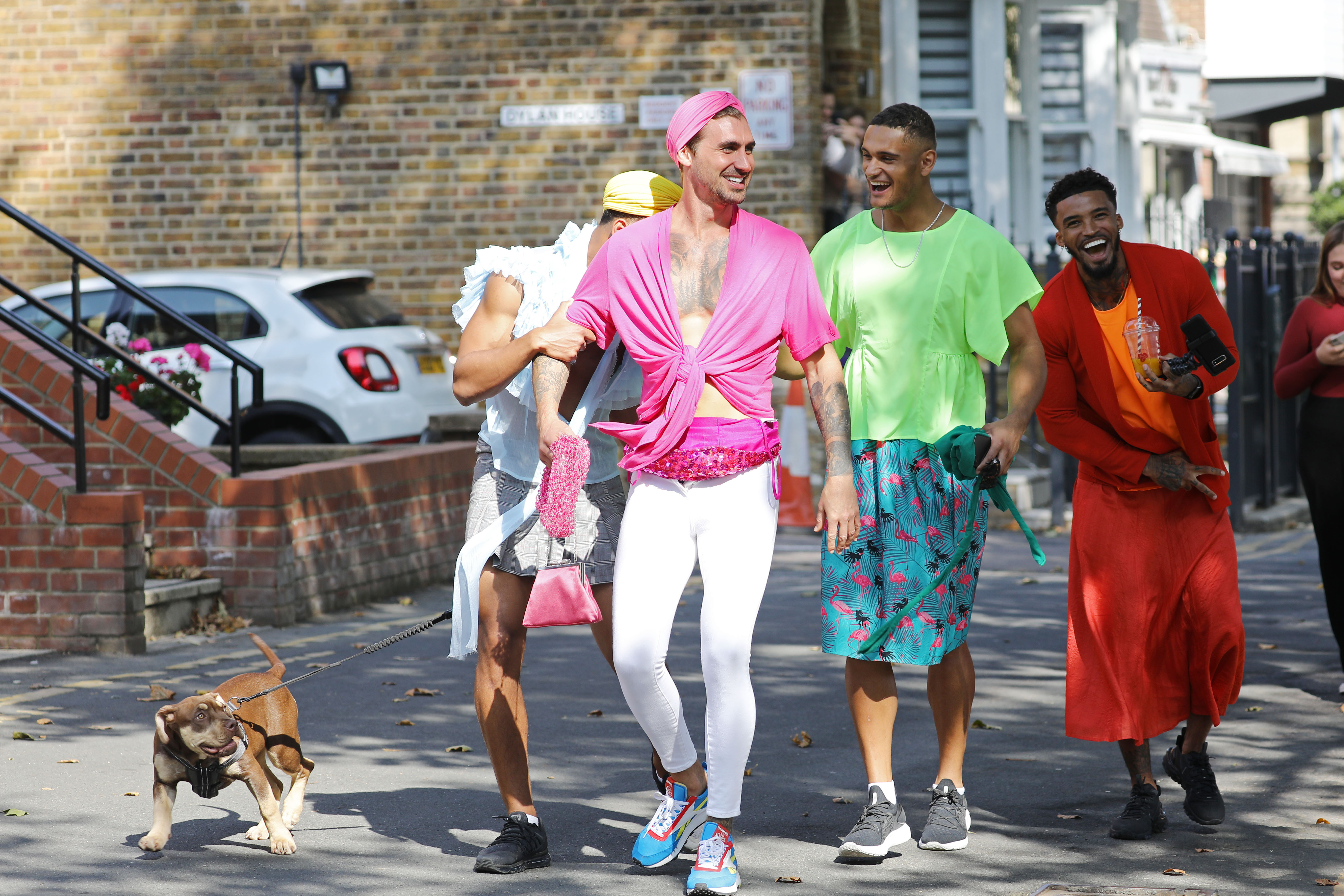 Chris took to Instagram earlier in the day to share a hilarious clip of him and Jordan in the car in their feminine outfits.

"Jordan, what are you wearing mate?" Chris asked him, as he jokingly replied: "What, this? This is my weekend outfit!" before giggling.

He later shared a cheeky video of himself back home and stripping off. 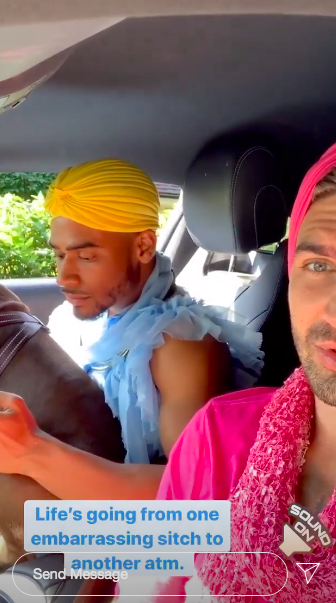 With his bare bottom to the camera, Chris was seen shaking his bum as Jordan declared: "I'm having a goooooooooooood d**k day."

Chris captioned the video: "Just airing me wand out after a 5k run in the worlds tightest women's jeans… a sentence you'll probably never read again.

"Hope everyone's having a good d**k day," he added. 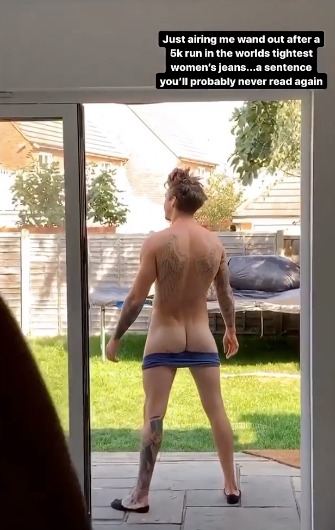 It comes after a Scottish woman admitted she thought a paramedic trying to save her was a Love Island star applying teeth whitening strips after suffering hallucinations.

Amy Werner was self-isolating at home in Kelty, Fife, after contracting Covid-19 in March. 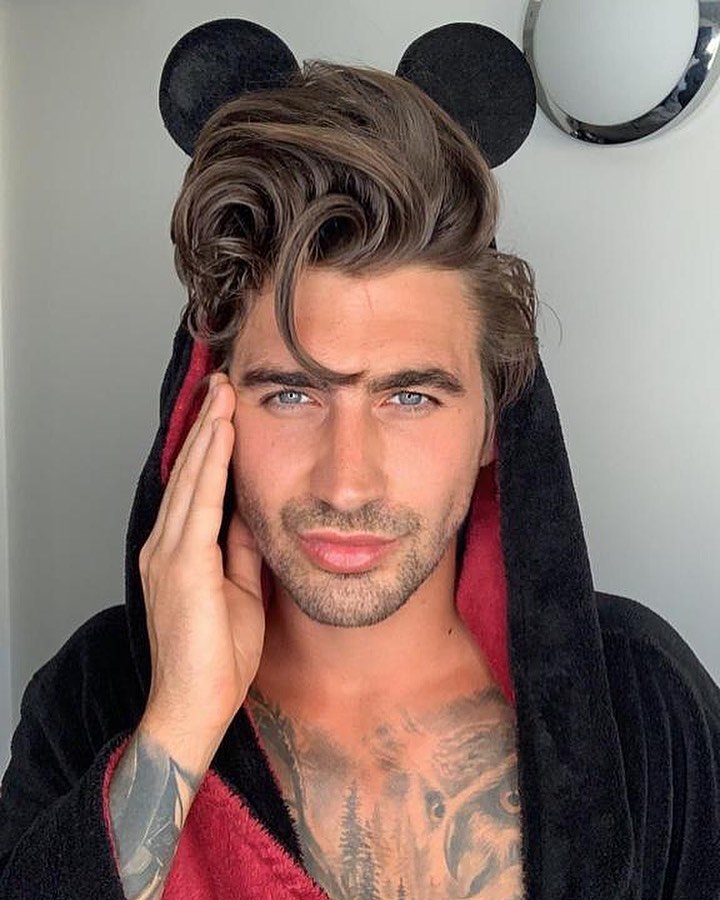 But her fiancé Chris Paterson was forced to make a 999 call a week later after her temperature rocketed and she started calling him "mum".

She told the Daily Record: "I was crying, calling Chris mum and saying how unwell I felt. I had no awareness of where I was.

"I knew he was on the phone to the ambulance service but when they came I thought the male paramedic was a boy off Love Island.