Lucifer (played by Tom Ellis) has utilised his mighty wings quite a few times over the years. From using them to fly off screen, to using them as protection for others, Lucifer hasn’t ever been shy about whipping out his wings. As the show has progressed and he has shown off more of his true devil form, viewers have become intrigued into how he keeps them hidden all the time.

When he needs his wings they simply appear behind him, giving him the support he needs.

However once he is finished with them they simply disappear behind his back once again, leaving them invisible to the naked eye.

Now, viewers have been hard at work looking into how these wings work, and indeed how Lucifer tucks them away without breaking his suit or clothes.

As the actual devil Lucifer isn’t confined to the regular rules of physics – but fans would still like some sort of explanation. 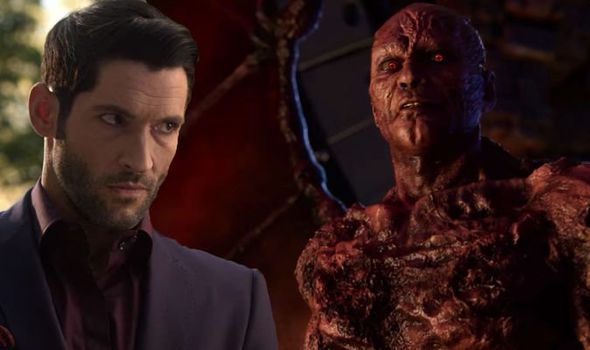 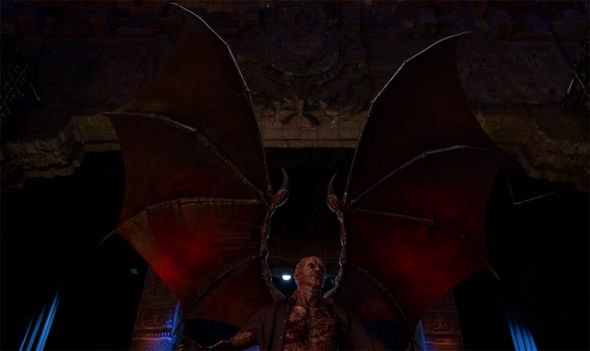 Reddit user QueerWorf recently posted a question regarding this detail, saying: “How do the angels make their wings appear through clothing without tearing the clothing?”

Thankfully, the Lucifer fans were quick to respond, as they came back with a number of explanations behind this strange phenomenon.

One viewer replied: “Angels are inter-dimensional beings. They fold their wings back into another dimension.”

They continued by adding: “Basically; they are actually there, you just can’t see them, because they’re not HERE.” 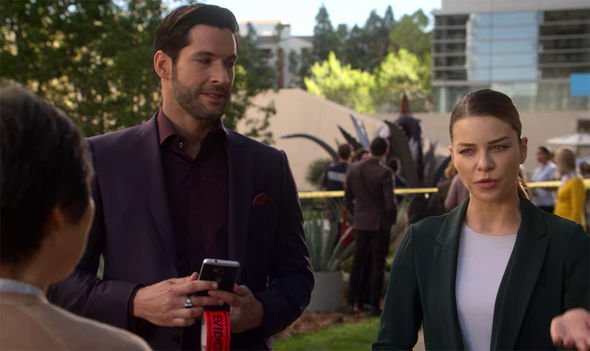 Another viewer also chimed in to add that the wings probably function with the help of “magic”.

They said: “Magic probably, I mean it’s not a great explanation but Lucifer can also basically read minds and Amenadiel can freeze time, so this is probably the best answer we have.” (sic)

As Lucifer and his partner Chloe Decker (Lauren German) have witnessed a great deal of magic in their time working together, magic could certainly be the answer behind Lucifer’s wings.

Meanwhile, fans of the show have recently been teased with the final episode of the series.

He wrote on Twitter: “Today we started breaking the final episode of #Lucifer.

“Still plenty of work to do… but holy s**t, we are going to end this show in style.”

Fans of the show were instantly excited about the prospects of the final season, and began replying with their thoughts on the show finishing.

One wrote: “It’s going to be awesome, I’m sure of it! I can’t wait to see it all! You all are the very BESTEST of the BEST!”

One sad fan wrote: “Just let it be happy please,” with a number of sad emojis at the helm.”

Lucifer is available to stream on Netflix UK now.