Back on February 25, 2021, under pressure from NBC, which broadcasts the annual Golden Globes show — plus a consortium of publicists and Amazon, Netflix, and Warner Media, which refused to supply talent for interviews until long overdue reforms were made — the beleaguered Hollywood Foreign Press Association vowed major change. It stated that it was “fully committed to ensuring our membership is reflective of the communities around the world who love film, TV, and the artists inspiring and educating them.” Under fire for not including one Black journalist, the organization promised to immediately implement an action plan to “bring in Black members, as well as members from other underrepresented backgrounds.”

NBC eventually canceled the Golden Globes show for 2022 to allow the HFPA time to institute a long list of reforms, which started back in April, even as some of its members protested the changes. That’s because all members had to reapply for membership under stringent eligibility requirements that demanded proof of active employment, whether freelance or staff. Perhaps surprisingly, all were accepted in September — before a new credentials committee came on board to vet new applicants. All will have to reapply every year.

And lo and behold, after decades of holding off hordes of eager applicants who might actually compete with them for stories, the hidebound HFPA, with the help of a diverse recruiting committee, has admitted 21 new members, increasing their members by 20 percent. Now the total membership of 105 are 57.1 percent women, 17.1 percent Asian, 11.4 percent Latinx, and 5.7 percent Black. They no longer have to live in Southern California or write for print publications. The new recruits live all over the United States, and can file their reports (or now, photography) for any foreign television, radio, print, or online outlet.

New members can immediately vote on the Golden Globes, participate in board elections, and serve on committees. The HFPA will continue to welcome new members every year, and will now disclose the names, country representation, and the diversity demographics of its membership. 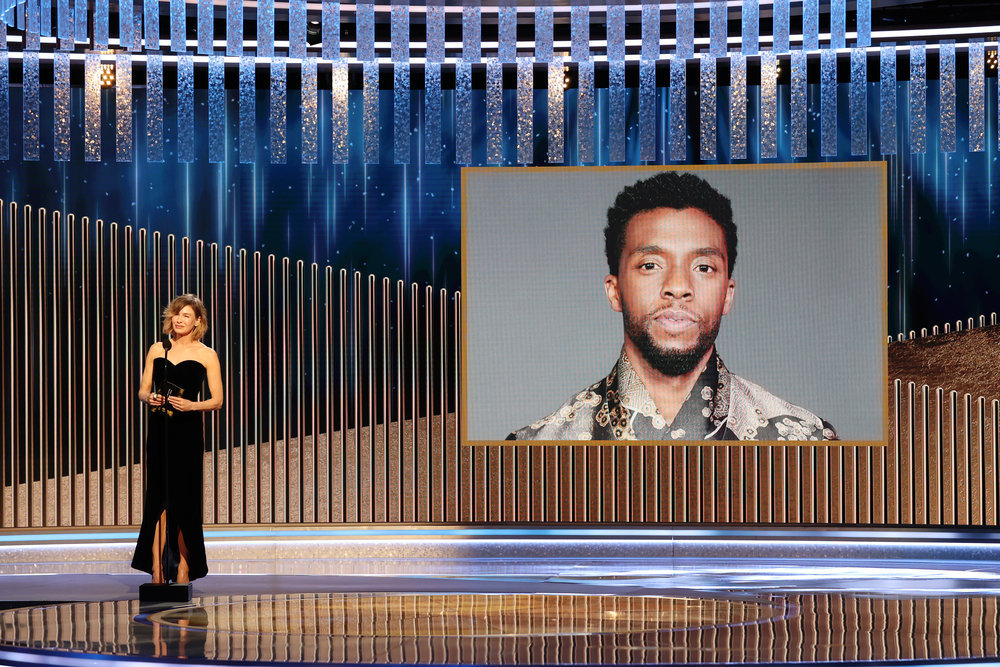 “We are thrilled to welcome these new members into our family, said HFPA President Helen Hoehne. “We are building a new organization, one that is not focused on fulfilling quotas, but instead has diversity and inclusion at its core, has ethical conduct as the norm, and has people of color involved in every aspect of the Association — from membership to executive leadership. That is how we’re growing an inclusive environment, and for us to make this much progress in six months is a testament to our membership and our dedication to building something better.”

Rejected applicants will be given training, mentorship, and support programs to revitalize their resumes and come up to speed for the next round of acceptances next year.

This instantly morphs a hidebound cabal of veteran media, many of whom had lost their cultural relevance, into a more vital organization, and assuming the Golden Globes show returns in January 2023, a changed awards show as well.

There are now people of color at every decision making level within the organization. This radical change is accompanied by other reforms, including a set of bylaws passed by members in August revamping the organization’s governance structure, a new Board of Directors with three outside non-members, eliminating barriers for future members, banning gifts and restricting paid travel, and holding all members accountable for their actions: all members must sign a new code of ethical conduct, and complete Diversity, Equity, and Inclusion training.

Members will continue to participate in monthly DEI workshops as organized by DEI consultants, and complete mandatory sexual harassment training. Any grievances will be dealt with by an independent law firm.

Here’s a list of implemented changes at the HFPA:

New Credentials Committee and Advisory Board to oversee the new member selection process; the credentials committee includes third parties from credible journalistic and other organizations focused on diversity, equity, and inclusion. Any Credentials Committee member with a potential conflict, such as a nominee who is also a journalist in the same territory as an existing member, must be recused from voting on that nominee.

Each year, all current members will be required to meet the standards as incoming members to be re-accredited.

New members will have voting rights for 10 years.

Journalists outside of the Motion Picture Association (MPA) are now eligible.

The sponsorship requirement no longer exists.

Membership Breakdown (does not include demographics for outside Board members)