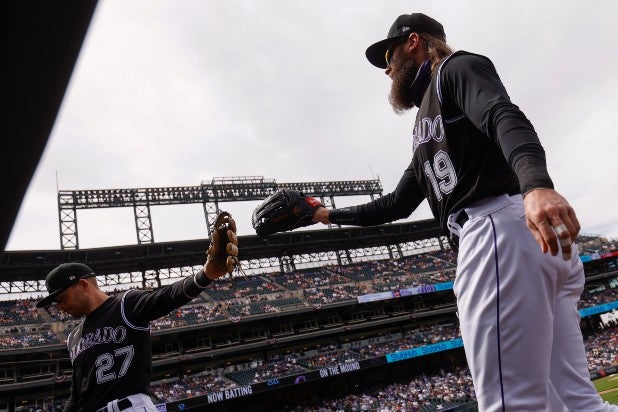 ESPN reported Monday night that the game will relocate to the Mile High City, home of the Colorado Rockies. According to AP, MLB management will announce the move Tuesday morning. The game is still scheduled for July 13.

Originally set to happen in Atlanta, Georgia, MLB last week announced it would relocate the All-Star Game over its objections to a series of restrictive voter suppression laws the state’s Republican majority imposed at the end of March. “I have decided the best way to demonstrate our values as a sport is by relocating this year’s All-Star Game and MLB Draft,” commissioner Rob Manfred said at the time. “Major League Baseball fundamentally supports voting rights for all Americans and opposes restrictions to the ballot box.”

The Georgia bill dramatically restricts early voting access and mail-in voting, gives the Republican-controlled state legislature new powers to effectively overrule local election boards if it disagrees with the outcome, and also makes it a crime to give people waiting in line food and water. The restrictions were enacted in direct response Joe Biden becoming the first Democrat to win the state since 1992, followed up by a Democrat sweep in dual Senate runoff elections in early January, which gave control of the Senate to the Democrats.

Stacey Abrams, political leader and a voting rights activist, on March 25 denounced the new bill, calling it “Jim Crow in a suit + tie: cutting off access, adding restrictions, encouraging more ‘show me your papers’ actions to challenge a citizen’s right to vote. Facially neutral but racially targeted… But we will not be defeated by their worst actions & instincts. We will spread the word, we will sue & we will win. For democracy.”