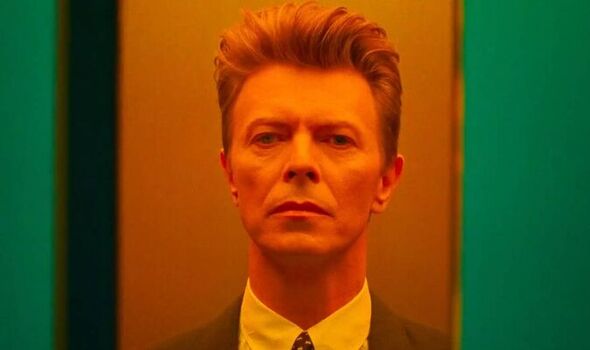 Made with the approval of the icon’s estate, Morgen smashes the template of the rockumentary by opening with a lesser-known song from the later period of his career – Hallo Spaceboy, a great track from 1995 album Outside.

The next 140 minutes are a full-on assault on the senses as Morgen weaves candid home movies with little-seen concert performances and clips from films that Bowie acted in and those that influenced his career.

Other documentaries have made much of the various reinventions that marked his career. Morgen’s loosely chronological musical collage gives us a sense of continuity.

As Mavis Nicholson points out in a perceptive interview, Bowie used himself as a painter uses a canvas.

And, to Morgen, Ziggy Stardust and The Thin White Duke are two sides of the same coin.

While we hear plenty from Bowie, his voice culled from various interviews, we don’t have the usual chats with friends or family members.

There is a brief mention of his half-brother’s suicide but I probably learned more about the main man from Gabriel Range’s patchy 2020 biopic Stardust.

But, unlike Range, Morgen had full access to Bowie’s music. And he uses it in dazzlingly original ways.

He links live footage of the major tours, taking us from early 70s Ziggy Stardust performances to 1974’s Diamond Dogs tour to thrilling live takes of later hits such as Heroes and Let’s Dance.

Morgen also focuses on Bowie’s devoted fans and explores the cultural importance of his gender-fluid image.

“You don’t have to be bent to wear make-up,” says one gruff-sounding young devotee.

In the early 1970s, this sounded dangerously progressive.

Not all of Bowie’s greatest hits make the cut but Morgen finds room for a long sequence cut to DJ, a great dance track from 1979.