BBC Breakfast viewers tune in to see Naga Munchetty and Charlie Stayt from Wednesdays to Saturdays to give the lowdown on the day’s biggest headlines. During the programme, the presenters are joined by a weather presenter to cover the outlook of the forecast for the day ahead. Today, Tomasz was probed by his BBC co-stars after revealing the temperature on Saturday would be “above average” at around 17 degrees – but he soon halted the lengthy discussion in order to get on with the forecast, telling them: “Let’s just stop that.”

Naga introduced her co-star as usual, telling viewers: “Tomasz is taking a look at the weather this morning, Tomasz, so it’s getting warmer this week?

“I’ve been quite enjoying these crisp winter mornings but I’m not going to deny I do enjoy the sunshine and the heat as well,” the presenter noted.

And Thomas soon brought things back down to earth as he explained how warmer weather during the winter can feel different to usual.

Yeah, well I think warmer might be stretching it a little bit. It’s certainly going to be relatively mild if the winds are light and you get a bit of sunshine. 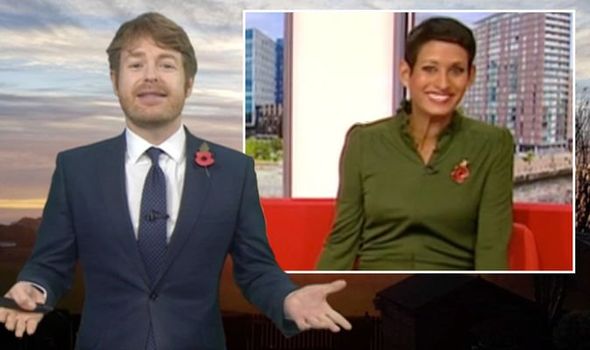 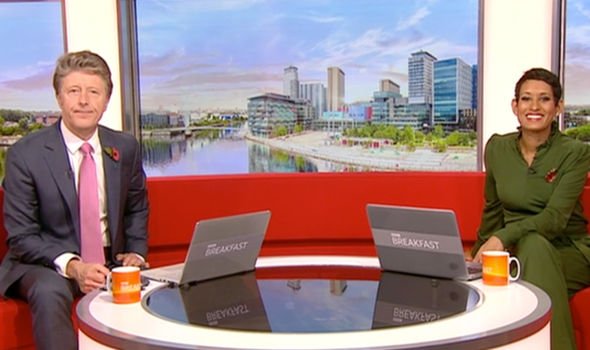 But confused by the remark, Naga asked: “Hold on, you said it was going to be 17 degrees in London at some point next week, that’s warm for November?”

Thomas responded: “Yeah, but I’ll tell you what, let me go back to the beginning. Here’s an interesting thing, 17 degrees this time of the year will not feel the same as 17 degrees say in September and 17 degrees will probably feel cooler still in December.”

He soon expanded on this point, adding: “You might think, ‘Well it’s the same number, what are you talking about,’ well the sun’s lower and it generally just doesn’t feel that warm.

“So, there you go, it’s as simple as that,” however, Naga continued to probe, asking: “So is it 17 degrees or not then?” 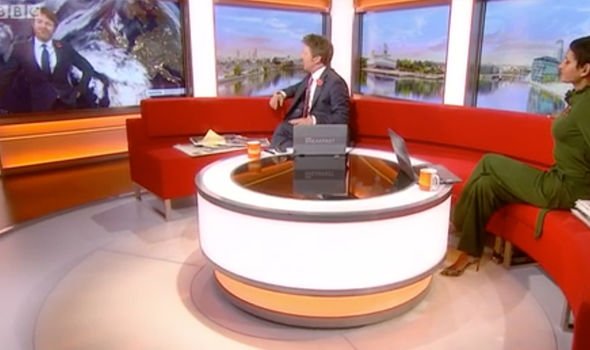 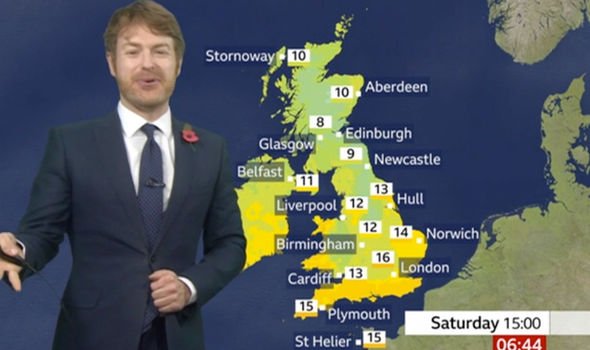 Tomasz continued: “Well it’s still… “ with Naga interrupting and quizzing him further: “If a thermometer were put up, in those months, would it say 17 degrees?”

The weather host laughed at the topic of conversation and clarified: “Yes it would, but you see, the feeling of warm, hot and cold isn’t just a function of what the thermometer is saying, it’s how we perceive the warmth.

“So it’s the sunshine, it’s how much moisture there is in the air, it’s the sort of rate of change of heat between our skin and the air that’s important.”

And Charlie couldn’t resist getting involved in the discussion: “Well hang on, I’d like in on this slightly bizarre conversation now it’s started.”

His co-star Naga insisted it was not “bizarre” with Tomasz  asking: “What have I started?” As Charlie weighed in with his thoughts.

Charlie said: “Here’s my theory on that one, right, is that in November when it’s 17 degrees, psychologically, it feels warmer than 17 degrees because you’re expecting it less.

Tomasz seemed baffled by the fact the discussion appeared to be overtaking the weather segment, accepting: “Yes, that’s right, absolutely.

“Sometimes what might happen – you can ignore what I’m saying and just look at the weather map as well – but what might happen is when it’s 17 degrees say late autumn, we probably would have had quite a cool spell before that and then it suddenly shoots up and it feels relatively pleasant.”

However, seemingly keen to get on with the latest update, Tomasz halted the conversation from going any further.

Shutting his co-stars down, he said: “I’ll tell you what, let’s just stop that conversation now because we’ll go around in circles and it is a subjective matter – so let’s talk about absolutes here!”

He finally managed to get on with the update, noting today would see temperatures of 16 degrees, which was “above average for the time of year.”

BBC Breakfast airs daily from 6am on BBC One.