Neighbours: Pierce and Dipi are confronted over their affair

Dipi (played by Sharon Jahol) is set to make her exit from Neighbours on UK screens in the coming weeks as the beloved character leaves the Channel 5 soap alongside her husband, Shane Rebecchi (Nicholas Coghlan). The pair will be giving themselves a fresh start in Sydney but they will be leaving their eldest daughter Yashvi (Olivia Junkeer) on Ramsay Street under the watchful eye of her uncle, Toadie Rebecchi (Ryan Maloney). However, the youngster’s relationship with Ned Willis (Ben Hall) has never been plain sailing, so could the duo get themselves into some trouble that prompts the Rebecchi matriarch to return?

In upcoming scenes, viewers will see Yashvi consider leaving with her parents as looks for police officer jobs in Sydney.

Ned will be devastated by this as the pair have only recently got over their ordeal at the hands of his sinister stalker, Scarlett Brady (Christie Whelan Browne).

Wanting to take their relationship to the next level, the budding artist asks his girlfriend if they should move in together.

More interested in her parents’ imminent departure, the youngster avoids the conversation and gets in contact with her auntie Mishti Sharma (Scarlet Vas) who has a role with the authorities in Sydney.

Ultimately, Yashvi will decide to stay on Ramsay Street but her coldness towards her boyfriend could have lasting consequences. 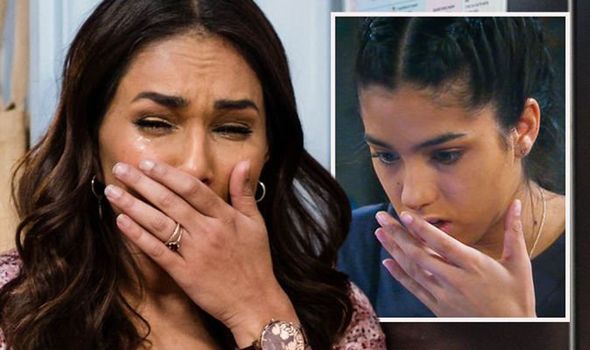 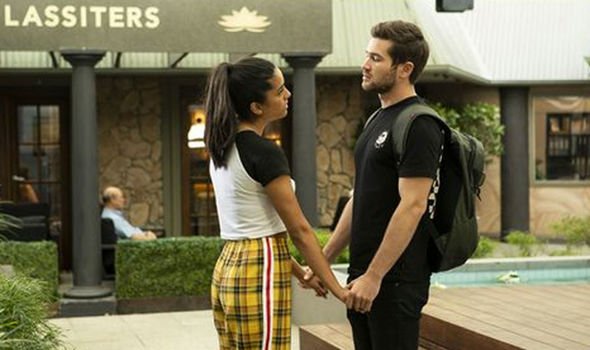 As the pair try to navigate their relationship, despite recently having doubts over their future, they could decide to part ways.

With the beloved couple having shared so much heartache together, this would be a tragedy for the Rebecchi child as she struggles to live her life without Ned.

Seeing him every day could become too hard and therefore, she would tell her uncle Toadie it’s time for her to leave Erinsborough.

Needing some motherly support, Dipi could make a brief return to help her daughter pack and walk away from Ramsay Street with her head held high. 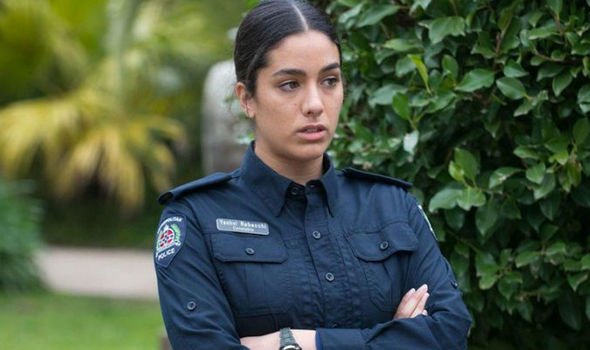 Dipi is not gone forever

Speaking with Express.co.uk, the actress who plays Dipi, Sharon, said: “[My exit] It doesn’t mean I won’t come back.

“I can’t say too much but they’ve definitely put it out there that’s a thing [that could happen]. Dipi is not gone forever.”

In some of her final scenes, Dipi will be seen having a tearful farewell with the young children before departing with her husband. 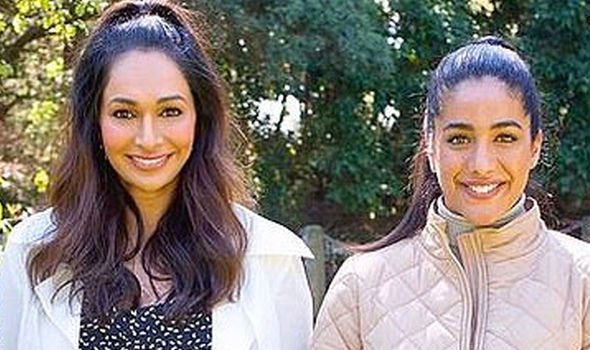 Therefore, it is likely not only a tragedy with her daughter will cause her to return but Dipi’s love for Nell and Hugo will pull her back.

Having these two on Ramsay Street will mean there is always the possibility the matriarch could return at any point in the future.

Soap star Sharon won’t be leaving the Neighbours family altogether as she will be appearing behind the camera in a directing role.

This would allow the character to return at any given moment if Sharon’s availability can work with her duties behind the scenes.

Discussing what she will miss about playing Dipi, Sharon explained: “I didn’t mind the early morning stuff.

“I loved that I could go to work and literally do what I love. That’s such a random thing [to miss] but not many people get to wake up and are excited to do the work.

“There are different challenges in terms of the pace and the writing because we are working at such a rapid pace but I love the problem-solving aspect of it.

“I miss that part of it, I miss the creative part of it,” the actress added.

Dipi and Shane’s final scenes have already aired in Australia, with the UK three weeks behind, meaning viewers should see the double exit unfold by the end of the month.