NETFLIX’s big new dance show has turned to Ashes – two of them to be precise.

I can reveal that Dance Monsters, which is set to air next year, will be hosted by former Pussycat Doll Ashley Roberts. 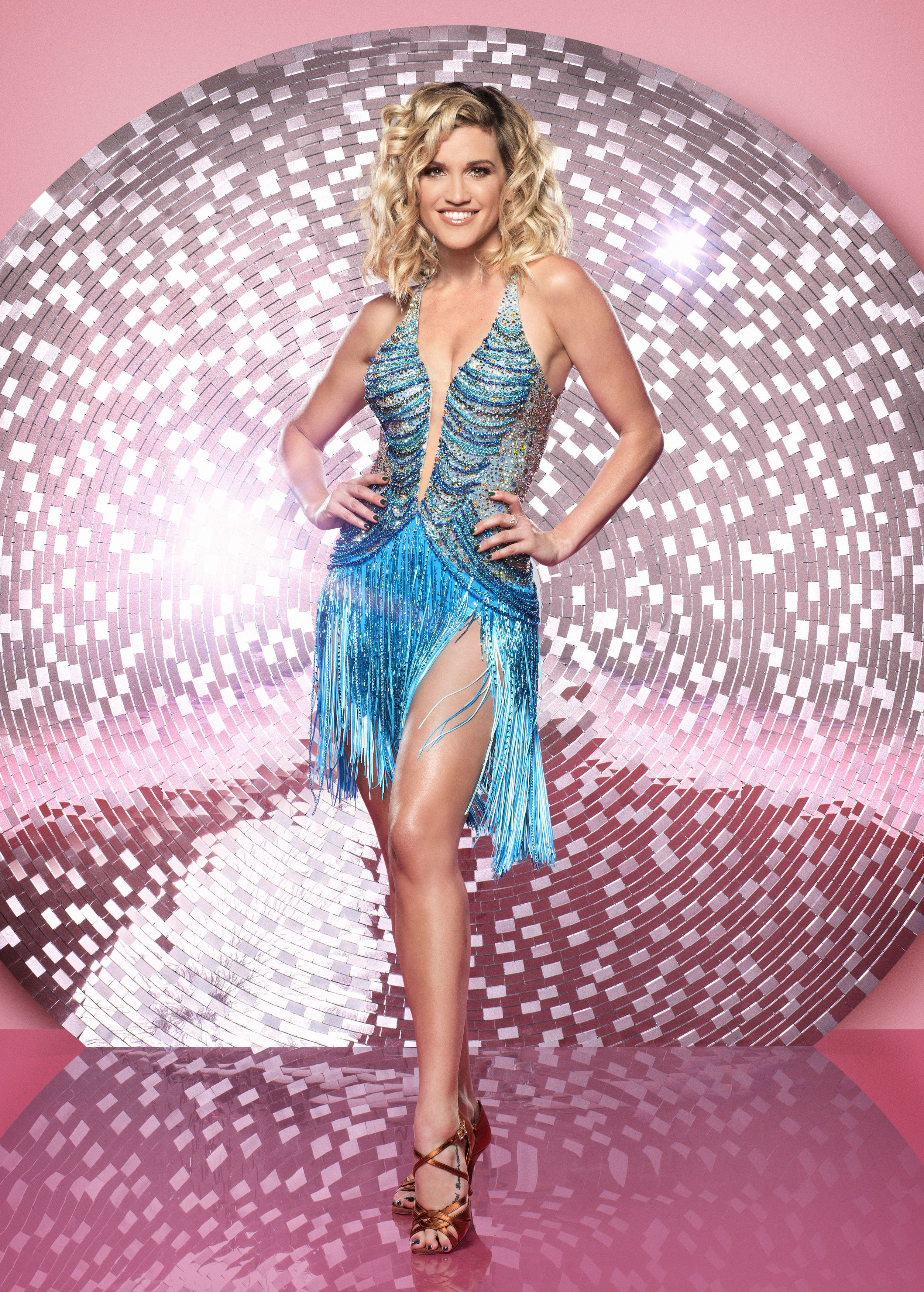 And the streaming giant has also signed up Ashley Banjo to be one of their judges.

In fact the Diversity star is the only British member on the panel.

A TV insider said: “Becoming the face of Netflix’s big new show is quite a coup for both performers, as this is going to get an international audience.

“It will introduce the world to two faces which are probably still best known in Blighty – and could lead to bigger things for them both.”

Both Ashleys have plenty of dance experience, and that makes them perfect for the new contest.

As well as being in the Pussycat Dolls for the best part of a decade, Ms Roberts also progressed a long way on Strictly Come Dancing with her pro partner, and future boyfriend, Giovanni Pernice.

Meanwhile, Mr Banjo shot to fame with Diversity when they won Britain’s Got Talent in 2009, and since then he’s become a judge on ITV’s Dancing on Ice.

Though recorded in Hampshire, the programme will have a truly international look, audience and line-up of competitors.

They’ll perform dance routines in front of the judges, having been transformed into creatures – which means their true appearance and identity is obscured.

Like ITV’s The Voice and Netflix dating show Sexy Beasts, it’s part of a telly trend for judging people based on talent and qualities, regardless of their looks.

It also means that they can, as the saying goes, dance like no-one is watching – because nobody can see who they really are.

The show does sound rather similar to The Masked Dancer, though . . .

TROUBLED ex-footballer Paul Merson has revealed the desperate lengths his loved ones were prepared to go to to stop him from gambling.

Speaking on the Russell Howard Hour on Sky Max tonight, he said: “About four or five years ago my wife said she had seen a programme about a chip you can put in your brain. 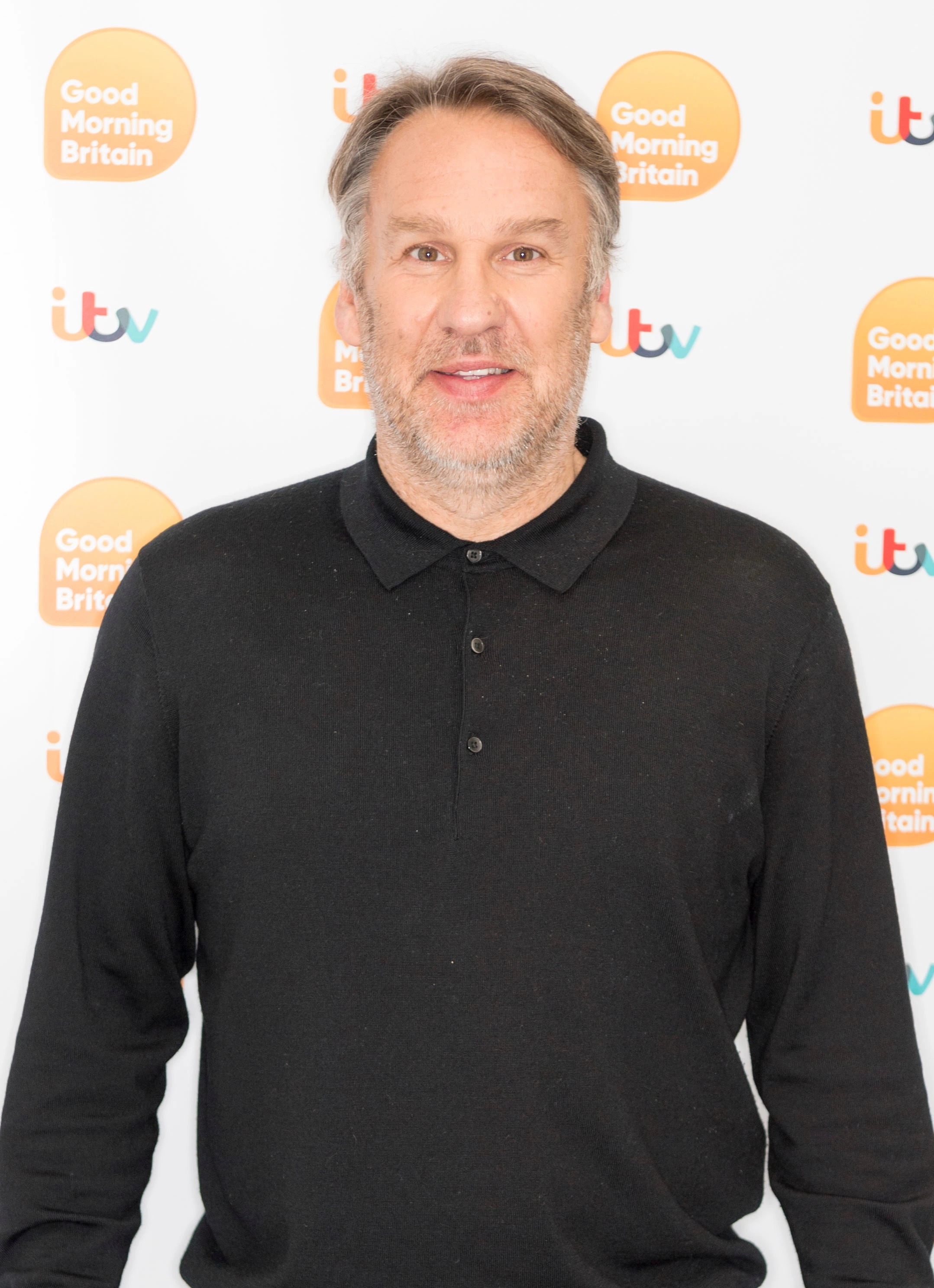 “She wanted to send me to America for that. At the moment Gamblers Anonymous keeps me well, but it is a day at a time.

“I had all the money and I lost it all, I wanted to kill myself umpteen times.

“For me now it’s about being happy and spending time with my wife, my kids and being grateful for normal things instead of trying to chase a yacht and an eight bedroom house with seven toilets.”

WHEN someone has a whacky sense of humour like she does, you tend to take everything they say with a large pinch of salt.

But when Claudia Winkleman told a contestant on The Wheel she would buy her a wedding dress for her dream day Down Under, she really meant it. 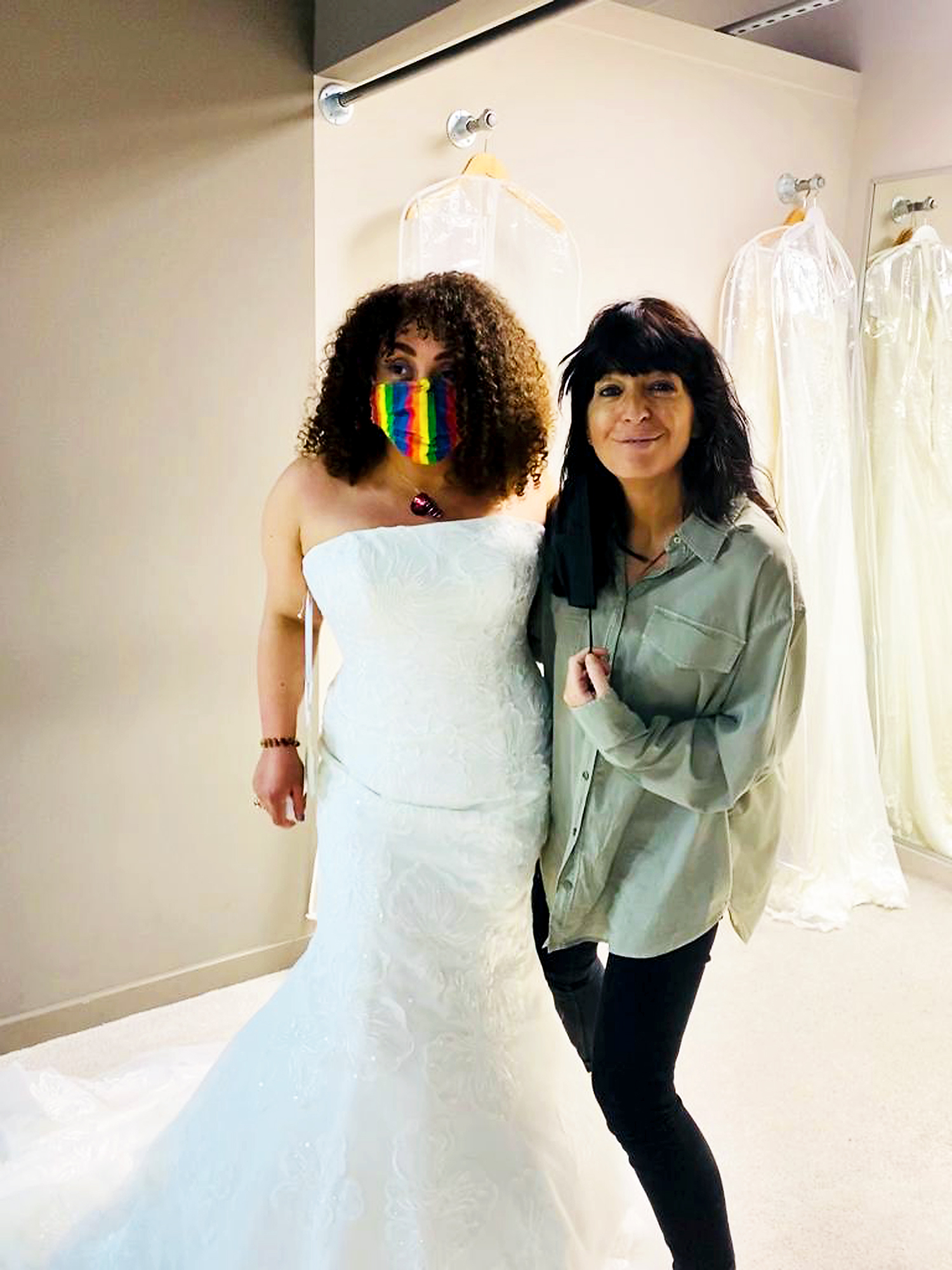 The Strictly host is one of the celebs providing “expert advice” on Saturday night’s edition of the BBC1 gameshow hosted by Michael McIntyre.

And when she messes up providing help to contestant Antonia – who says she wants the money to go to Australia and dazzle on her big day – Claudia makes a pledge.

She says: “You and I are going wedding dress shopping – I’m getting you a dress.”
I wonder if Claudia would pay for the flights to Australia too?

SINGER Sophie Ellis-Bextor has every reason to smile after raising a huge sum for Children in Need.

The pop princess raised a staggering £803,384 for needy youngsters across the country thanks to staging a 24 hour Kitchen Disco Danceathon. 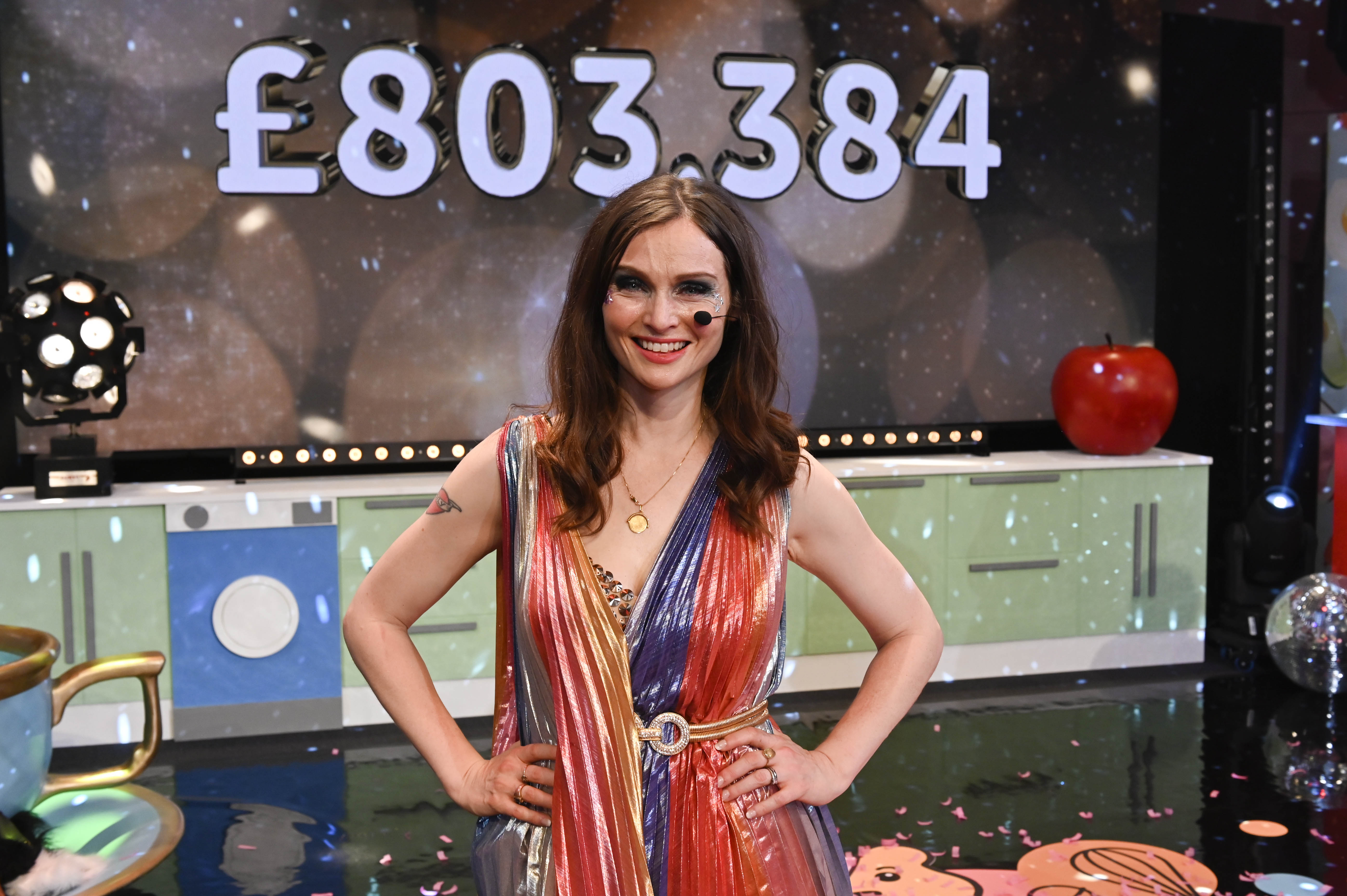 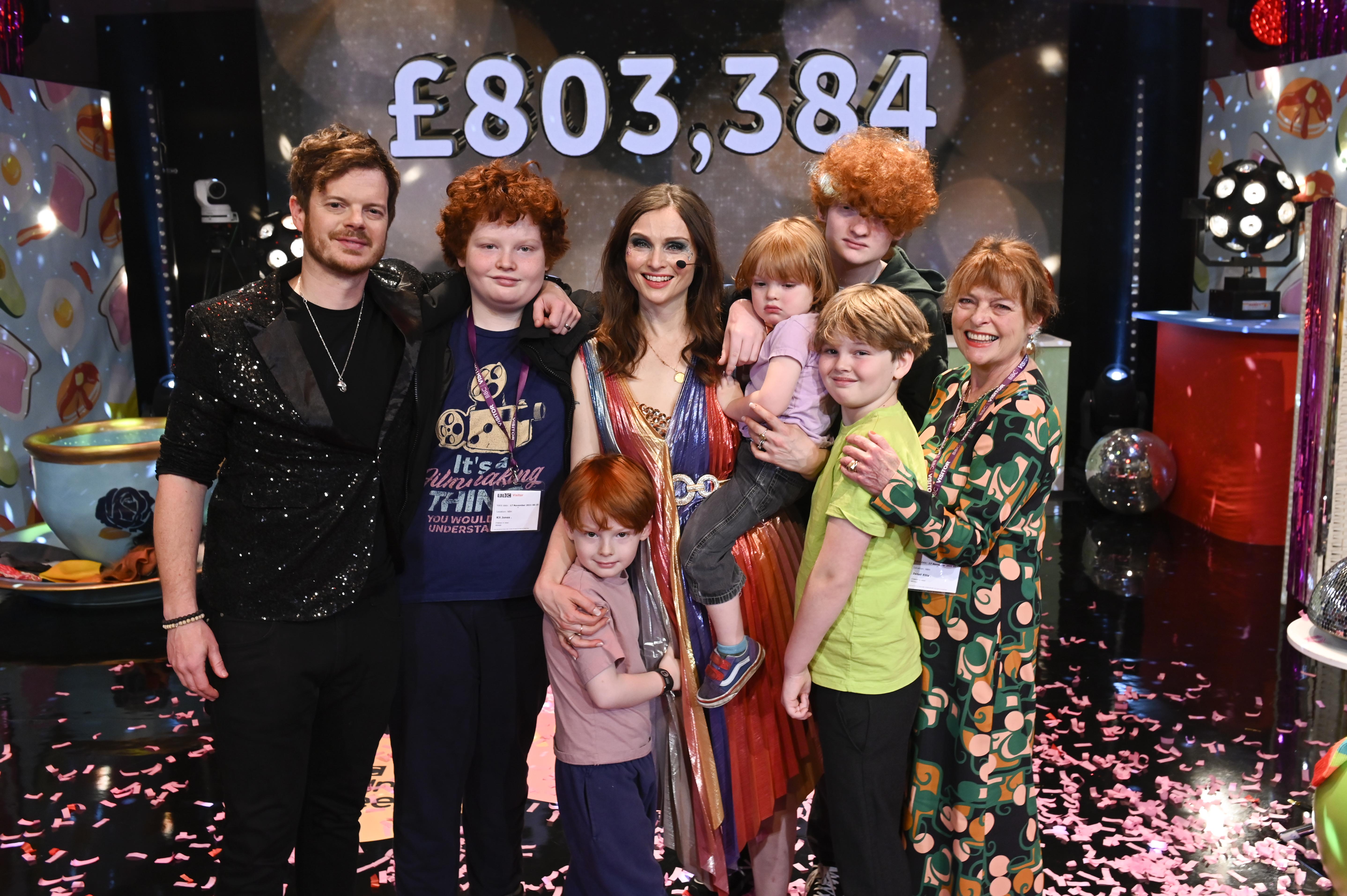 It was inspired by her Kitchen Disco sessions – a series of concerts she put on the internet during lockdown to keep music lovers entertained.

And, of course, she could always draw on her time in Strictly Come Dancing back in 2013.

She was watched throughout via supporters on a live stream, and gained celebrity support from the likes of Gemma Collins and Tony Blackburn.

And when she finally, tearfully, ended her challenge yesterday morning, the cash kept on rolling in. Now she’s raked in over a million quid.

She’ll need another fundraising drive just to pay for the blister plasters.

KEEP IT IN THE FAMILY

THE real life son of Dominic West, who is playing Prince Charles in The Crown, will play Prince William in the Netflix drama.

Senan West, 13, has been picked after a nationwide search for a suitable youngster to play the royal.

He’ll portray William as he grows from a boy to man at the end of the fifth series, which is currently being filmed.

Senan is one of four children the actor has with wife Catherine Fitzgerald.

His eldest child Martha, whom he had through another relationship with Polly Astor, is also an actor.

She starred in BBC1 period romance The Pursuit of Love earlier this year – which also starred Dominic who took over playing Charles from Josh O'Connor.

It’s understood the youngster auditioned for the role like other potential cast members, and submitted a tape via his agent.

Because I’m sure you were wondering…