With Outlander season six hopefully resuming production very soon, the cast and crew recently opened up on what fans can expect as they appeared on a virtual panel at Paley Fest LA. Each season, there are moments fans look forward to and the upcoming series is no different. however, showrunner Matthew has revealed there’s often some arguing over which moments are included and which are cut from the show.

Speaking of the negotiations that go on in the writers’ room, Matthew dished: “We fight over what scene we want.

“We’ll say, ‘This one is great. How do we work this one into this episode, or this episode?’

“Sometimes that works to our advantage, where we go, ‘They’re not going to get it where they expected, but it is going to come down here.’

“And then it comes out of nowhere. I think that is the fun of putting it together.” 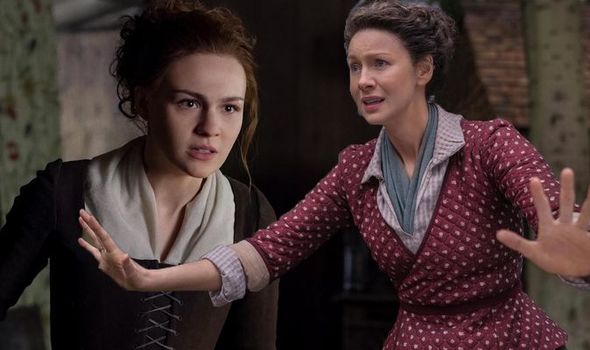 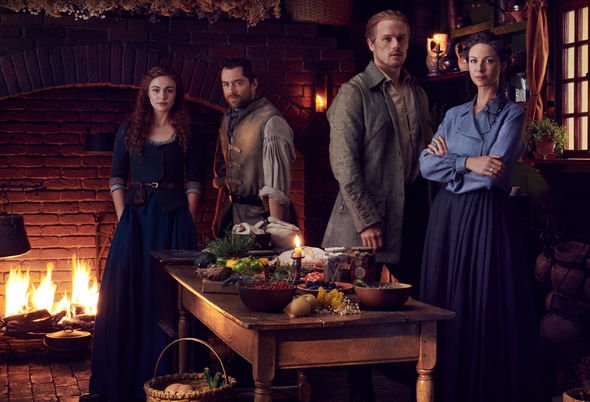 One member of the crew who is particularly looking forward to season six is Matthew’s colleague Maril Davis.

The executive producer added she loves A Breath of Snow and Ashes, which is what the sixth series is based on.

However, she added it’s hard to decide what should be included in the season to satisfy fans.

Maril remarked: “The original Outlander is my favourite, but A Breath of Snow and Ashes is my second favorite. 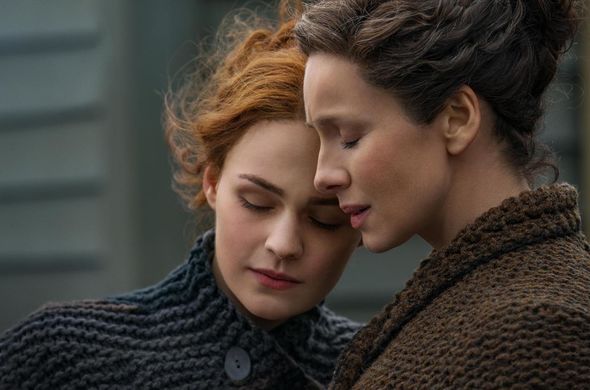 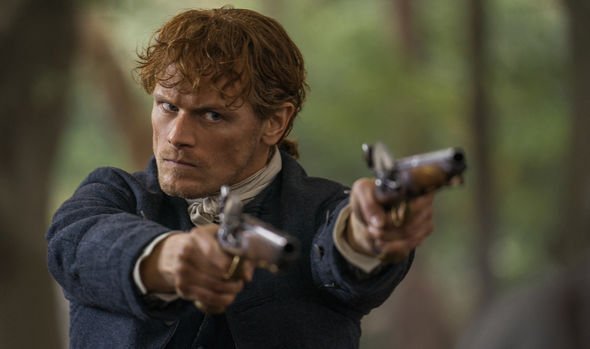 “It’s hard when you get to the sixth book.

“Matt and I’ve been on a lot of television series and we know the ups and downs and you don’t usually make it this far.

“We are very lucky that we have so many of our original members with us.

“We started with a crew of six people in the writers’ room and there are still four of us left, so it is crazy to me.”

One thing viewers can be certain of when it comes to season six is that Jamie Fraser (played by Sam Heughan) will be kept safe and well.

Fans are often worried about the fates of Claire (Caitriona Balfe) and Jamie but author Diana Gabaldon has confirmed the highlander is still alive in book nine.

So, unless the show takes a big step away from following the narrative in the books, Jamie will remain alive.

Speaking in the first episode of the End of Summer Series, Diana explained: “I’m actually not sure but let’s put it this way, it’s not Jamie.

“Somebody asked me a few weeks ago, ‘Can you say something in five words or less that will make people want to read book nine?’ and I said, ‘Yes, he’s still alive.’

“Because that’s what they’re afraid of, that Jamie’s going to die in this book.”

But Diana didn’t say anything about Claire being kept alive – could Jamie suffer a heartbreaking loss?