PARIS Fury has paid tribute to husband Tyson after recalling the terrifying moment their newborn baby Athena "was dying".

She said the champion boxer has been so "supportive" following their nightmare in August, when Athena – who survived her health scare – was found to have a heart condition hours after she was born. 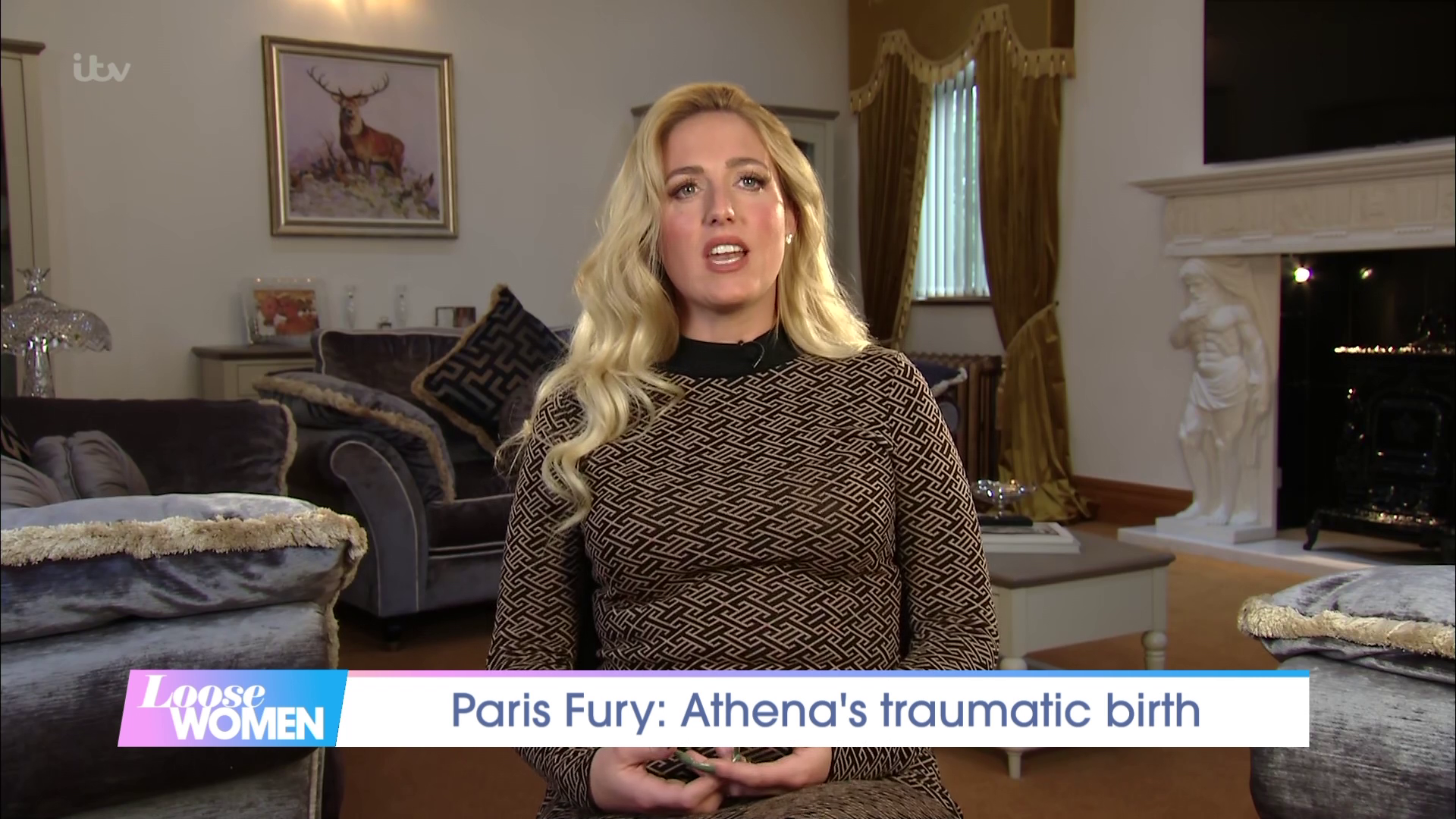 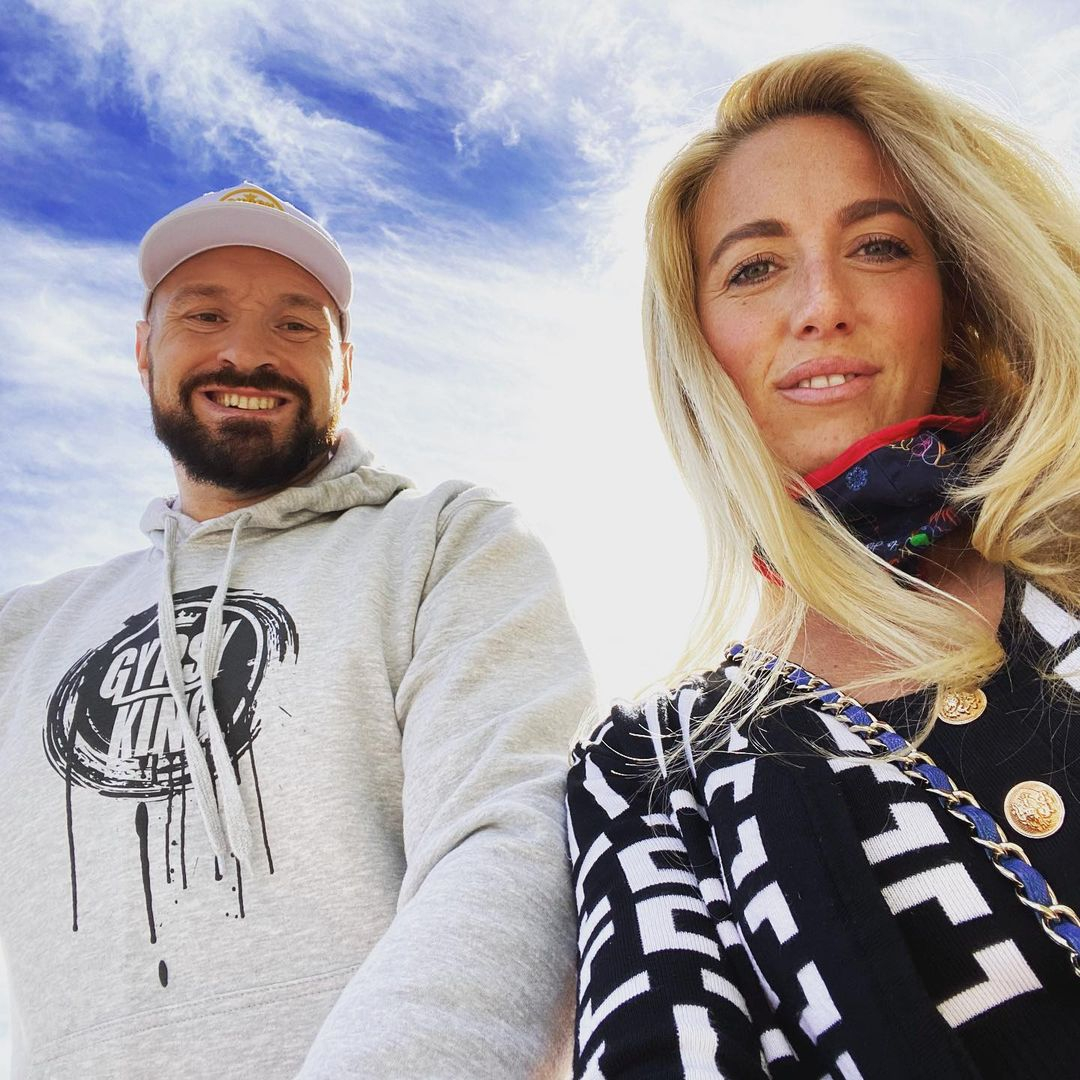 Opening up about the traumatic birth in August, Paris, 30, said on Loose Women today: "I went in for Athena and everything was seemingly perfect. She came out 6lb 10, all healthy.

"After a couple of hours we found something wasn't right, Tyson was holding her and could tell, and the nurse said her heartbeat was beating 300 (beats) per minute. I couldn't move from the labour and she rushed to ICU."

Athena was rushed to a specialist ward in Alderley Hospital and sedated.

The worried parents were by their daughter's side around the clock as she was fed a cocktail of medication to lower her heart rate.

While there. Athena at first appeared to be improving before things took a shocking turn for the worse and she had to be resuscitated.

Paris said: "I called Tyson, he was running around the hospital grounds as we thought everything was OK.

"I broke down and screamed 'she's dying, she's dying' it looked that way, then they took her off the machine and she came round."

She added: "It was a one off event. There's no reason to expect it to ever be the case again. But it was so scary and it was the first time I wanted to be split in half and cut in two. I had the kids at home worrying about Athena and then a baby in ICU."

She added that following the life-changing experience she and Tyson appreciate each other more than ever.

Paris – who married The Gypsy King in 2008 – added: "We did argue over where he puts his shoes and things like that. But I think you realise all that smallness is irrelevant.

"We've got six kids, we live an amazing lifestyle, we are constantly busy.

"We travel a lot, we take the kids everywhere, having this amazing bond."

Tyson appeared via a video message in which he gushed over his "amazing wife" who has just released a best selling biography, Love and Fury: The Magic and Mayhem of Life with Tyson.

The clip brought tears to her eyes and Paris blushed red as she tole Ruth Langsford: "You snuck that one in!"

Paris choked up, and added: "Ah, that was lovely. He's been so supportive, he took turns with the kids, and I did the book tour, then it went to the best seller list. I can't believe it to be honest." 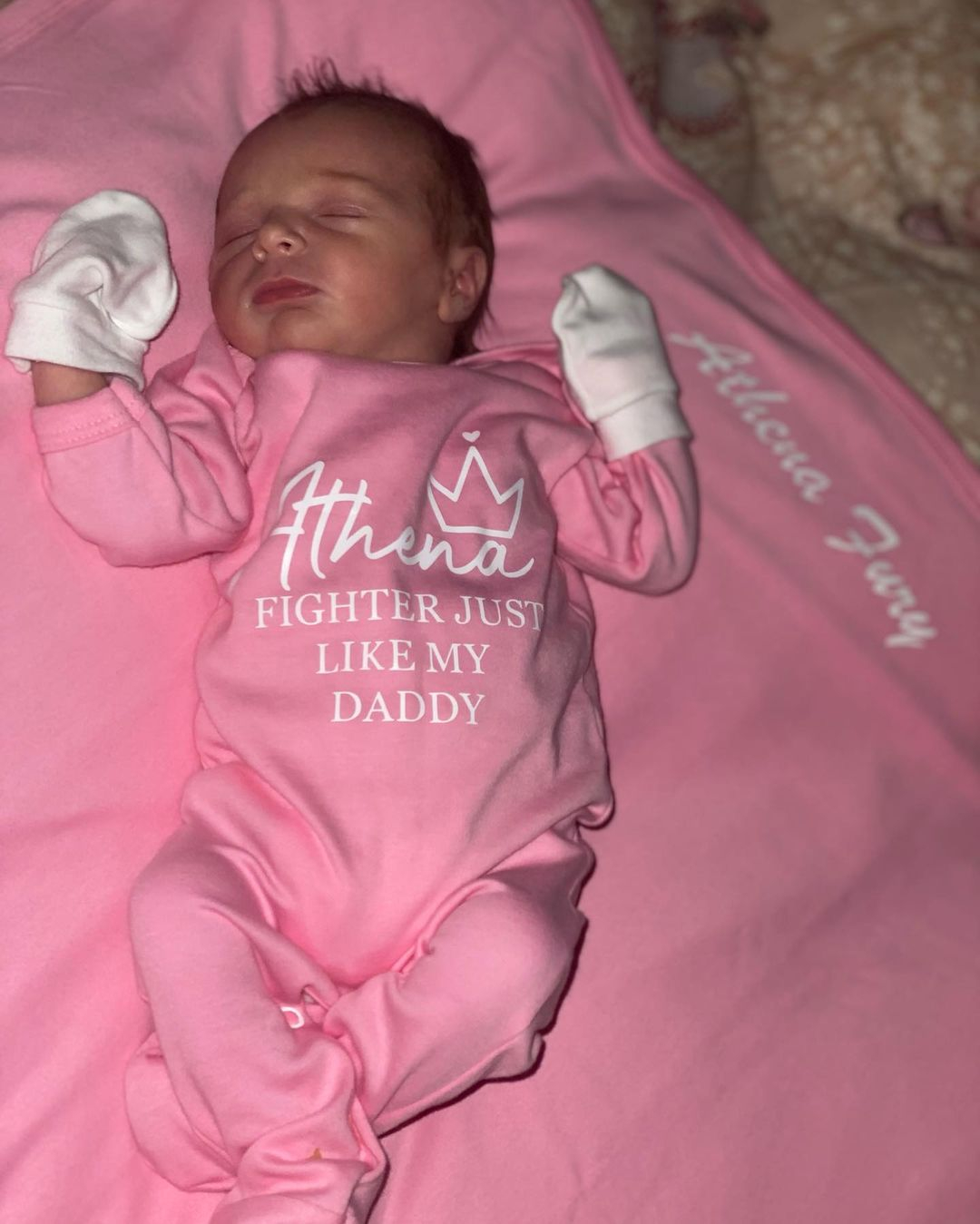 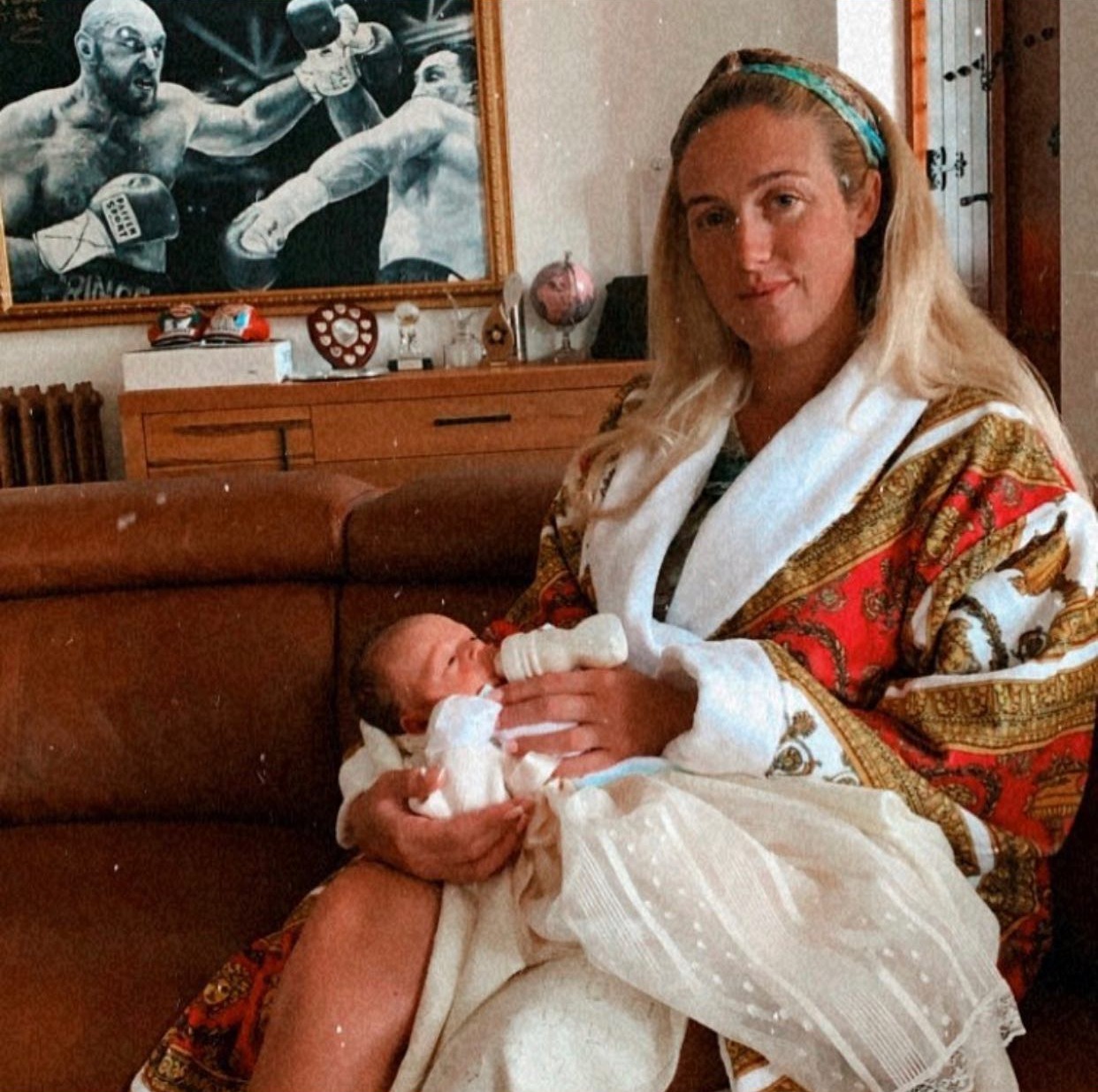 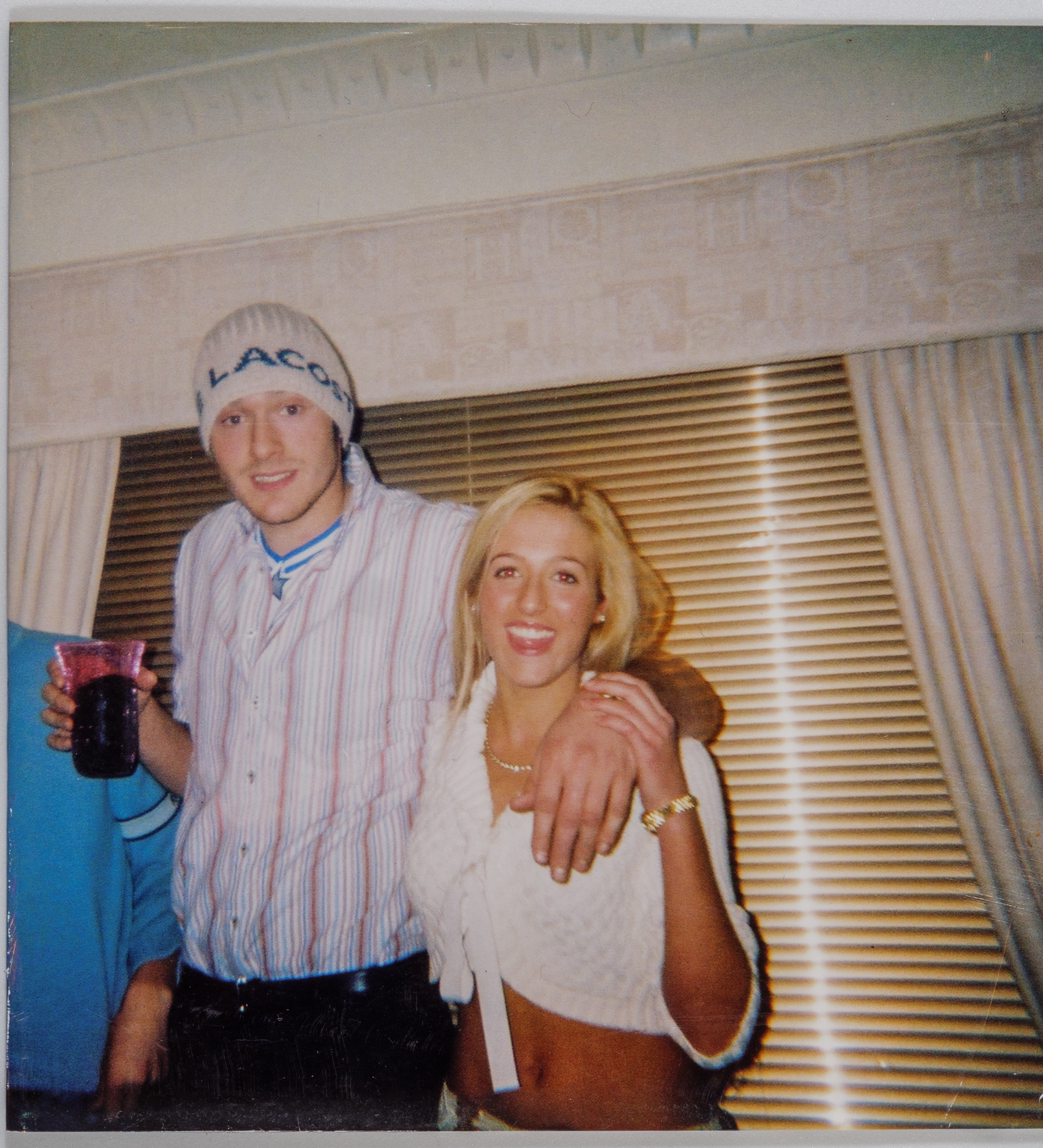