PHILLIP Schofield was left in hysterics this morning as Eamonn Holmes joked he thought he was quitting This Morning after he bravely revealed he is gay today.

The 57-year-old TV presenter – who has been married to wife Stephanie Lowe since 1993 – shared a statement on social media and then appeared live on This Morning today alongside his co-host Holly Willoughby to speak about how he is feeling. 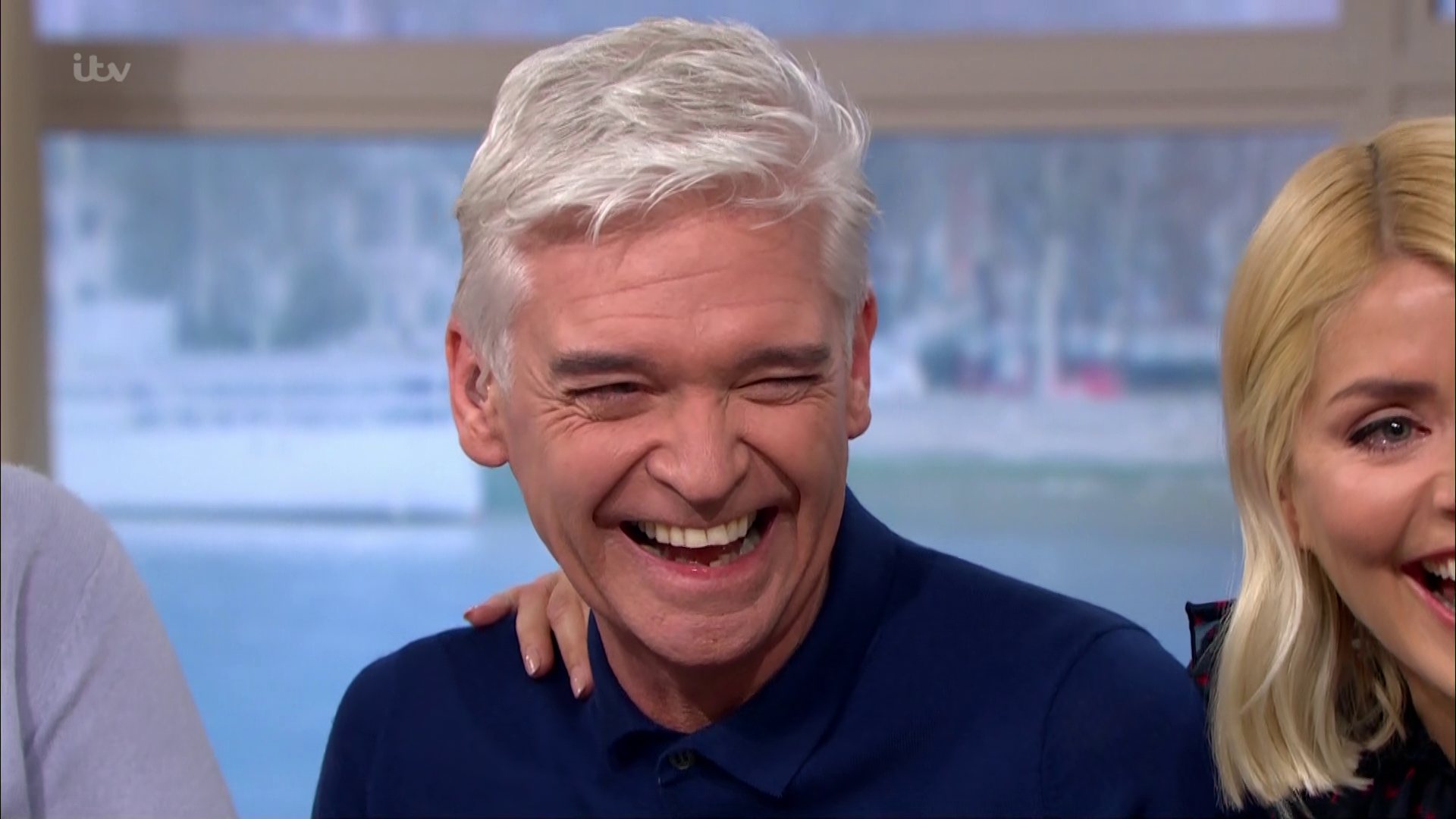 After their emotional chat they were joined by Eamonn Holmes and his wife Ruth Langsford who instantly lightened the mood.

Offering his support Eamonn cracked a joke saying he thought Phil was going to say he had resigned and that he could have his job.

Making Phillip crack up, he said: "I am disappointed in a couple of ways. First of all I thought you were going to come in and announce you had resigned and I could have your job but that wasn’t to be. 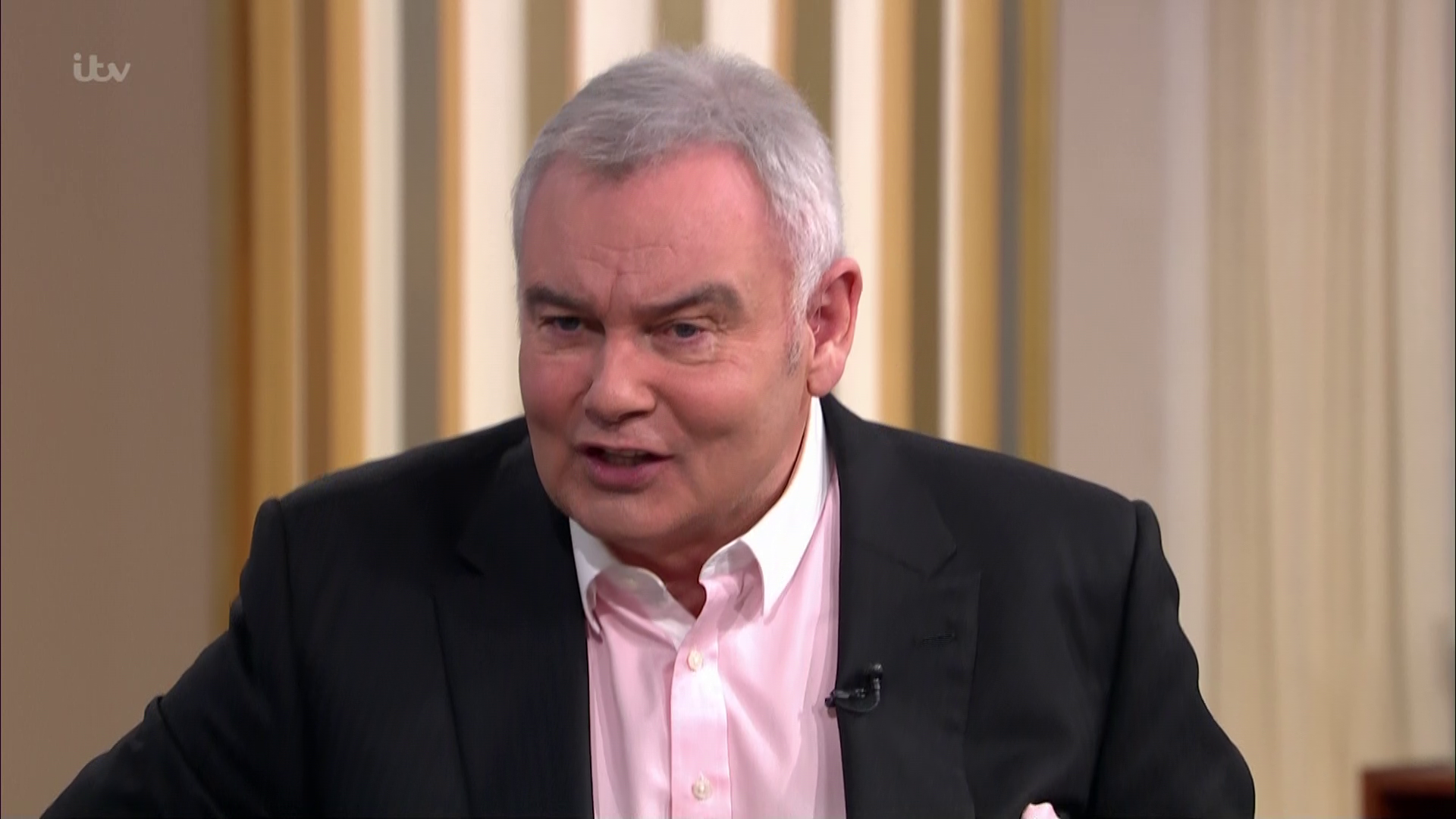 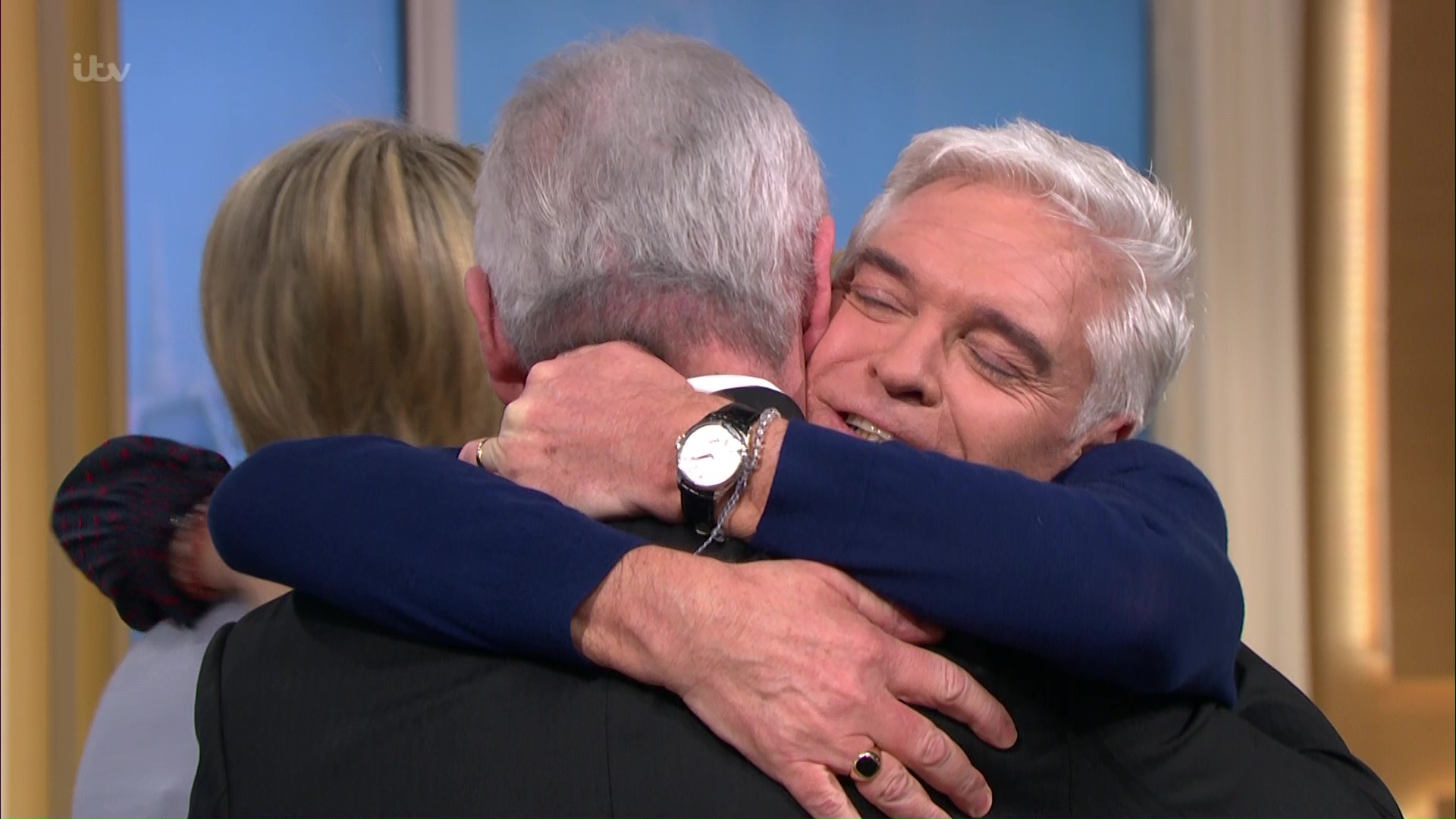 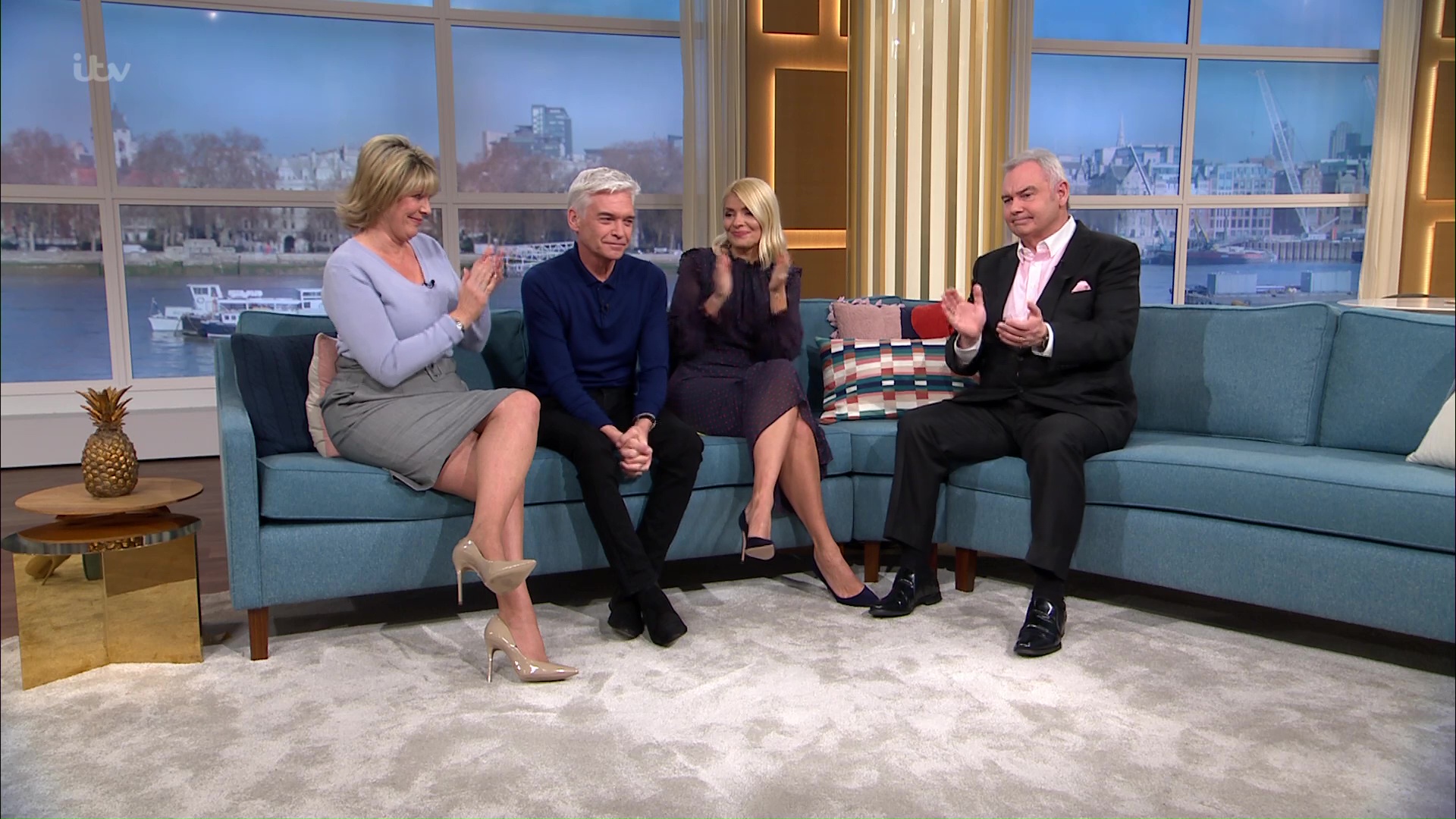 On a serious note he added: "Nobody should be embarrassed about their sexuality. It's fantastic you have spoken out. We are all here by your side. We will be the first to stand beside you."

Their words of support come just weeks after Ruth and Phillip made headlines due to behind-the-scenes tension between them.

Holding back tears during today’s show, the much-loved presenter sat down with friend and co-host Holly Willoughby as he discussed his announcement.

He told her: "It's tough but this is not something that's happened quickly, I've had to deal this in my head for quite some time. 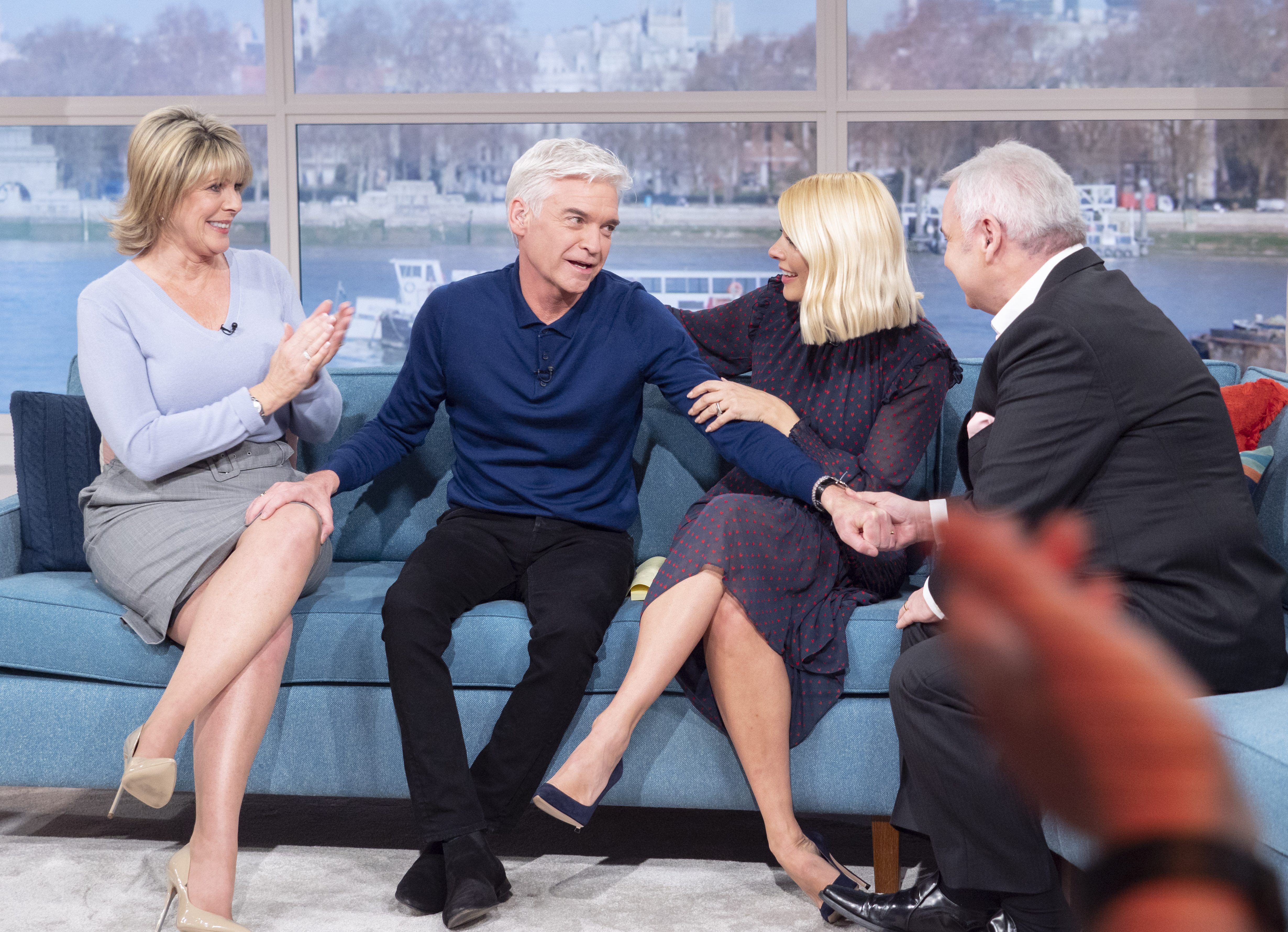 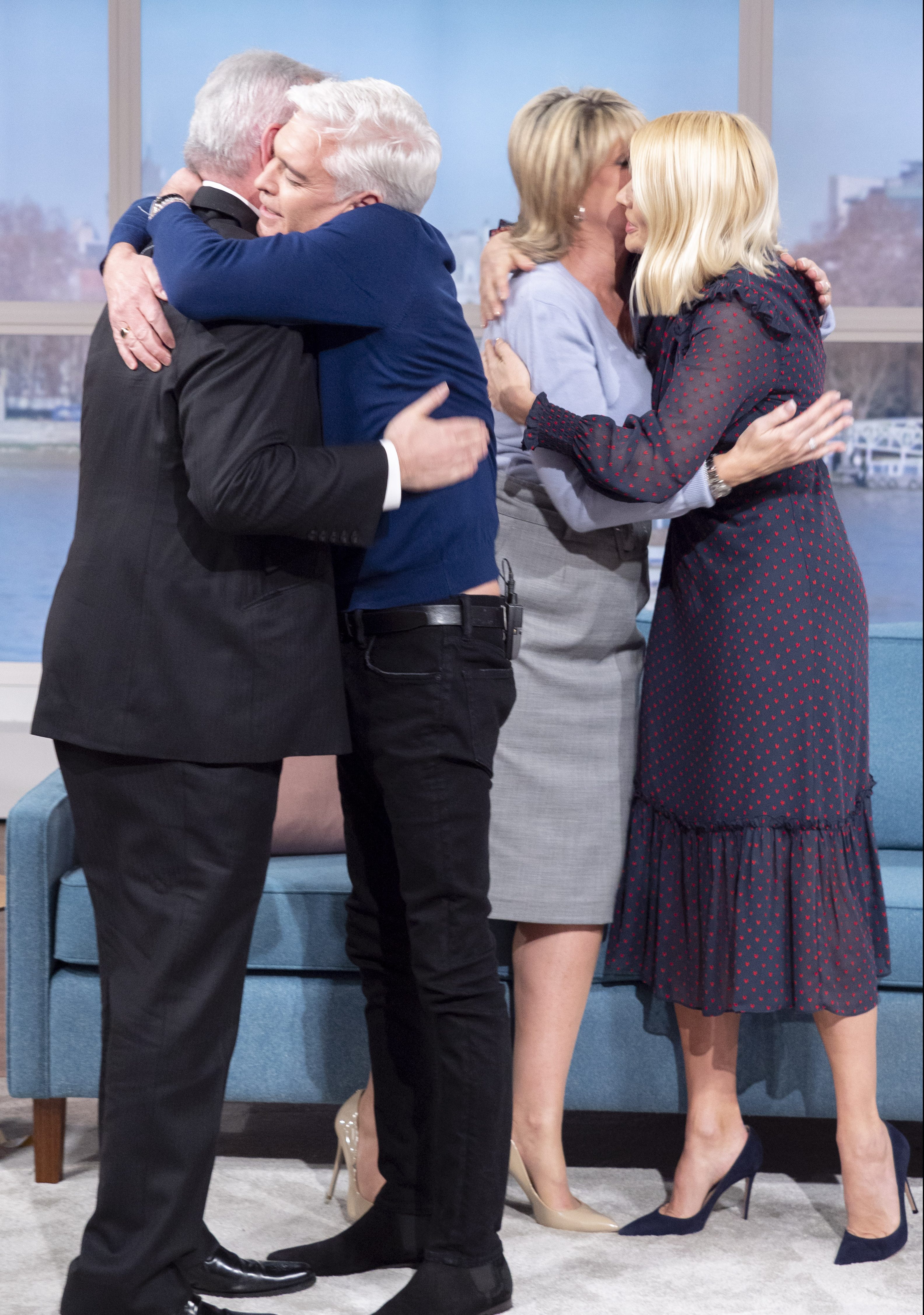 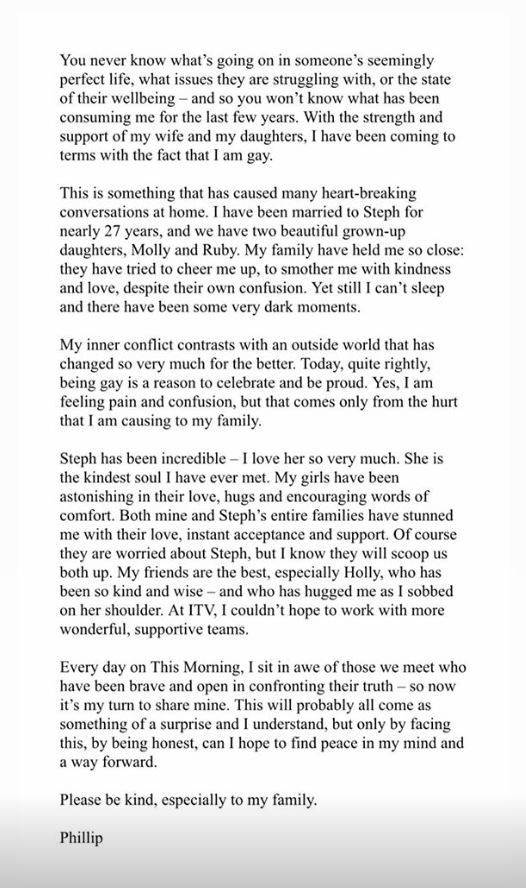 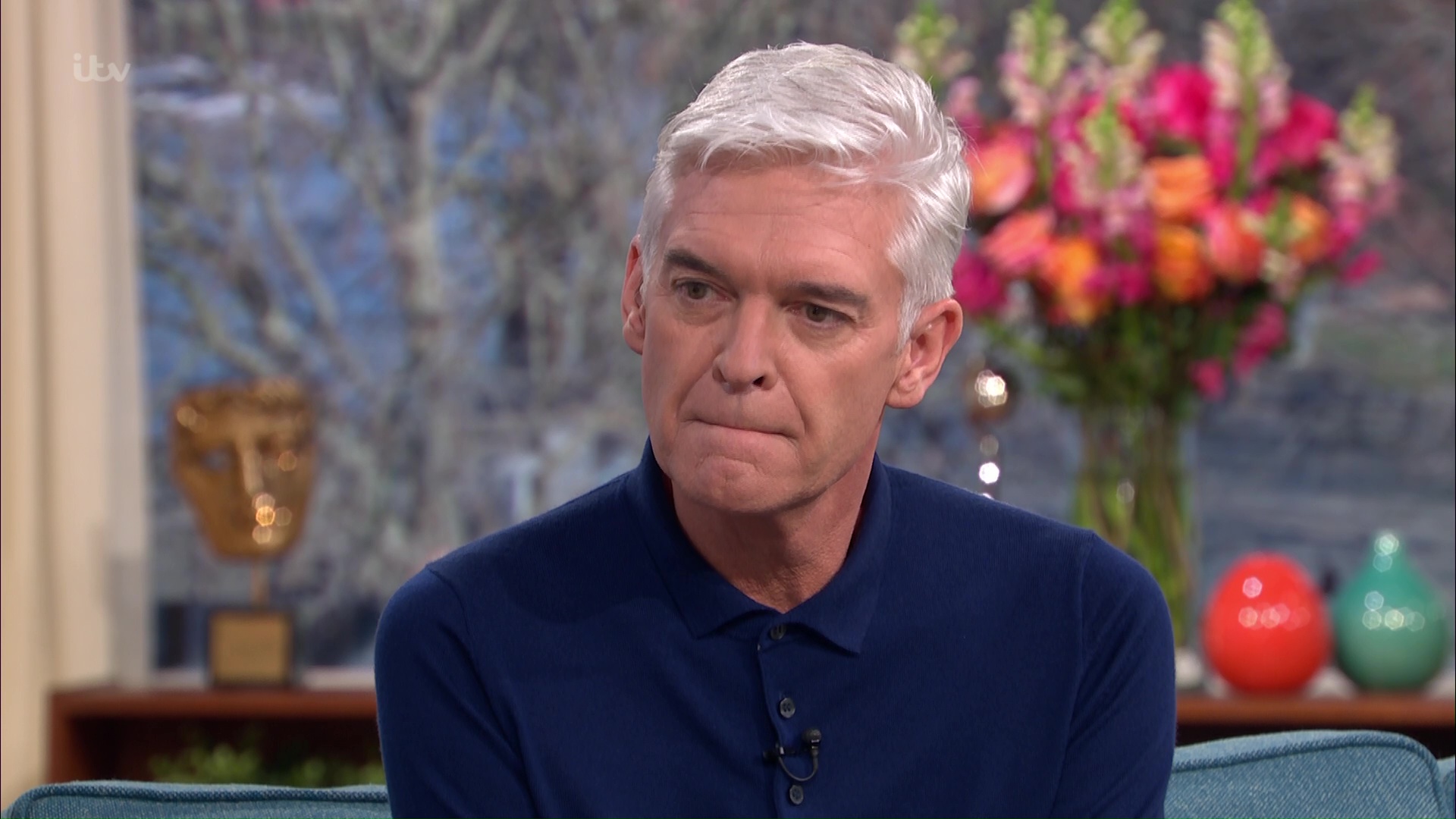 "I got to the stage where I thought we sit here, every day, and some amazingly brave person is sitting over there and I'm thinking 'I have to be that person'.

"All you can be in your life is honest with yourself. I was getting to a stage in my life where I was thinking I don't really like myself because I'm not being honest with myself.

"We always say 'talk to someone'… and you must talk to someone. It's brought be back from some dark places and in some cases talking to people saves you."

In emotional scenes, he then hugged Holly, who vowed she would always sit by him. 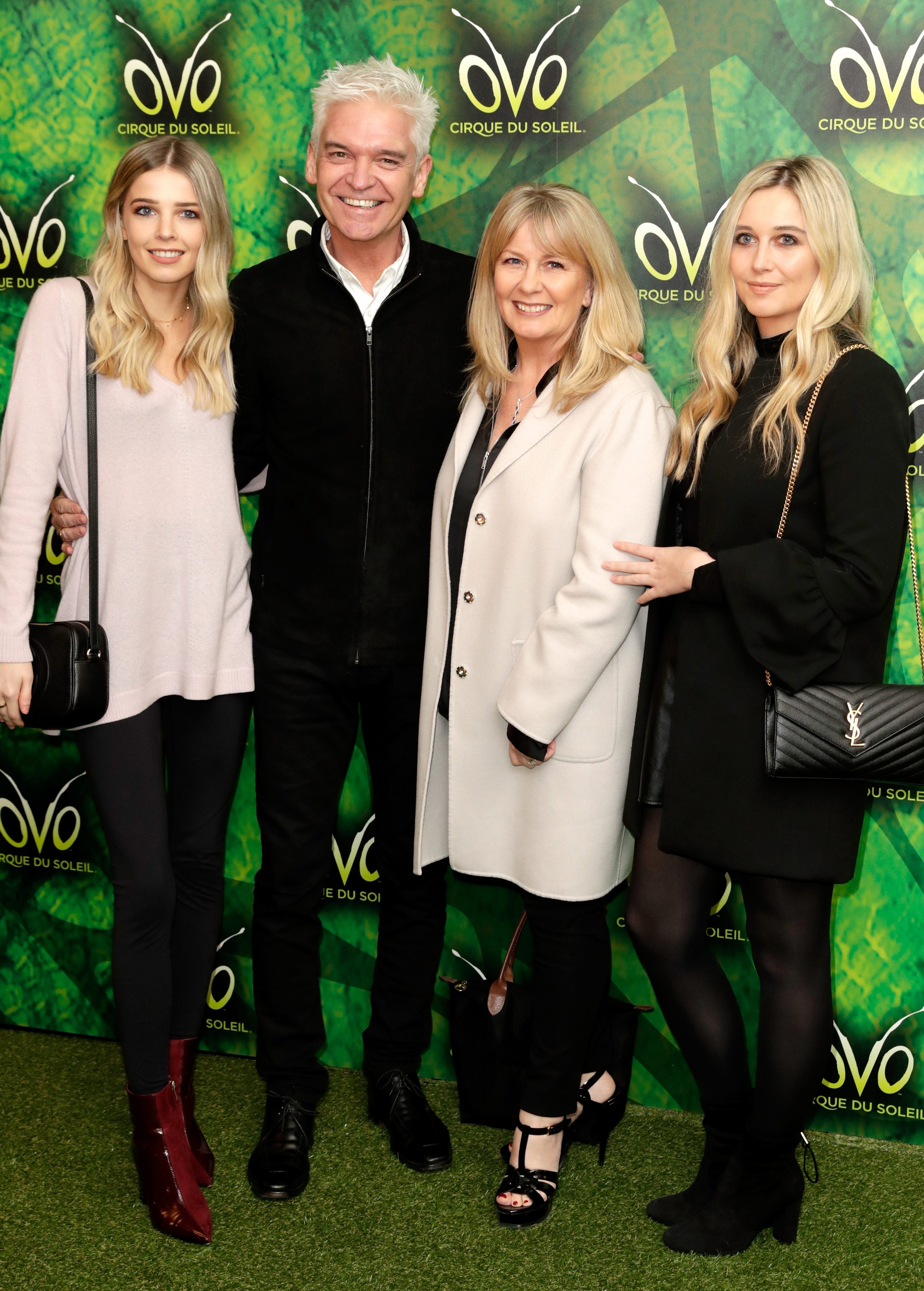 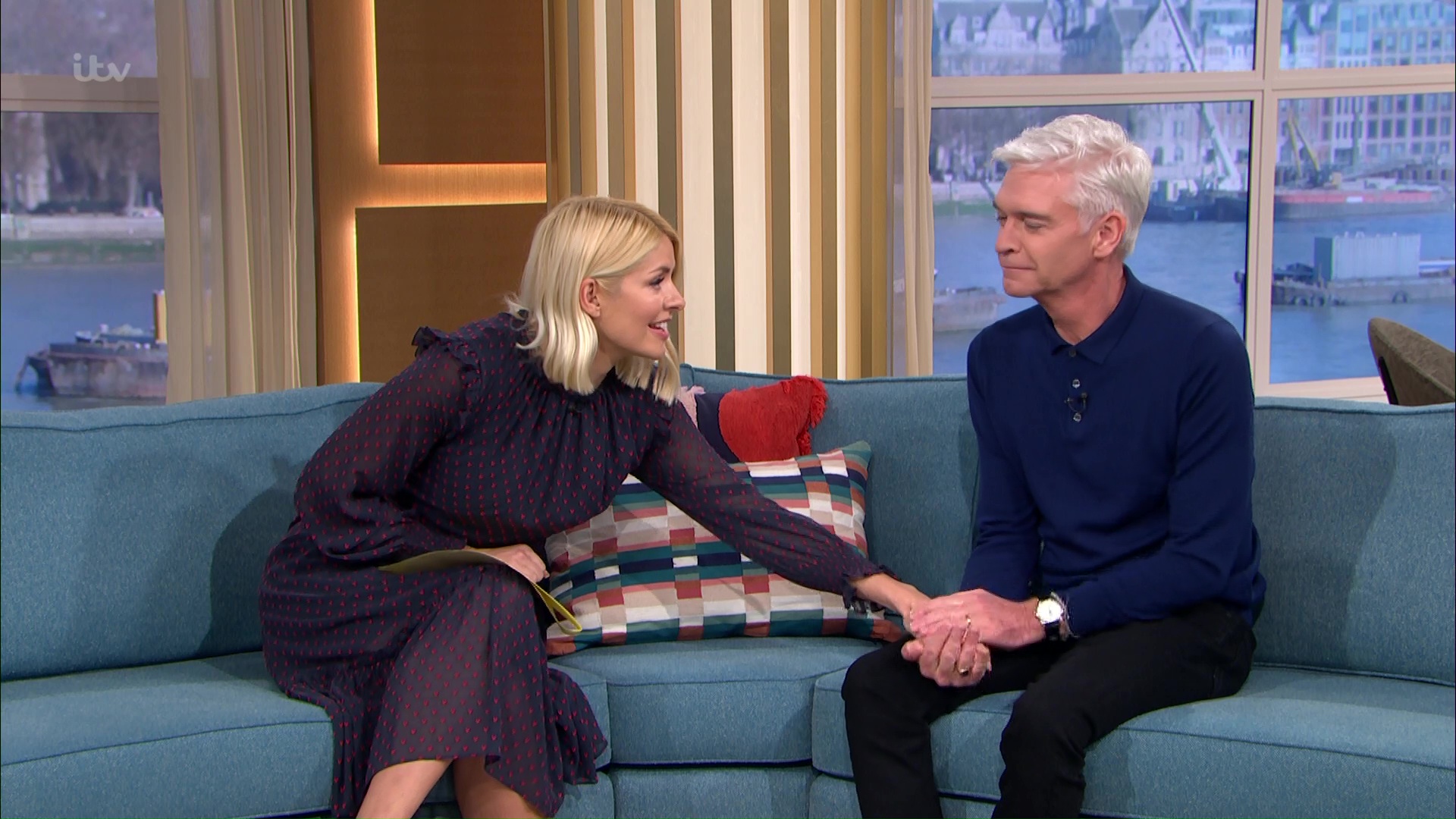