Following Meghan Markle and Prince Harry’s announcement that they intend to step back as senior royals, Piers Morgan and Susanna Reid have covered every angle and development of the shock declaration on Good Morning Britain. However, after a series of explosive rants by the controversial host, some GMB viewers flocked to social media to slam Piers and reveal they had had enough.

ITV viewers felt they had heard enough of Piers opinion on the matter and urged GMB to “move on” to a different topic.

One shared: “Having to turn off @GMB. Can not deal with another day of Meghan bashing. I don’t particularly care if they stay or go but it feels like a one-sided hate campaign and I’m not surprised she wants to get out of here. Shameful bullying in my opinion. Get over it!!”

Another wrote: “@GMB @piersmorgan OBSESSED with Meghan Markle and it’s becoming painful to watch and listening to Piers interrupt and act like a spoilt little boy who is desperate to get a word in is becoming tiring. Surely there’s other stories out there. MOVE ON.”

“It’s been over a week of constant ‘ ‘Harry and Megan’ slur @GMB it’s boring and just another way for Piers Morgan hear his own voice droning on. Move on… #GMB,” a third said. 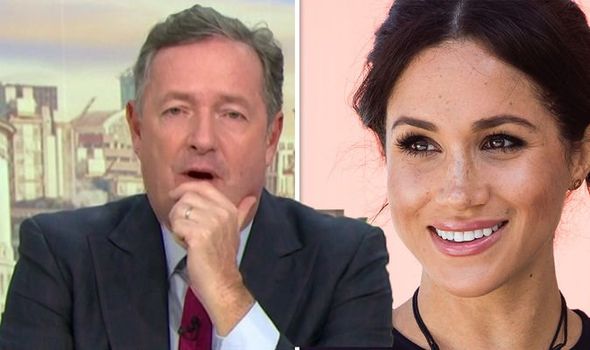 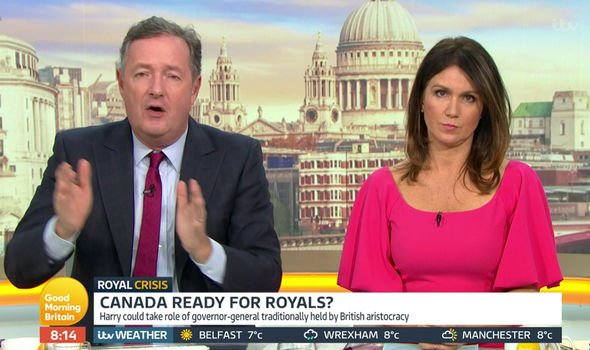 “#GMB has Piers mentioned that Meghan blanked him yet? Why do ITV need so many panellists to listen to him ranting on and on and on…,” a sixth remarked.

Today’s rant on Meghan by Piers came after the news her father, Thomas Markle could testify against her in her legal battle with the Mail on Sunday.

The Duchess of Sussex is suing the newspaper and its parent company Associated Newspapers, accusing it of unlawfully publishing a private letter written to her father. 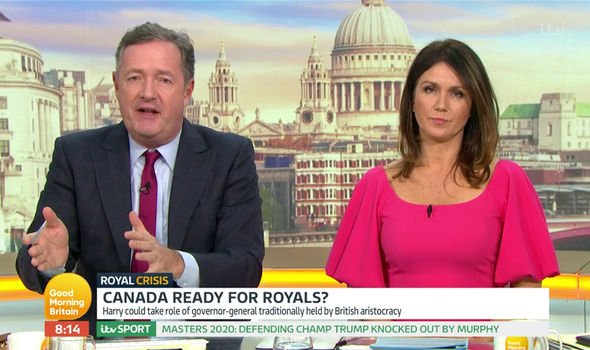 Lawyers for Meghan allege misuse of private information, infringement of copyright and breach of the Data Protection Act 2018 in publishing the letter.

The Mail on Sunday rejects each claim and will argue it was justified in printing extracts because there is a “huge and legitimate” public interest in the “personal relationships” of members of the Royal Family.

After showing a clip of GMB’s interview with Thomas Markle in December 2018, Piers confessed he “felt sorry” for Meghan’s father.

“And I felt particularly sorry for him reading all the stuff that’s come out today from the documents that have been lodged.

“People didn’t believe him, they didn’t think he’d been in hospital, they thought he invented it and now he’s submitted medical records that confirm his story.”

Later, he explained: “The issue is not that they want to live their lives, I think most people say if you want to do that, fine.

“The issue is can they do it and still have taxpayers’ money funding some of that lifestyle.

“Already you see the Globe newspaper in Canada, one of their biggest newspapers, has today written a critical leader apparently about the fact that Meghan Markle yesterday in the middle of all this did what she normally does, she’s an actress, she gets on a seaplane and goes to some downtrodden women.”

He continued: “She goes on a seaplane to see some downtrodden women in Canada but that is not as the Globe newspaper puts it, that’s not a private thing.

“That is actually a member of the royal family conducting a public visit, a charitable public visit and having pictures that are released to the world, they say that is crossing a line.

“If they want to be in Canada as private citizens that’s one thing but if they’re going to be doing this that is public work as a member of the royal family.”

“You can’t be half in and half out,” he added. “You can’t have the taxpayer not seeing them do stuff like this in our country but paying for Frogmore cottage, paying millions for their security.”

Good Morning Britain airs weekdays on ITV at 6am.