Michael Sarnoski’s tale of a reclusive ex-chef out to retrieve his porcine pal mixes flavors you wouldn’t think would pair well, but they do 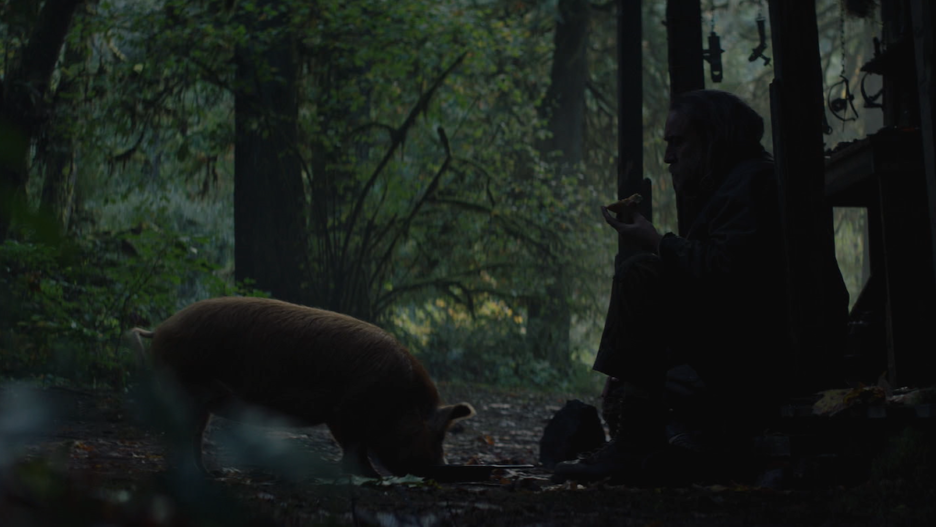 Two-thirds of the way into “Pig,” the offbeat feature debut from director Michael Sarnoski, Nicolas Cage sits at a prestigious restaurant in Portland, bloodied and in rags. It’s the kind of eatery that earns awards and praise, an establishment that prides itself in its outrageously overpriced micro-creations and deconstructions only a few a can afford, and even fewer can pronounce, but whose status make patrons near and far salivate for a reservation.

Playing Robin Feld, a venerated chef that quit the culinary business 15 years ago to live in the forest, Cage harshly judges such food as nothing more than pretentious, nourishing neither soul nor senses but feeding into a vicious cycle of false appearances. With contained authority, his imputation forces the man behind the dish to reconsider his path.

That scene serves as the main dish of a three-course cinematic meal that’s as unexpected as it’s a strangely poignant. “Pig” is a quest with an aftertaste that’s indescribable but pleasant. Not all the ingredients make sense together, but the product of their intermingling inside the filmmaker’s narrative pot render a special concoction. The recipe feels as if the documentary “The Truffle Hunters” was mixed with a pinch of “Fight Club” and just a dash of the hunger for vengeance in the Cage-starring gory thriller “Mandy.”

As a character, hermit Robin leans into Cage’s strength for stoicism. Silent other than when speaking to his precious porcine companion, a pig trained to find truffles in the Pacific Northwest greenery, this is a man that has sworn off all the comforts and hypocrisies of communal living. His only bridge to the outside world is young truffle dealer Amir (Alex Wolff), a character that initially feels disposable but soon surfaces as the film’s emotional anchor.

One random night, Rob’s antisocial lifestyle is upended when his beloved hog is stolen through violence. Furious, he coerces Amir to take him to city to dig up answers. Back in the underbelly of Oregon’s restaurant industry, populated with clandestine dealings and vicious kingpins, the formerly renowned cook puts his own flesh on the line in exchange for clues. Sarnoski pushes the boundaries of realism ever so slightly for us to comprehend this is a realm of heightened viscerality where no one bats an eye at Rob’s pummeled face.

Cage is measured, perhaps even a bit comfortable in a role that knows how to utilize him, but for that, not any less magnetic to the eye. “Pig” also attests that when the Cage’s raw command of a scene is paired with the proper elements and a director that can deftly manipulate tone to the actor’s advantage, excellence arises. Wolff, best known for “Hereditary,” continues adding credibility to his developing career. In the body of insecure Amir, a kid in adult clothing driving a flashy car and desperate for his cold-hearted father’s approval, the young actor once again flaunts his knack for guarded vulnerability. 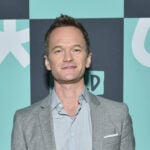 Some notes are less invigorating, like the facile trope of a dead spouse — it’s not only overused as the force to ignite a man’s desire for change or retaliation, but even within Cage’s own filmography, it’s a repeated motivation in the characters he chooses to play. But that doesn’t spoil the whole; the philosophical marinade Sarnoski drenches his screenplay with is plenty delicious. The writing is at its freshest when Rob pontificates about the insignificance of human plights against the brutality of Mother Nature or in the putative father-son relationship between him and Amir.

Auspiciously, the writer-director aims for a noticeable synergy between form and content. Just as the flavor profile of the plot begins to show its layers, so does the shape-shifting score by Alexis Grapsas and Philip Klein. Early on the music rings of mystery and anticipation, and as “Pig” transitions into more humanistic drama, the melody follows suits turning tender, even soothing.

Images of Rob reconnecting with people from his bygone life are captured in wide shots, amplifying the distance he’s deliberately created between those days and his current solitude. When he is cooking, however, cinematographer Patrick Scola (“Monsters and Men”) gets in there with him, almost like a cameraman in a Food Network competition, capturing the rosemary falling on a piece of chicken in slow motion. The intentionality of the overall craft dazzles, such as when an unhurried pan through Rob’s abode tells us so much about him without words. 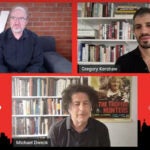 It’s mostly through what others utter about him that we get snippets of Rob’s past, yet Sarnoski is close-fisted with exposition. At first the obscurity of Rob’s glory days and the events that led to his isolation might frustrate, but ultimately the enigma elevates our immersion into this pessimistic man’s search for an animal that personifies his need for connection.

A hefty order of longing served with a side of crime thrills, “Pig” is flavorful, fascinating and fancy, crafted by someone who knows how to create a dish that’s accessible yet undeniably gourmet in its complexity.