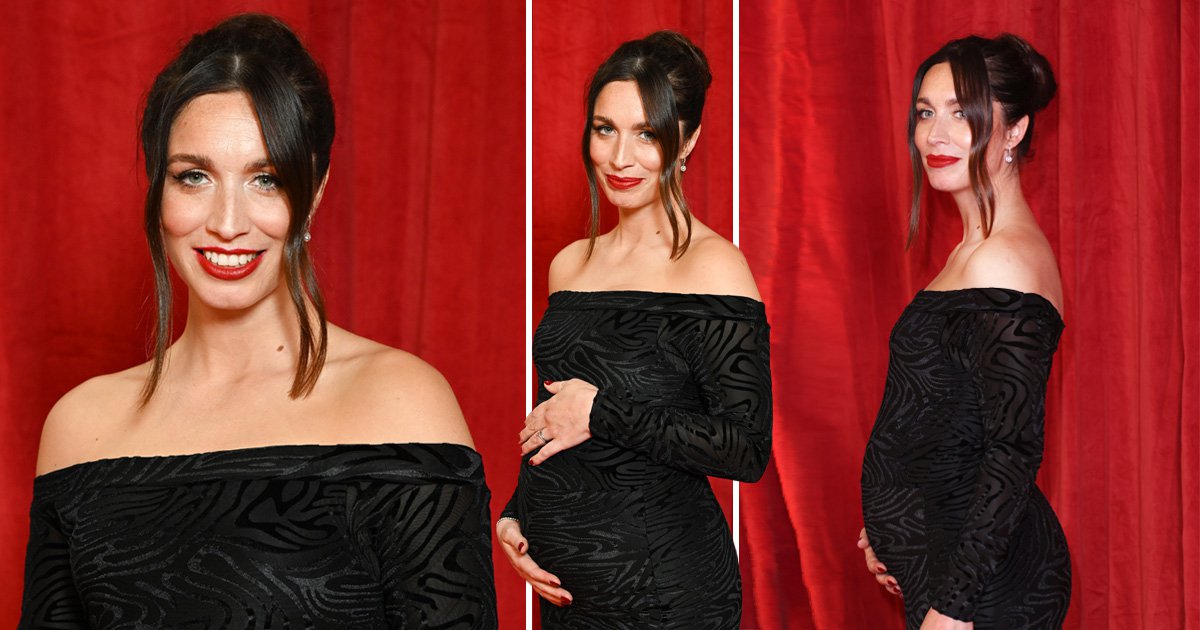 Coronation Street star Julia Goulding has been pictured looking glowing on the red carpet of the British Soap Awards.

The actress, best known for playing Shona Ramsay in the show, cradled a pregnancy bump as she smiled for cameras.

Julia is already mum to Franklin Wolf, who was born on in November 2019.

At the time, Julia revealed she and husband Ben Silver told fans that Franklin had ‘changed their lives forever’.

Sharing a picture of herself and Ben taking a walk, Julia revealed she’d actually been in the early stages of labour when the snap was taken and little Franklin arrived a day later.

This is the first time that Julia has publicly addressed her pregnancy as she posed on the red carpet.

Along with her colleagues from the show, Julia is at the awards in the hope that the show will continue its winning streak.

Speaking on the red carpet, where Metro.co.uk are chatting to the stars, the actress beamed that she is ‘so excited.’

Julia joined the soap in 2016 and quickly became a fan favourite, winning Best Newcomer at the Inside Soap Awards in 2017.

Her character has been central to soap huge storylines, introduced as the mum of Kylie’s killer Clayton.

Despite this, Shona and David have fallen in love and remain one of the show’s prominent and most loved couples.