But, hey, it beat ”The Blacklist“

ABC’s “Queen Family Singalong” drew a 0.5 rating among adults 18-49 and 3.4 million total viewers on Thursday. That beat NBC’s “The Blacklist” outright and tied two CBS sitcoms in the demo (but was nowhere close in overall viewers). Of course, Fox’s “Thursday Night Football” game truck-sticked the rest of television anyway.

Paired with a pair of “Queens” reruns, ABC settled for fourth place in primetime averages.

This is technically the fourth “Family Singalong” to air on ABC. The other three were all about Disney songs. 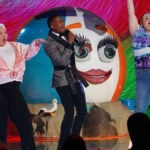 The first two, which were created to fill a programming void early on during the coronavirus pandemic, received a 2.6 rating and a 1.4 rating, respectively. They had, in order, 10.4 million total viewers and 5.8 million viewers. A holiday version in late November was much closer to the second singalong than the smash-hit original one, averaging a 1.2 rating and 5.7 million total viewers.

Crunching the numbers, this singalong was down 58% among adults 18-49 from the previous one. The 40% decline in terms of total viewers is a bit more palatable. It also makes perfect sense, since many Queen fans would be older than the key demo’s cutoff.

Due to the nature of live sports, the below numbers for Fox should be considered subject to significant adjustment.

Fox was first in ratings with a 1.8 rating in the advertiser-coveted 18-49 demographic and in total viewers with an average of 7.7 million, according to preliminary numbers. For now, those are the averages of the Jets vs. Colts game, which finished 45-30 in favor of Indianapolis. 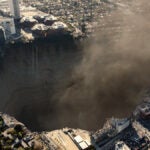 ABC was fourth in ratings with a 0.3 and in total viewers with 1.9 million. The Queen singalong aired from 8 to 9. Those “Queens” repeats followed. Very different shows despite the synergistic titles (though we suppose music is another common thread there).