The Real Housewives of Beverly Hills friend Dana Wilkey recently sided with Cedric Martinez about being played by Lisa Vanderpump. But now Martinez has seemingly disappeared after a string of interviews and global press. 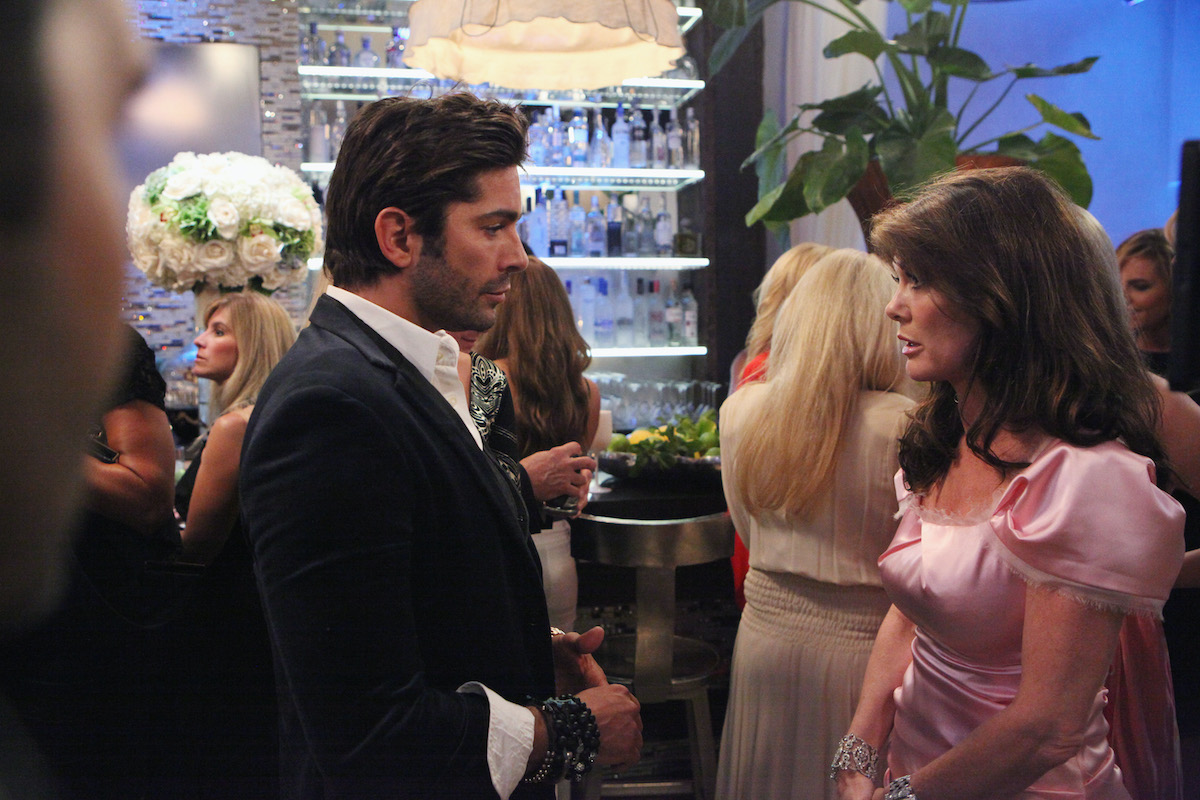 Wilkey admitted that she originally sided with Vanderpump and agreed that Martinez was using Vanderpump to gain fame. But she changed her opinion after listening to Martinez’s interview on Behind the Velvet Rope with David Yontef.

Now Wilkey says she believes Martinez. “I’m sorry @teamlisavanderpump I said #lisavanderpump did not sell press and I believe thats still true but I believe @cedricmartinez is telling the truth after listening to his interview,” she posted along with a video. “I have travelled the international social circuit (including UK) for years and it’s just so familiar his story. Rich people have human pets I was one for my ex and some of my rich friends and unfortunately so was this poor guy.”

In her video message, Wilkey said Martinez was played by rich people. “I think he really demonstrates the kind of betrayal that happens when you’re with people that are generally speaking are good,” she said.

“But then they get in the limelight and they just sort of sell their soul to like get somewhere, be someone,” she continued. “And they throw everyone under the bus. And I feel for Cedric, I feel so bad for him. Because you can see from the interview that he feels sad. You know? Somehow Lisa really betrayed that guy. And I believe it. I believe everything he’s saying.”

Martinez suddenly re-emerged in the public eye with proof and insights into how Vanderpump used him for her own gain. He shared images of contracts on social media and did interviews about how he was manipulated.

“This is the contact I was made to sign on the set while filming RHWOBH,” Martinez posted in early June along with an image of the contract.

“I was with Lisa,” he continued. “When I refused to do it right away as I needed to read it. The producers pressured me and so did Lisa. ” For God sakes Cedric, we all had to sign the same contract! ” said Lisa. I loved and trusted her like a mother. Feeling pressured and on the spot and not wanting to upset anyone, I signed my life away! Evolution production, Dave Chapel ( exec producer) Ken and Lisa betrayed and used me. Little did I know at the time, this was only the beginning.”

Cedric Martinez did a flurry of interviews and then vanished

Martinez participated in a two-part interview with Behind the Velvet Rope with David Yontef and offered interviews to other media outlets about Vanderpump. He continued to share videos and insights on Instagram, often going live to interact with followers.

His profile reached a fever pitch over the summer and then suddenly … he disappeared. His last Instagram post was on August 23 as he was about to board an airplane. A fan recently commented on the post. “Hope you are okay, no posts since August.”

One fan suggested Martinez hustled people for money by leveraging his 15 minutes of RHOBH fame. “You do know that shortly after your interview with Cedric he encouraged people to donate to his GoFundMe,” a person shared on Yontef’s Instagram. “He said he had an abusive boyfriend. Once people sent him enough money he moved, and hasn’t been on any of his socials since.”

The fundraiser produced £1,150 for Martinez.