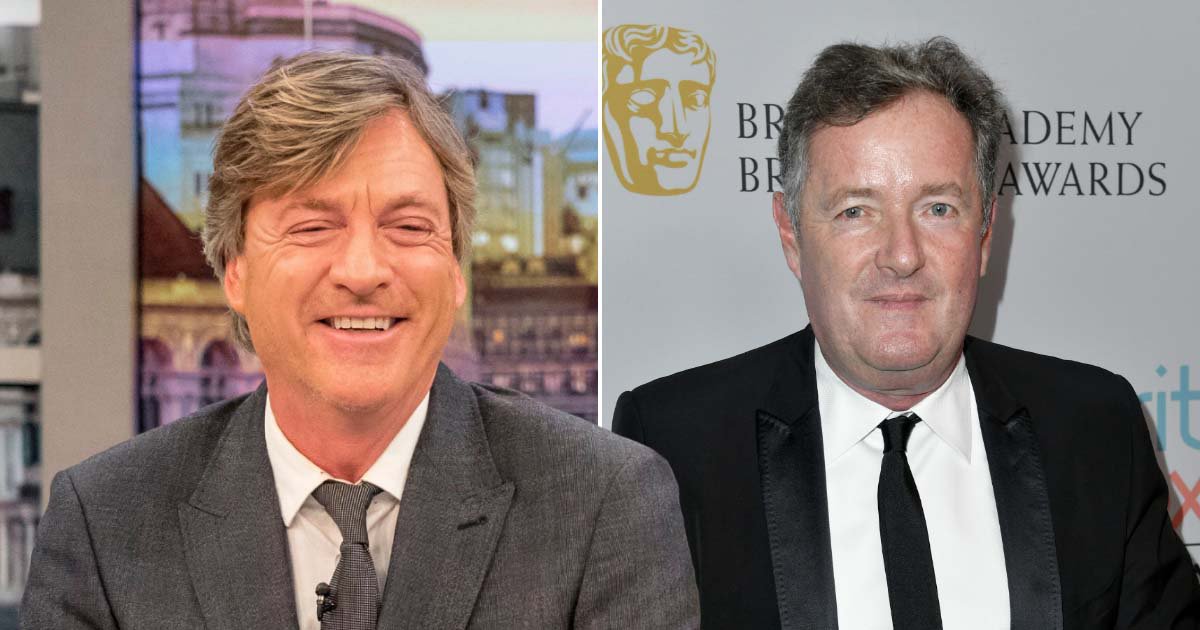 Richard Madeley is already apologising to Good Morning Britain viewers ahead of his return to the ITV programme tomorrow.

The 65-year-old will be joining the Good Morning Britain team again while he remains favourite to permanently take Piers Morgan’s seat after the former host sensationally quit.

Gearing up for some classic Alan Partridge style moments when he presents tomorrow, Richard said he was sorry to audience members in advance.

On Twitter, he wrote: ‘Not one, not two, but three early morning alarms by my bed tonight – back on guest co-hosting duties with Good Morning Britain tomorrow (Thursday).

Richard previously insisted the role ‘suited’ him after previously filling in for Piers.

‘It’s a good show to do. It suits me and, yeah, I think I suit it. Whether I’m going to be asked to take over, I have no idea.

‘I have had no approach at any level formally or informally. The phone hasn’t rung, I haven’t had a ping into my inbox,’ he told The Sun.

‘The bookies have me down as the front-runner and there have been opinion polls where I’ve come out reasonably well, but there’s a huge difference between that and it being a reality.

‘I’ll go in, I’ll fill in, I’ll enjoy it and I hope they ask me back. But in terms of sitting in for Piers, it’s a completely open question.’

Piers, however, candidly gave his response to Richard’s remarks, sharing the newspaper headline with a wide-eyed emoji to express his shock, which spoke volumes.

For more stories like this, check our entertainment page.

Follow Metro.co.uk Entertainment on Twitter and Facebook for the latest celeb and entertainment updates. You can now also get Metro.co.uk articles sent straight to your device. Sign up for our daily push alerts here.