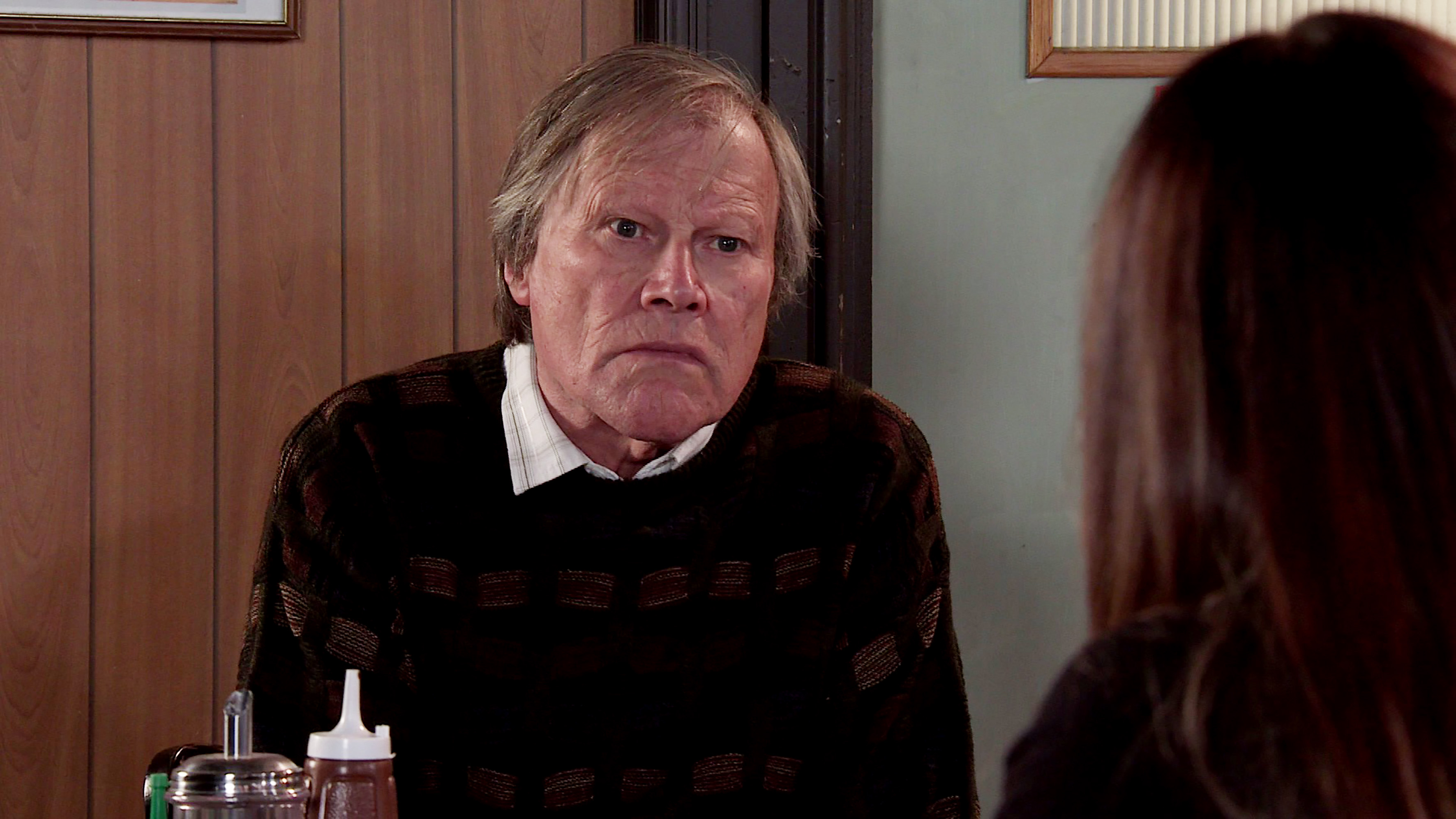 Metro.co.uk understands that the cobbles icon, who left the ITV soap last month, will return amid the festive season.

The legendary character’s departure left viewers wondering if they’d seen the last of him.

Roy’s exit came about in the wake of him discovering that the gun Abi Franklin (Sally Carman) obtained to shoot Corey Brent (Maximus Evans) was the very same firearm used to kill Natasha Blakeman (Rachel Leskovac).

Feeling like he played a role in Natasha’s demise given that he lied to the police about the gun to protect Abi, Roy decided it was time to go.

‘This is my only hope of peace,’ he told Nina, explaining why he must leave the street he’s called home for nearly three decades.

Nina Lucas (Mollie Gallagher) begged Roy to stay. ‘Please don’t do this to me Roy!,’ she yelled. ‘You’re the one person in the world who I trust, and I love you!’

But Roy refused to change his mind, and thus he left Weatherfield in emotional scenes.

David Neilson previously discussed Roy’s departure from Corrie, telling Inside Soap: ‘I’m 72, obviously. When Corrie aired Norris’ funeral, we had a scene with the hearse pulling up – and because of Malcolm Hebden, I thought: “I’m really sorry that I won’t get to work with him again.”

‘But there are two exits in this for me: one for the character and one for David. Hopefully they won’t coincide – maybe they will.