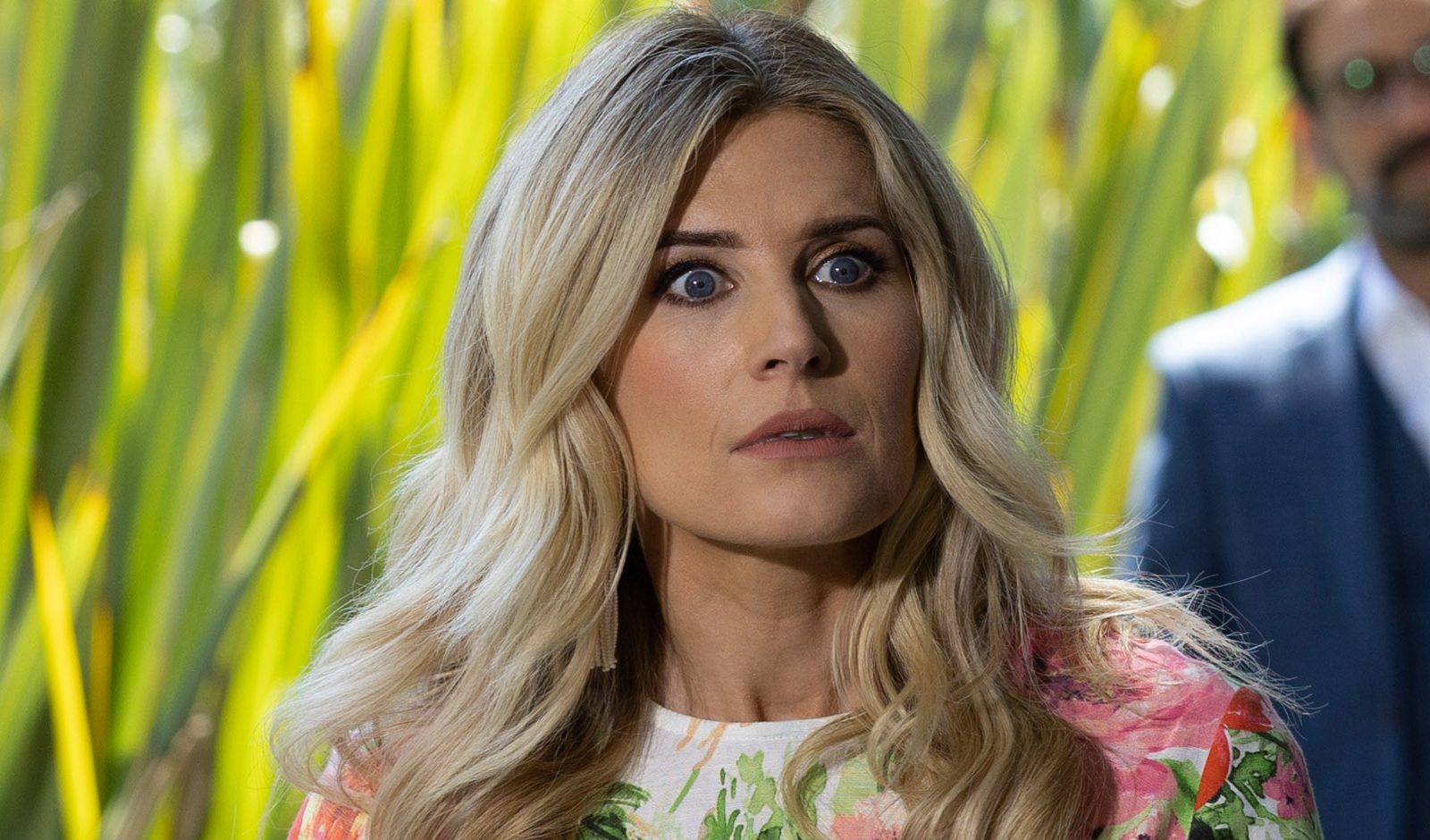 Sarah Jayne Dunn has revealed that she’s ‘disappointed’ over her ‘axing’ from Hollyoaks, but says that she felt like she needed to ‘take a stand.’

The actress, who portrays Mandy Richardson, parted ways with the Channel 4 soap following a dispute with bosses over her OnlyFans account.

She revealed last month that she was signing up the subscription so that she could share her ‘racier’ images with fans.

The 40-year-old told her followers at the time that she had ‘thought long and hard’ about her decision to create an OnlyFans account, explaining that she wants to take back control of her image.

But the decision led to a clash between she and Hollyoaks bosses, and a resolution was unable to be reached, resulting in Sarah leaving the show.

‘I’m disappointed it has come to this, after so many years,’ she told The Sun. ‘I’ve loved being on Hollyoaks and I will miss the amazing cast and crew very much. But I feel like I had to take a stand.

‘For me this is about having the right as a woman of 40 years old to decide what is right for me.

‘I love photoshoots and I’ve worked hard for my figure. I don’t make a secret of the fact that I get a big boost out of it, and I’m not apologetic for that.

‘The pictures I’ve put on OnlyFans are no more explicit than the sort of things I’ve done in the past for magazines and even for Hollyoaks’ own official calendar.

The soap star, 40, added: ‘The idea that it’s just pornography is a total misconception, it’s not the case at all.’

It was revealed on Wednesday that Sarah had left the Hollyoaks amid the dispute with bosses.

A spokesperson told Metro.co.uk: ‘Hollyoaks is a youth-facing drama with many young viewers, who follow our cast very closely, both in the soap and outside of it.

‘We take our responsibility to our young audience very seriously and therefore the show does not allow any Hollyoaks cast members to be active on certain 18+ websites.

‘We had hoped we could reach a resolution with Sarah that would allow her to remain in her role as Mandy, but we respect her choice to continue to produce content on OnlyFans.

‘In the past four years since her return to the show her legacy character has been an integral part of some our most important storylines and we will be very sad to see her go.’