Cooking with the Stars: Anton told off for singing

ITV’s Cooking with the Stars saw the remaining six celebrities go head to head for a chance in the final and be crowned the latest series’ winner. On Tuesday night, Strictly Come Dancing star Anton du Beke became distracted by singing and dancing during the preparation of his dish. When it came down to being judged, Ronnie Murray didn’t hold back and slammed Anton’s laid-back attitude whilst cooking.

During his preparation, Anton quickly became distracted and began singing and dancing around the kitchen.

Worrying about how calm he was, his mentor Rosemary Shrager shouted across the kitchen: “Concentrate! Concentrate!”

Jack Stein, who is paired up with Love Island star Maura Higgins also noticed his lack of urgency and added: “Come on, Anton, you don’t have time, mate. He thinks he’s at the Palladium.” 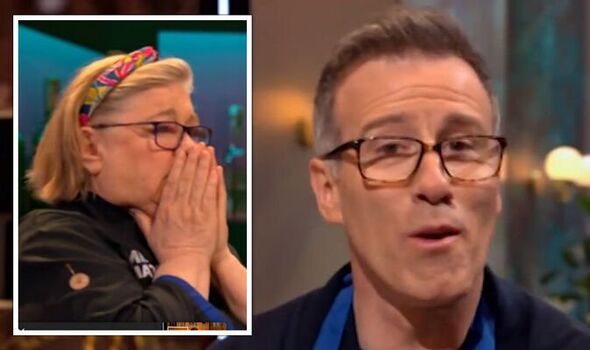 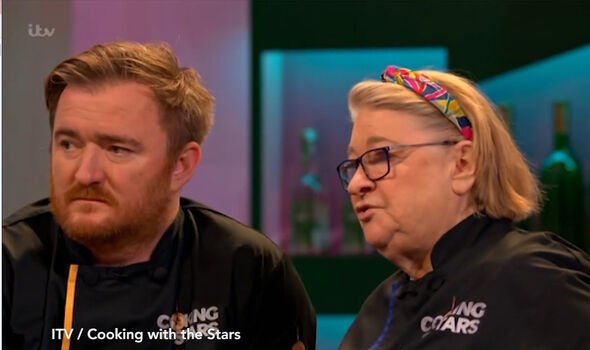 Rosemary agreed: “The thing is when he is doing something else, he is not concentrating, he is meant to be doing the chilli tomato sauce.

“As long as he leaves enough time to make his paratha and fry them as well, I hope he is going to be finished in time. I really do.”

As the celebrities drew closer to their time being up and having to serve their dish to the judges, host Emma Willis exclaimed: “Anton needs to get cracking.”

Panicking about his progress, Rosemary became concerned: “He is behind, he has to make sure the paratha is cooked through, that is the most important thing.” 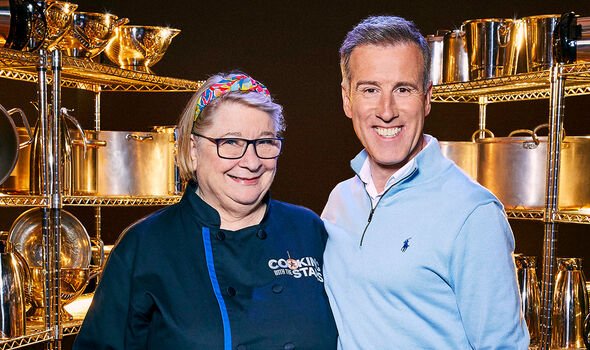 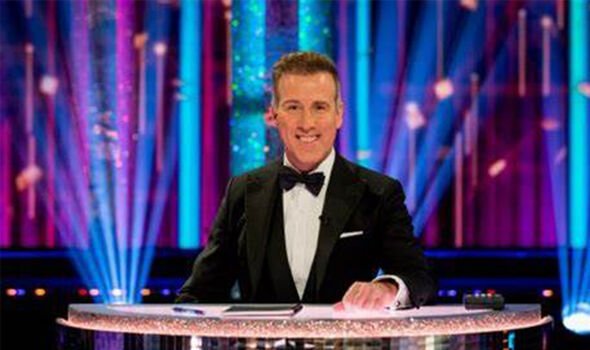 Anton then panicked, shouting in the kitchen: “This isn’t working! Not working!”

With little time left, it came down to the wire for Anton as he had to fry his lamb stuffed parathas and ensure they would be cooked enough to keep him from the cook-off.

After plating up his dish, Anton explained: “Paratha looked nice, but I don’t think the dough was the best, the one thing I have experience doing, not sure on the dough.”

When it came to the judges’ comments, Judy Joo, who is partnered with Joe Wilkinson, explained: “I wish you had just paid more attention to the paratha bread.

“It could have been so good, but it is completely undercooked, but well done on the other elements.”

Ronnie, who is paired with Dame Kelly Holmes, quipped: “Anton, it is so close, and it is just not quite there.

“I’ll give you a little bit of free advice, the singing and the dancing is very entertaining but save it for the other show because that is what let you down today, it’s as simple as that.”

Anton laughed off the comments whilst the rest of the celebrities looked shocked at the statement.

Unfortunately for The Chase star Anne Hegerty, her dish underperformed and she was sent into the cook-off where she faced This Morning presenter Josie Gibson.

After the pair faced off and cooked identical dishes, it was Josie who was successful and made it through to the next week.

Anne thanked her mentor Jean-Christophe Novelli and revealed she had learnt so much, not only about cooking but herself.

Cooking with the Stars airs Tuesday from 8pm on ITV.