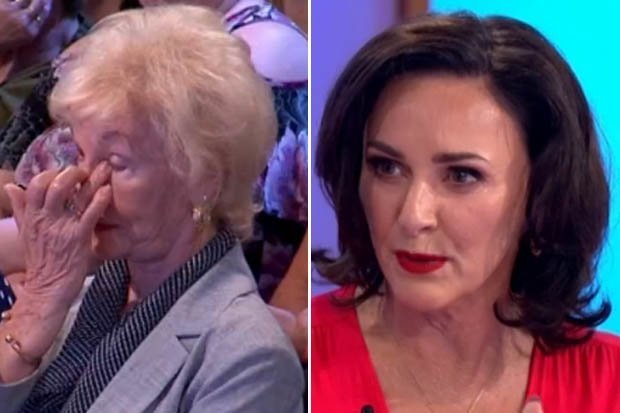 Shirley Ballas moved her mum to tears during her appearance on Loose Women today.

The Strictly Come Dancing head judge was on the programme to talk about her recent charity trek, in honour of her late brother.

Raising money for Comic Relief charities, Shirley ventured up Mount Kilimanjaro with a host of other celebs such as BBC Breakfast’s Dan Walker and Little Mix’s Jade Thirlwall.

Shirley was raising money and awareness for a mens’ mental health charity, following her brother taking his own life a number of years ago.

Speaking about the trek, Shirley said: “The whole journey was very difficult.”

She added: “It was the hardest thing I’ve ever done in my life.”

Shirley, 58, also touchingly revealed that her brother helped spur her on to get the top.

Heartbreakingly, Shirley divulged that she thought she could hear her brother speaking to her at one point during the ascent.

She explained: “The altitude plays with your mind. I could hear my brother talking to me at one stage, so I had to have a talking to.”

Giving a bit of background on her childhood with her brother, Shirley divulged: “It was always just the three of us, as my mum was a single mum.”

The camera then panned to Shirley’s mum who was sat in the audience, who looked visibly emotional as she wiped at her eyes.

Shirley said that her brother’s death has prompted her to “listen a lot more” as she “didn’t see it coming”.

She also divulged that she’d be up for tackling Mount Everest next to continue her mission of raising awareness for men’s mental health.

Loose Women is on weekdays at 12.30pm on ITV