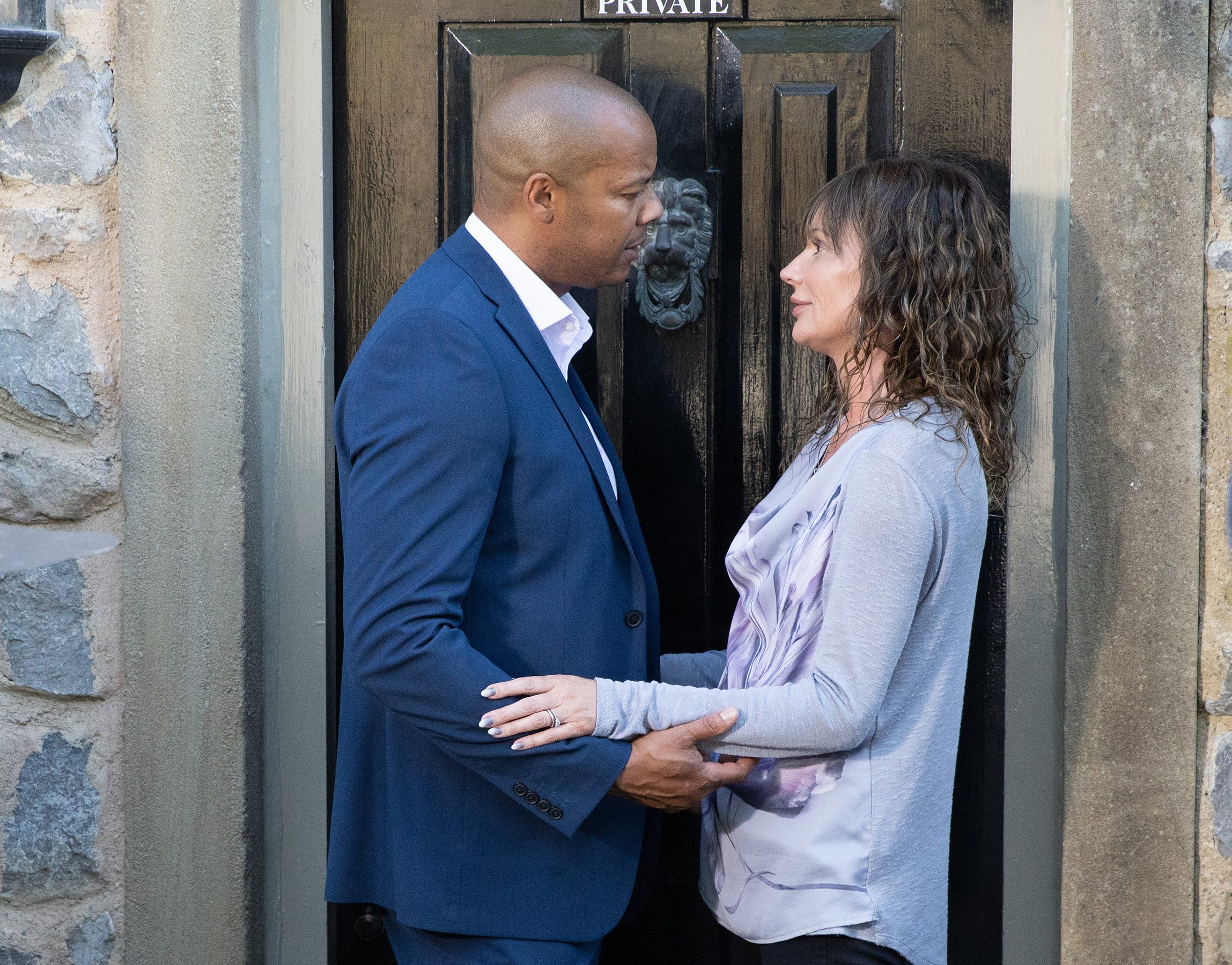 As Al Chapman (Michael Wildman) and Chas Dingle (Lucy Pargeter) have developed more intense feelings for each other over the months of their affair on Emmerdale, it was inevitable that things couldn’t carry on the way they were forever.

Either the affair would be ended by them being discovered or by one of them ending it, or they would have to move on somehow.

And it seems in upcoming episodes it could be the latter course of action that they choose.

Al realises that he’s never going to be happy until he’s with Chas for good, and he suggests that they should run away together and start a new life away from the village. It’s not just a casual remark, either, as Al starts to get his finances in order so he can buy a house for him and Chas.

Unfortunately for him, Kerry (Laura Norton) sees what he’s up to – and assumes he’s planning to move house with her! She starts to try to squeeze information out of him about their future love nest, much to Al’s discomfort.

He tells Chas he’s going to end things with Kerry and arranges to meet her at the Woolpack to do just that. Kerry, however, has a plan of her own.

In front of the entire pub – including Chas – Kerry proposes to Al. In a rap. And yes, it is every bit as cringeworthy as it sounds.

How will Al react?