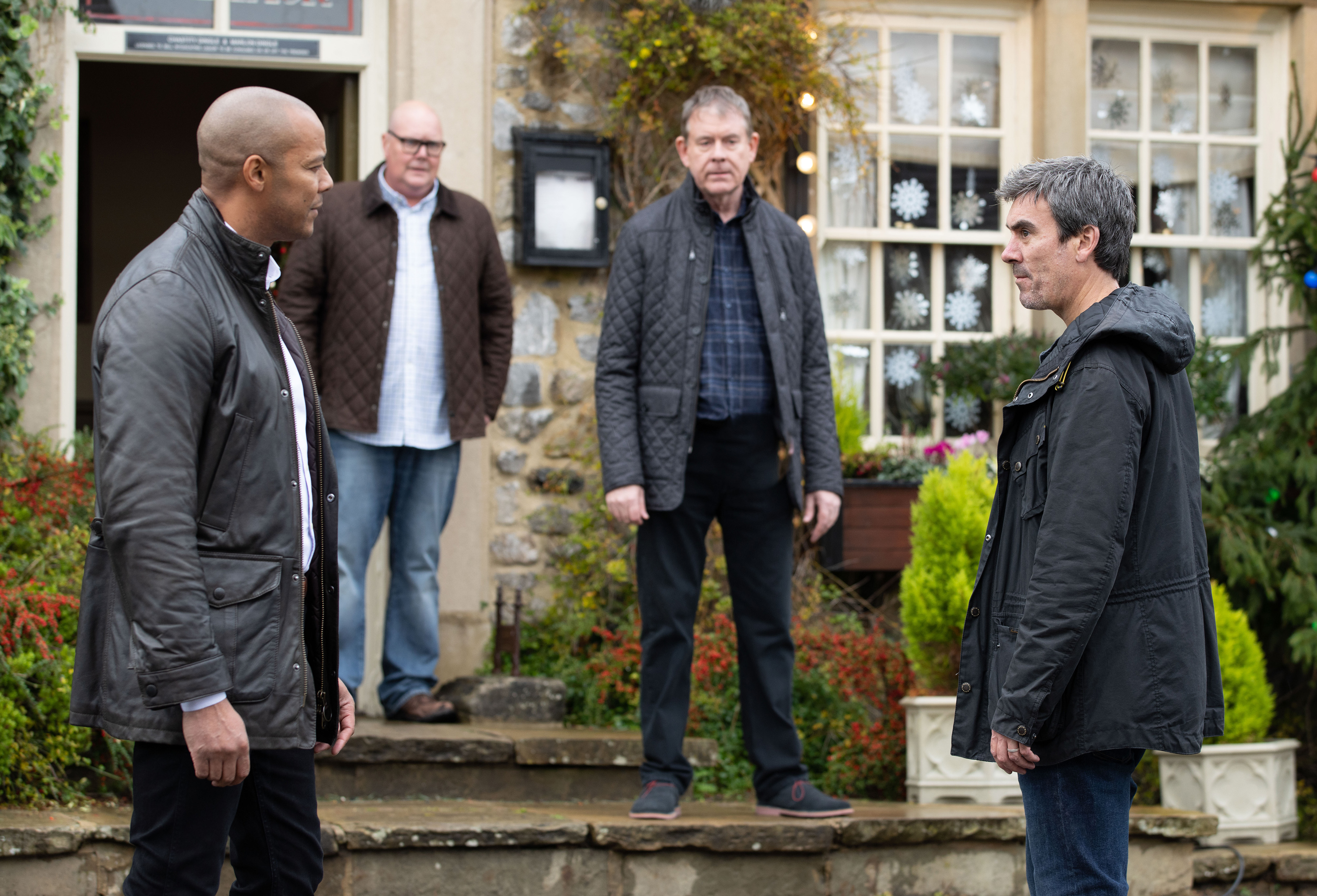 In recent weeks, Al Chapman (Michael Wildman) has been conniving and plotting to get his hands on the Woolpack as he plans to turn it into luxury flats. Having succeeded in investing and becoming a partner, he has already inflicted major changes on the team.

Tonight, Marlon (Mark Charnock) was left in a muddled when he realised the pub promotion offered a free bottle of champagne, not a glass.

Aware he had wound Chas up, Al smiled as she threw a bottle of champagne at the wall, telling Nicola (Nicola Wheeler) and Brenda (Lesley Dunlop) that the promotion afternoon was over.

As Cain discovered what was going on, he stormed over to the pub and threatened Al, telling him he’s his ‘worst nightmare’.

Despite Cain’s attempt at scaring Al away, he wasn’t fazed, convinced the Dingles are no match for him.

If Al continues to push Cain’s buttons, how far will he go to get revenge?

Could Cain be responsible for setting the Woolpack on fire, following the recent storyline confirmation?

Producer Kate Brooks said: ‘It’s not just the Woolpack that goes up in flames on Christmas Day, as secrets and lies explode, ripping through the lives of some of our much loved villagers and making it a Christmas they’ll never forget’.