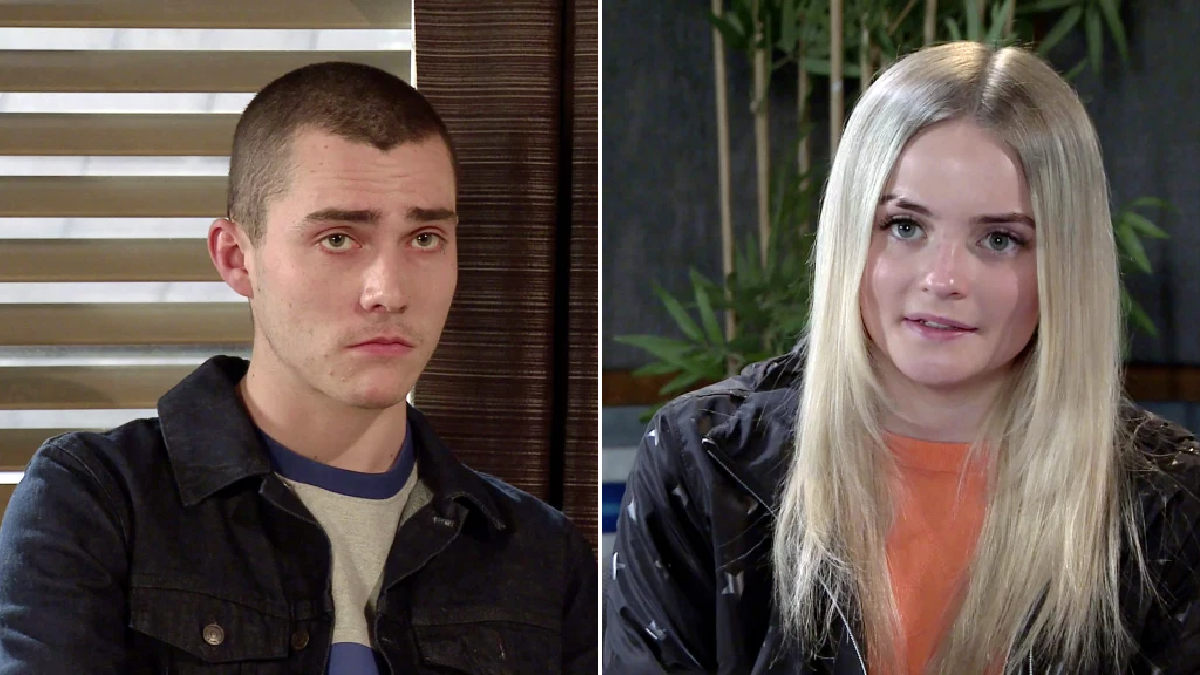 As Abi (Sally Carman) and Kevin (Michael Le Vell) sat waiting in hospital for more news on Seb, the doctor told them his deterioration meant the ventilator was the only thing keeping him alive.

The aftermath of the vile murder begins and lies, fake alibis and rumours all begin to spread.

With Corey already covering his tracks by telling Abi he knew nothing about the attack and always got on well with Nina, could he be about to frame Kelly (Millie Gibson) for the murder to save himself?

Awash with panic, Kelly calls Corey and asserts that they’re in big trouble.

Asha (Tanisha Gorey) watches in horror as Kelly is driven away in a police car.

During the interview, Kelly is questioned but clearly terrified, she refuses to answer any questions.

Kelly returns home with Imran (Charlie De Melo) but he warns Toyah that Kelly is not out of the woods by any stretch.

Kelly decides to pay Corey a visit and suggest they tell the police the truth, but he sends her packing.

Meanwhile, Stefan (Paul Opacic) – Corey’s dad – tells him to cut all ties with Kelly, but could it lead to him framing her for Seb’s murder?

If Kelly has already been questioned by the police, will Corey use that to his advantage in order to cover his back?

Join the community by leaving a comment below and stay updated on all things soaps at our homepage.