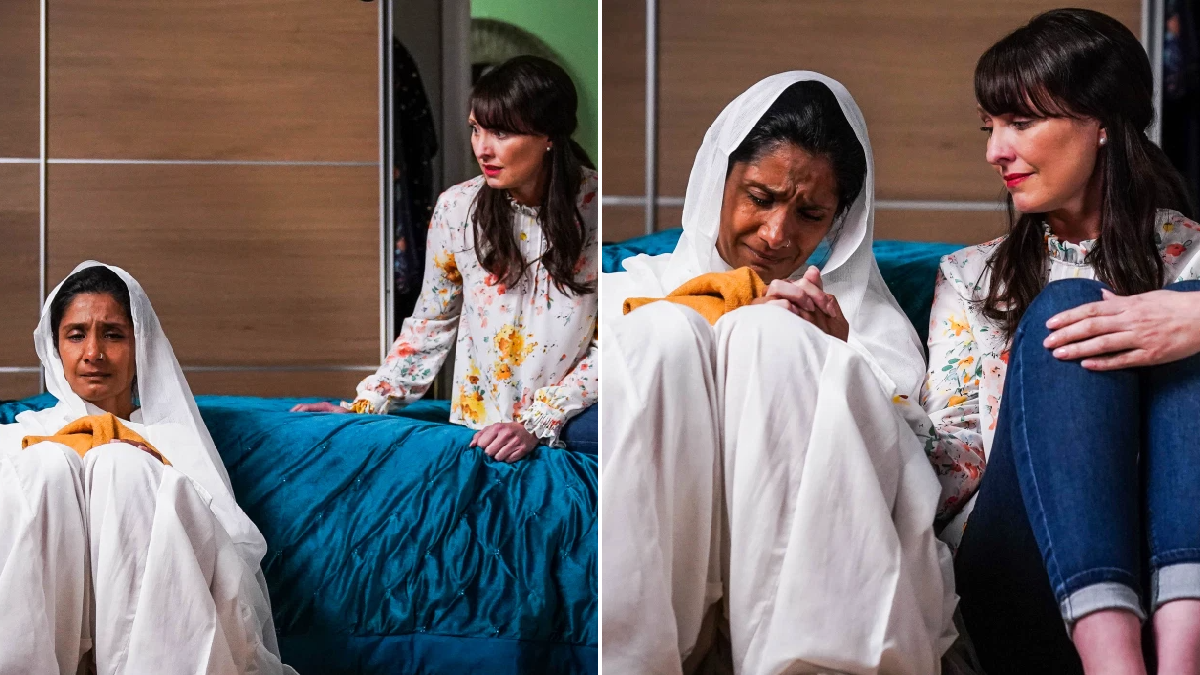 Suki Panesar (Balvinder Sopal) and her family have been torn apart following Jags’ death in EastEnders.

When Suki returned to Walford, she told her family that unless they got a huge amount of cash together, Jags wouldn’t make it out of prison alive.

Despite their efforts, the Panesars were told Jags had died.

As the family are consumed with guilt, Suki has become broken, blaming herself completely for her son’s death.

With Jags’ funeral approaching, new photos have been released that show Suki finding herself a pillar of support in the form of Honey (Emma Barton).

Upcoming spoilers have revealed there’s more trouble ahead for Suki as she has a wobble on the way to the stock room.

From her observations, Honey is sure Suki isn’t eating to punish herself for Jags’ death.

Determined to help, Honey visits Suki and gives her some encouragement.

We’ve seen Honey cook the Panesars a meal to try and help them, but will Suki use this opportunity and tell Honey that she isn’t coping?

Can she open up to Honey and eventually begin to move forward?