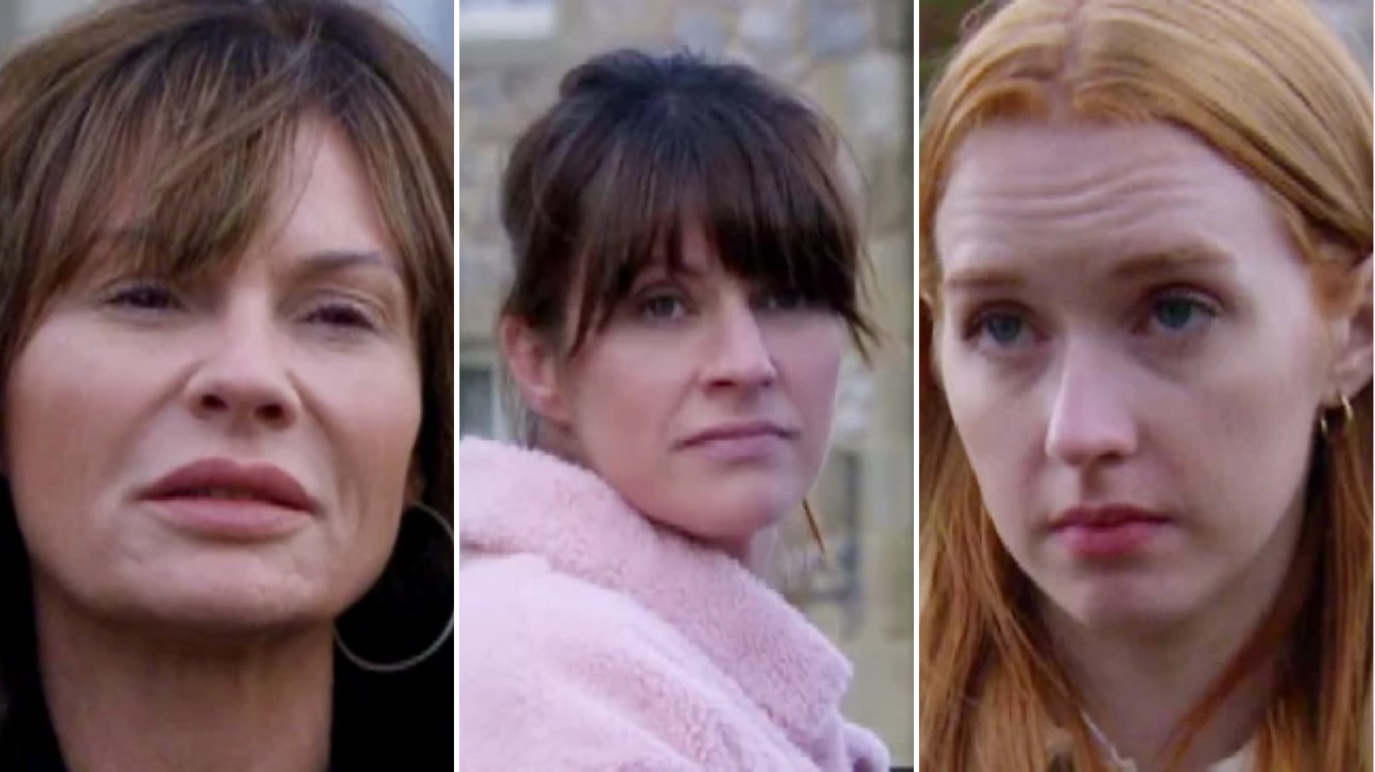 Kerry Wyatt (Laura Norton) has left Emmerdale for a new adventure on a cruise ship.

Her decision came after she discovered her partner Al (Michael Wildman) was having a secret affair and planning on moving out of the village with his lover and her child.

We know, of course, that said lover is Chas (Lucy Pargeter), who chose to support Kerry in tonight’s episode rather than put distance between them both.

In the pub, Chas was on the edge of her seat as she listened to Kerry tell her about Al’s affair, with no choice but to show kindness and sympathy, telling her that she’ll get through the pain and come out the other side so much stronger.

During their time together, Kerry told Chas about the job offer she had received on a cruise ship.

The job was perfect for Kerry and so, taking advantage, Chas pushed her to accept, setting her exit in motion.

After breaking the news to Chloe (Jessie Elland) and Amelia (Daisy Campbell), Kerry packed her things and hopped into a taxi.

As Chas watched on, Chloe approached and told her that she doesn’t need looking after, but does need her to keep an ear out in the pub, as she is determined to find the person who had an affair with Al and broke Kerry’s heart.

But will Chloe discover the truth is right under her nose?

Kerry’s exit has tied in with Laura Norton’s maternity leave, who recently gave birth to a baby girl called Ronnie.