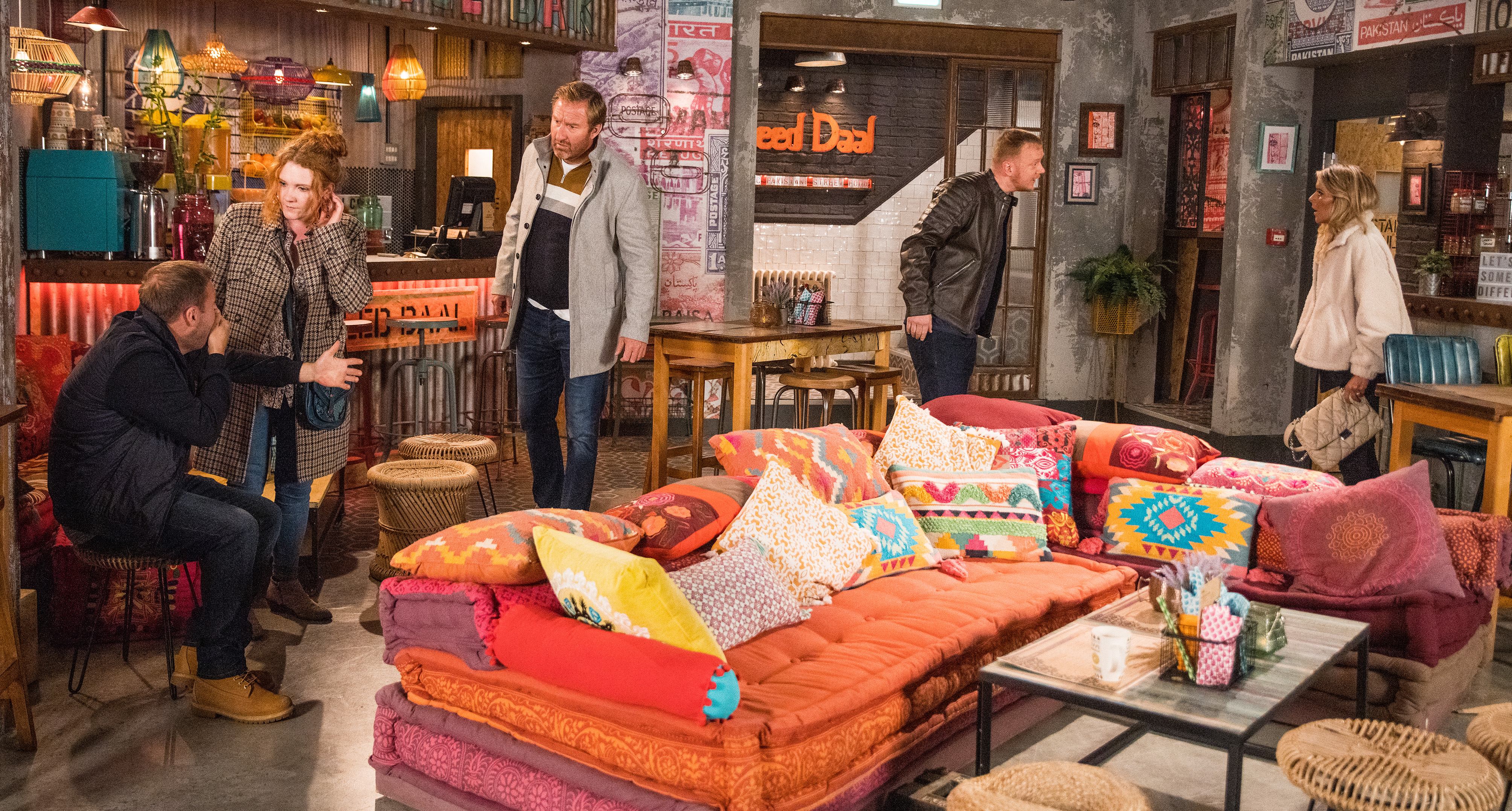 Tyrone Dobbs (Alan Halsall) will face further problems when it comes to romance as he’s attacked after making a huge mistake in Coronation Street.

Newcomer Isla will approach Tyrone in tomorrow’s episode, impressed at the way Ty put Penny in her place.

Isla suggests they all go for milkshakes and after, when Tyrone reveals he’s agreed to a date with Isla, Fiz (Jennie McAlpine) is annoyed.

Tyrone meets up with Isla and they immediately hit it off.

As Ty and Isla head out of Speed Daal, a man approaches and explaining he’s Isla’s husband, punches Tyrone which sends him flying.

Fiz and Phill rush to help Ty and his bloodied nose.

The next day, Fiz calls at the garage and tells Tyrone that he mustn’t be hard on himself as it would appear Isla has a reputation for copping off with other Dads behind her husband’s back.

Will he ever find a new love interest after splitting up with Alina and Fiz?

Perhaps he’ll decide he may benefit from being on his own for a while?