STACEY Solomon has hit back at trolls who branded her stupid and said she had an “annoying voice” when she appeared on Big Fat Quiz Of The Decade.

The 30-year-old shared a series of nasty tweets that had been written about her being on the show last night before blasting out the Taylor Swift anthem Shake If Off. 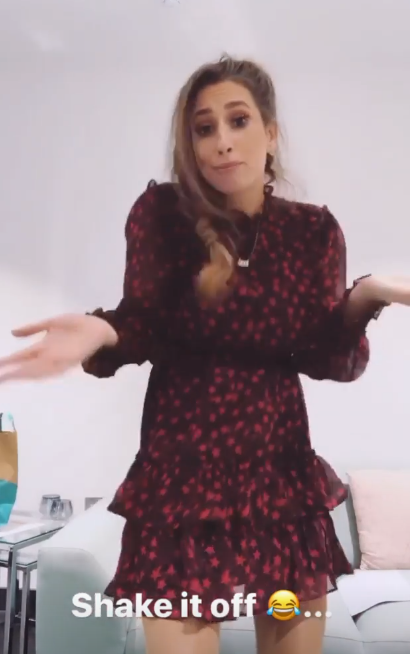 One cruel message read: “Absolutely love watching these shows every year and can even watch when I dislike one guest…

“But Stacey Solomon – her voice and just her being her – is the most annoying person EVER! Will let this one past thank you.”

Another said:  “How does Stacey get through life with her level of intelligence?”

Showing she wasn’t bothered, Stacey proceeded to film herself dancing, while telling her fans: “People are always going to have something to say but as long as you know who are you are that is all that matters. 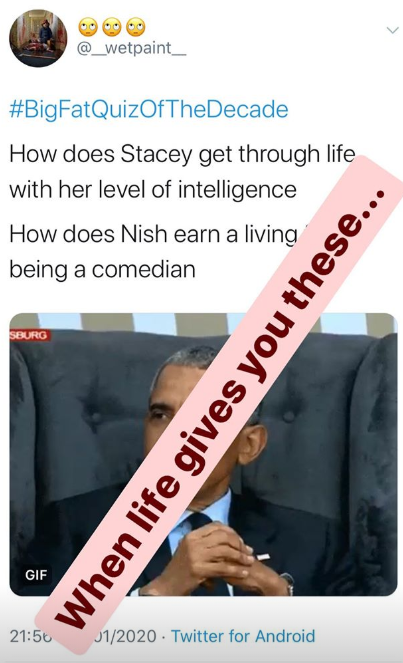 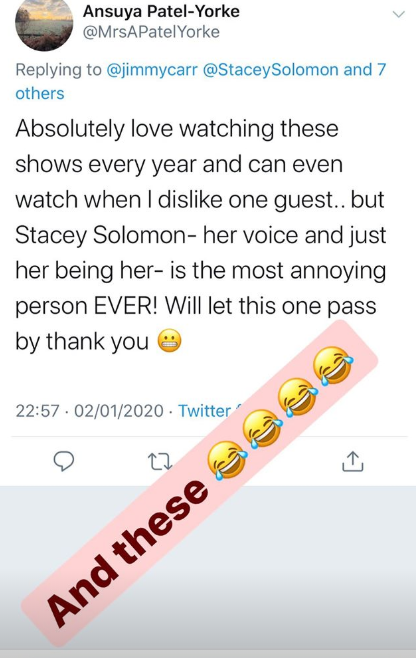 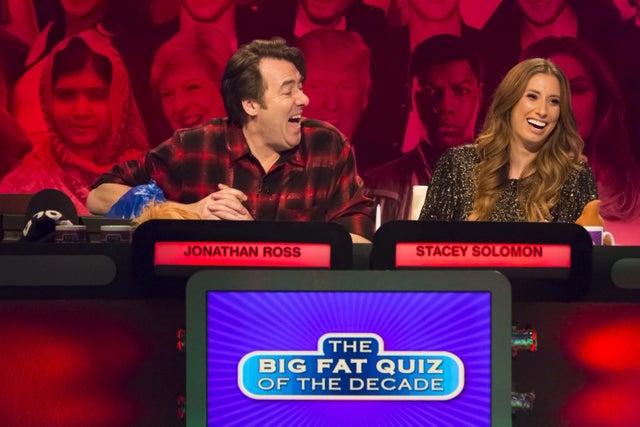 The star added:  “They aren’t worth your time or energy.”

Stacey had previously told fans how excited she was to be on Big Fat Quiz Of The Decade.

She wrote: “Can’t believe I got to do this… I never watch shows I’m on but this one is my absolute favourite.

The mum-of-three rose to fame on the X Factor before cementing a place for herself as a TV presenter.

She now appears regularly on Loose Women and has become an advocate for body positivity amongst her fans. 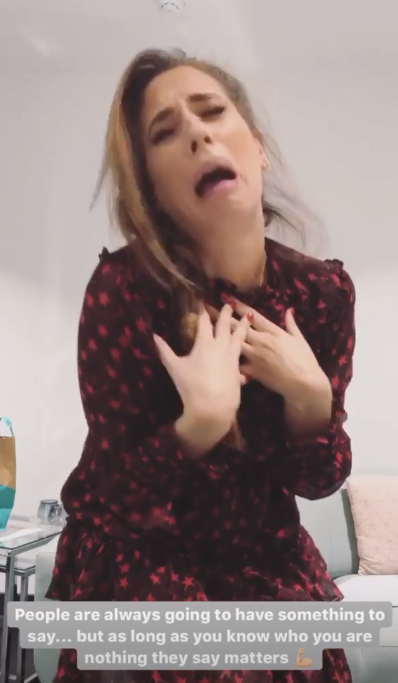