Han Solo and Luke Skywalker’s heroic rescue of Princess Leia is one of the most memorable moments in Star Wars canon. The two board an imperial spaceship and search it tirelessly, hidden within their stormtrooper disguises.

Stormtroopers are one of ‘Star Wars’ most enduring characters 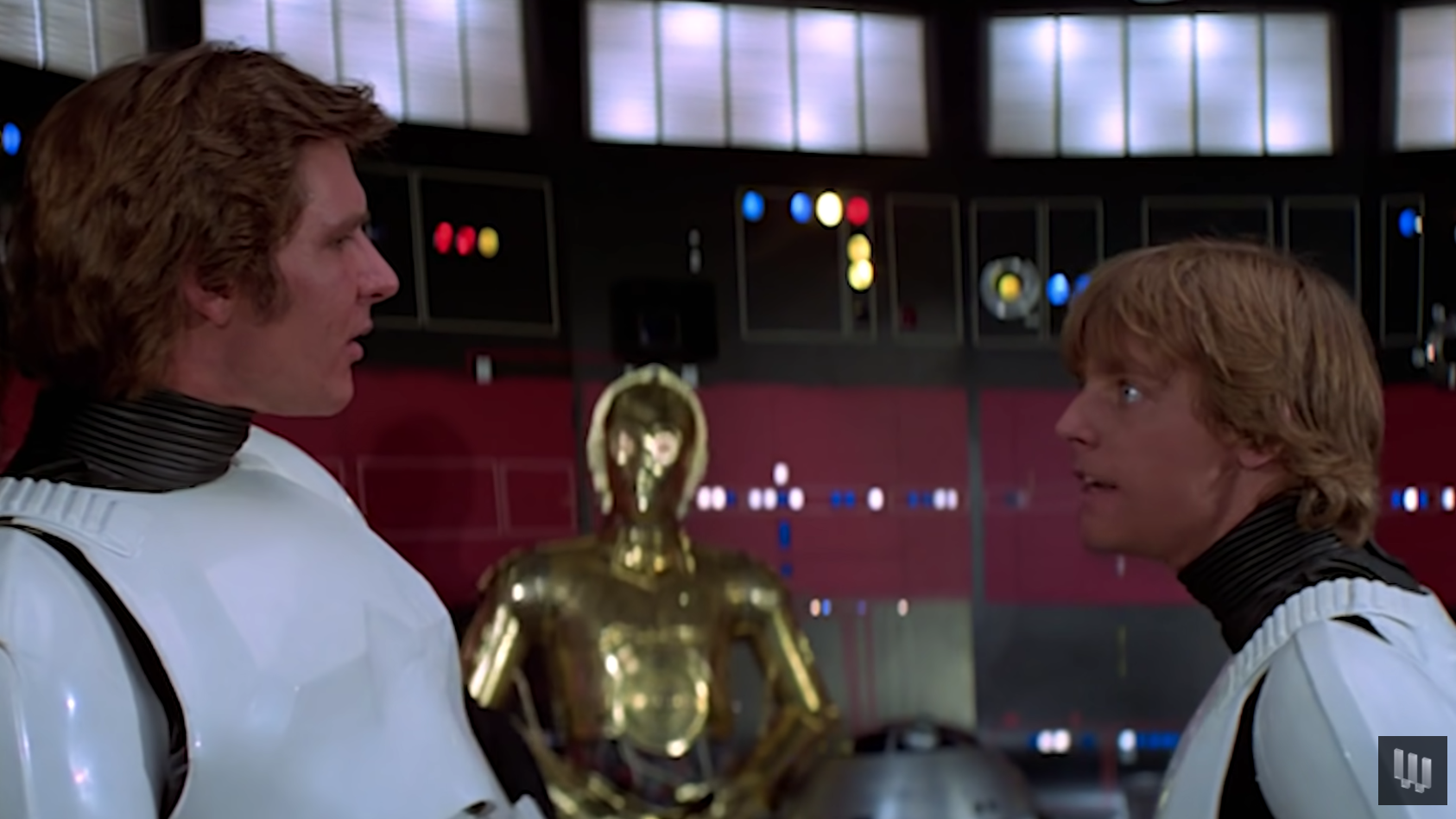 It’s up for debate, but aside from Darth Vader, stormtroopers are arguably the most recognizable characters in Star Wars. Since being introduced in Episode IV, they’ve stood the test of time and appeared in the majority of Star Wars films.

Their crossover into the new generation of Star Wars movies is a testament to their durability and reliability as agents of the empire. Both Luke Skywalker and Rey would likely agree there are few things scarier than seeing an imperial stormtrooper turning the corner.

One of the more memorable sequences in Star Wars is when Ford (playing Han Solo) and Hamill (playing Luke Skywalker) don stormtrooper uniforms to disguise themselves. They’re virtually unrecognizable as they scour the spaceship to rescue Princess Leia. But there’s more to the story of Ford and Hamill’s costumes.

Because the Star Wars costume team designed the stormtrooper uniforms for a specific body type, pretty much all of its wearers were the same size. However, neither Ford nor Hamill matched the physical profile, and both required custom-sized stormtrooper costumes of their own.

“Stormtroopers were made in such a way that they were sort of geared toward actors that were around 5-foot-10 to 6 feet to be able to fit into the armor,” Madlyn Burkert, Lucasfilm Collections and Exhibitions archivist, told WIRED. “… When it came time to fit Han Solo and Luke Skywalker into their disguise, the stormtrooper armor, it took a bit of magic from the costume department to make them fit.”

Stormtrooper costumes were intended to look like ‘living skeletons’

Stormtrooper costumes had a unique look that set them apart from any other characters in Star Wars. Ruthless servants of the Galactic Empire, stormtroopers were designed to look cold and intimidating. With grim frowns sculpted into their faces and white suits that kept them anonymous, stormtroopers were a frightening sight.

“George wanted to create this iconic imagery that looked like living skeletons, and that’s why you have the stark black and white,” Chiang said. “And so when you see the white armor coming out of a black room, you just see the armor and it’s a very terrifying sort of moment for you.”

If viewers take a closer look, they’ll quickly realize the stormtrooper helmet does in fact look like a human skull.

“One of the iconic things was that the helmet is very specific, it looks like a skull, it’s a stylized skull,” Chiang said. “[They] did a brilliant job to take all the key elements like the eye sockets and the mouth to make it just sort of a touch mechanical, but yet still harken back to a living skull.”