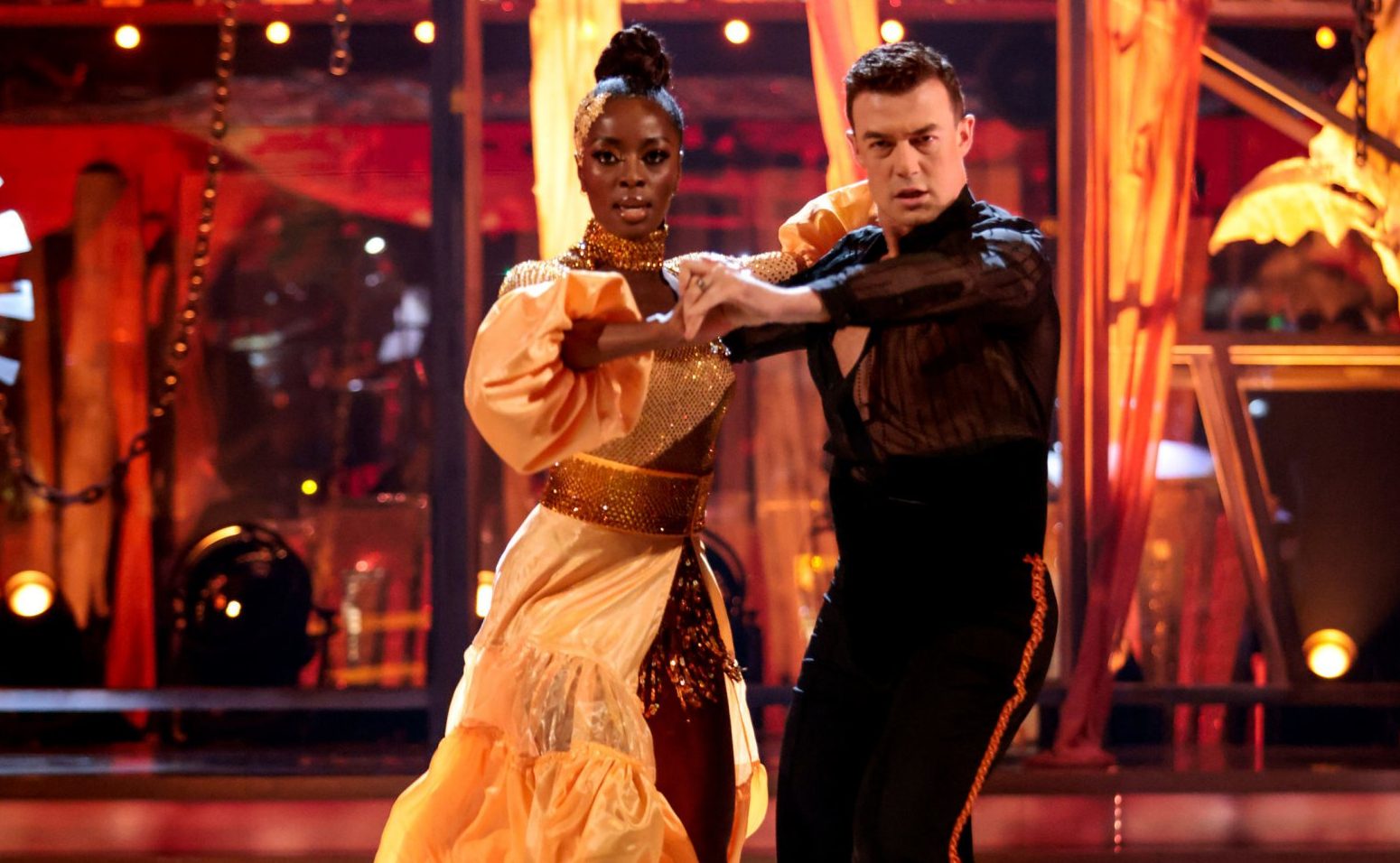 Strictly Come Dancing 2021 finalist AJ Odudu has reportedly suffered a foot injury causing her ‘severe’ pain, which has meant that she’s had to have an ‘emergency scan’.

This Saturday, the TV presenter is set to go up against former Great British Bake Off star John Whaite and EastEnders actor Rose Ayling-Ellis in the final, with her partner Kai Widdrington.

However, it’s said that she has sustained an injury that’s required her to use crutches to walk.

It’s claimed in The Mirror that an insider from the show is ‘hopeful’ that AJ will be able to compete, but she is ‘currently trying’ to ‘rest her foot’, with the star supposedly missing training on Monday.

A source purportedly said: ‘This is the worst possible timing but AJ is a real trooper and will keep going no matter what. The pain in her foot was terrible.’

AJ is yet to publicly address her supposed injury.

Last Saturday night, she made a triumphant return on the Strictly dancefloor following her lift blunder from the week before, achieving her first perfect score of 40 for her Quickstep.

She and Kai were one point off another perfect score for their Rumba, with only judge Craig Revel Horwood refraining from giving her a 10.

Rhys Stephenson and Nancy Xu landed in the bottom two with John and Johannes Radebe, with the judges unanimously deciding to save the latter pair.

For the final, the couples will each have to perform three times, with performances including their pick of their favourite dance in the series, another former routine chosen by the judges and a spectacular show dance.

Earlier this week, AJ shared her excitement over landing in the final with her rumoured beau Kai, posting a celebratory picture from their Quickstep.

‘STRICTLY COME DANCING FINALISTS 2021!!!! I’m so happy I could burst,’ she wrote in the caption.

‘Thank you for all your votes and kind messages and thank you @kaiwidd for believing in me. I feel like the luckiest girl in the world.’

The professional dancer, who is dancing with a celebrity partner on Strictly for the first time this year, expressed his gratitude towards all the fans who have shown them support.

‘I want to thank everyone who picked up phone or gave their 3 votes to us on the weekend, we truly wouldn’t be here without your support each and every week, it genuinely means the world to @ajodudu and myself.’

The Strictly Come Dancing final airs this Saturday at 7pm on BBC One.