On a season full of winners, the strategizing began long before the players arrived on the island. For Survivor 40: Winners at War, Jeff Probst brought back 20 previous winners to face off against each other.

Of course, they all want to win the $2 million; however, some are particular about who they want to beat in the final round. Sarah Lacina insists she wants to beat Sandra Diaz-Twine in the last tribal council. 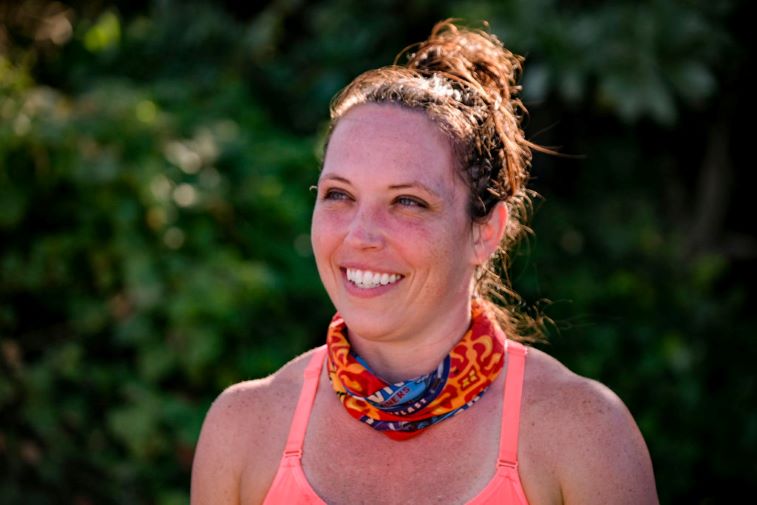 How many times did Sandra Diaz-Twine win ‘Survivor?’

Diaz-Twine calls herself the “Queen of Survivor” because she is the only two-time winner. She won Survivor: Pearl Islands and then went on to win Survivor: Heroes vs. Villains. In the latter, she beat out Parvati Shallow and Russell Hantz.

The Queen went on to play in Survivor‘s 34th season, Game Changers; however, the other contestants sent her home sixth. Diaz-Twine appeared yet again on Survivor: Island of the Idols as a permanent mentor along with Rob Mariano.

590 total contestants but only 1 Queen #QueenStaysQueen

If Diaz-Twine wins Survivor: Winners at War, she will be the only person to win three times. However, if anyone else wins, they will only tie her, so many people speculate there will need to be a tie-breaker season.

How did Sarah Lacina beat Diaz-Twine?

During Lacina’s first season playing Survivor: Cagayan, she ended up 11th and the first member of the jury. However, when she played Survivor: Game Changers, the cop switched up her strategy and became the winner.

From day one, Diaz-Twine had a target on her back as the only person to win Survivor two times. However, she talked her tribe into voting Tony Vlachos off instead since he also was a previous winner. The Queen managed to stay in the game until the fifth episode of Game Changers.

After her tribe merged with Lacina’s, they voted against Diaz-Twine, finally managing to end her reign of 94-consecutive days competing without being voted off.

“Whoever wins this season besides Sandra has tied Sandra as a two-time champion,” Lacina pointed out in an interview with Xfinity. “So now there has to be a third showdown, right?”

Thank you for all the support this season, it's been a great ride! #solesurvivor #gamechanger

Because this season is all winners, the stakes are even higher. Whoever wins will only tie Diaz-Twine as the champion. It makes sense that to steal the Queen title from her, they will need to beat her out in the final tribal council.

“Unless I beat Sandra. So, if I take Sandra to the end and beat her? It doesn’t matter because we’re both two-time champions, but I beat her twice, and she’s never beat me. I’m the only one who can walk away from this season as the best Survivor player if I win.”

It sounds like Lacina’s goal is to beat Diaz-Twine so she can claim the title of the best two-time winner of Survivor.