In 2021, Sylvester Stallone is endearing audiences with his voice work as King Shark in The Suicide Squad. But that role follows decades in Hollywood. Stallone has, of course, headlined some huge movies. But there’s always been one franchise that encapsulates his entire career. And on the set of one of the Rocky movies, Stallone suffered such a bad injury the production had to shut down for two weeks as a result. 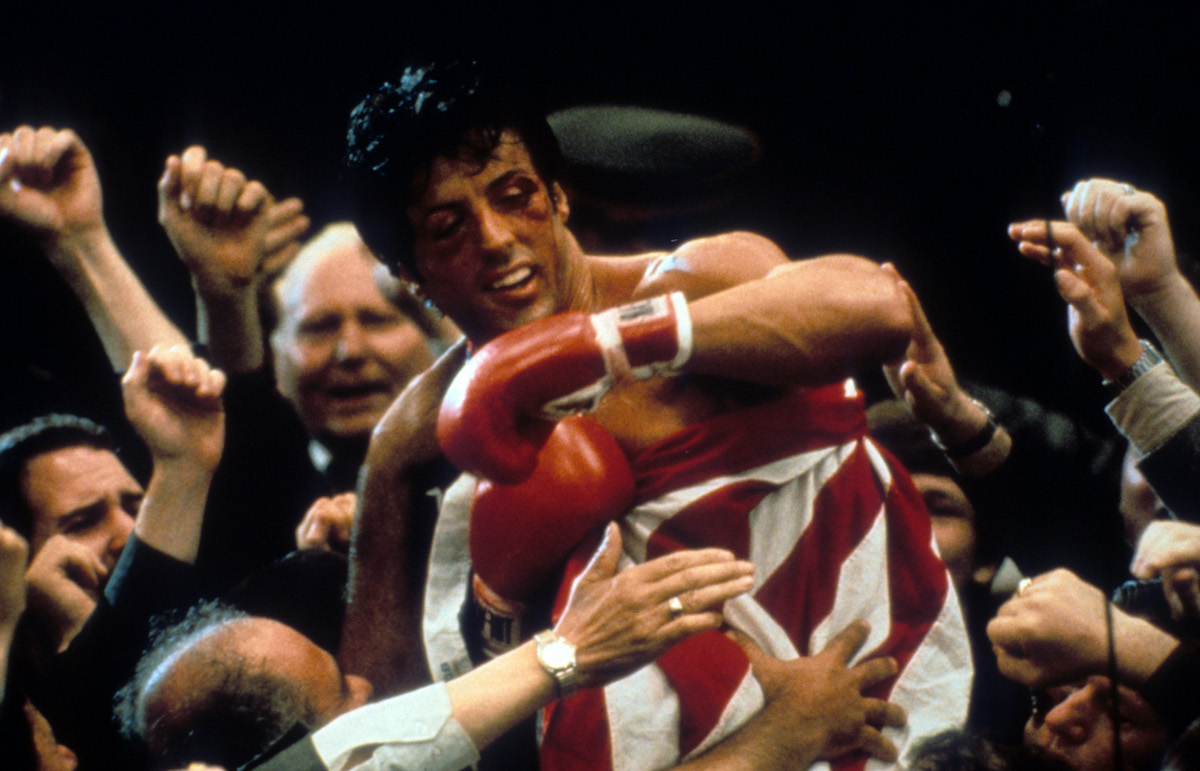 Sylvester Stallone created his own iconic character in ‘Rocky’

In the early 1970s, Stallone was a struggling actor trying to break through. And perhaps he channeled his own underdog status into his breakthrough role. 1976’s Rocky follows aspiring boxer Rocky Balboa (Stallone) as he prepares to take on the reigning heavyweight champion, Apollo Creed (Carl Weathers). Written by and starring Stallone, Rocky became a pop culture phenomenon, winning three Academy Awards including Best Picture.

And over the years, Stallone continued to revisit his most famous character. The actor himself wrote all five Rocky sequels and directed four of them. John G. Avildsen — who won the Best Director Oscar for the first film — returned for the much-maligned Rocky V in 1990. Stallone returned to helm 2006’s Rocky Balboa and later reprised the role for director Ryan Coogler’s 2015 franchise spin-off Creed and its 2018 sequel.

Since the beginning, Stallone has been very invested in the Rocky franchise. In fact, the actor even submitted himself to intense physical rigor to shoot the movies’ boxing scenes. But during production on 1985’s Rocky IV, Stallone took particularly intense punishment at the hands of co-star Dolph Lundgren. According to The Hollywood Reporter, Stallone instructed Lundgren to really hit him. The resulting impact derailed the movie.

After Lundgren performed an uppercut, Stallone found himself in the intensive care unit for nine days. Apparently, the punch — which “caught the ribs and hit the heart against the ribcage” — resembled injuries resulting from head-on collisions. Lundgren didn’t even know what happened until he realized he had two weeks off because his Stallone was in the hospital. Thankfully, he recovered, and filming on Rocky IV resumed.

Sylvester Stallone will reportedly not appear in 2022’s ‘Creed 3’

Stallone and Lundgren later worked together again in The Expendables franchise as well as Creed II. So there doesn’t appear to be any lingering bad blood among the pair. Both men are said to be returning for The Expendables 4. Yet, Stallone appears to be taking a break from Rocky Balboa.

The actor will not reprise his role opposite Michael B. Jordan in 2022’s Creed III. Although it’s not clear why Stallone won’t be back, his storyline did arguably come to a close at the end of the previous film. Appropriately enough, Creed III will see Jordan follow his former co-star’s footsteps as he steps up to direct the film himself.