ITV has confirmed The Bay will be returning for a third outing after the second series launched on the channel recently. The Bay was dropped all in one go on the ITV Hub as well as airing weekly for those who preferred to watch the show in instalments. Express.co.uk has the lowdown on the forthcoming series including the release date, cast, trailer and more.

When will The Bay season 3 be released?

There’s no word yet on when The Bay season three will be released and it’s likely to depend on the state of play with the coronavirus pandemic.

Season three is likely to have another six episodes like the previous two outings.

The first series came out in March 2019 and the follow-up came in January 2021, so a third could be some time in the making and may not come until 2023.

ITV could drop the whole thing as a boxset on the ITV Hub as well as airing on weekly. 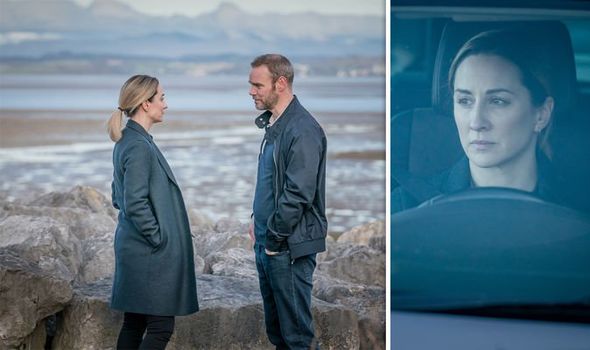 Who will be in the cast of The Bay season 3?

Lead star Morven Christie has confirmed she is leaving the show after two seasons as DS Lisa Armstrong.

She will be replaced by Cobra and White Collar actress Marsha Thomason, who will be Morecambe CID’s new Family Liaison Officer DS Jenn Townsend.

However, several cast members will be returning for the third series including Daniel Ryan, Erin Shanagher, Thomas Law and Andrew Dowbiggin.

Season three is also likely to see new cast members joining which will be announced in due course.

What will happen in The Bay season 3?

Fans can expect a gritty new crime with Townsend on the case after the exit of her predecessor.

She will face difficulties during her first day on the job when she meets a grieving and complicated family.

Townsend will be trying to help the family through following the death of an aspiring young boxer and get answers for them.

However, as a newcomer she is also going to be keen to prove herself to her new bosses.

To make matters worse, she will have personal issues which she hopes the move to Morecambe would help her with but a fresh start seems tricky with her blended family.

The Bay has been likened to ITV hit drama Broadchurch, so they are likely to be more shifty suspects to be interviewed.

Season three will be written by playwright Daragh Carville and the story will reach a head with some cracking twists and turns along the way.

The Bay season 2 is streaming on the ITV Hub now