In the early days of their careers, Rob Lowe and Tom Cruise starred alongside each other in the 1983 coming of age film, “The Outsiders.” In preparation for their roles, director Francis Coppola made the young actors spend the night with real-life Greasers. “In his effort to make us more authentic as greasers, as sort of tough, Tulsa, sort of wrong side of the tracks guys, [he] found a bunch of different actual greasers who were now grown-up adults and made us go spend the night and live with them,” Lowe said in an appearance on “The Kelly Clarkson Show.”  “And we just went to their little house and had dinner,” noting that they ended up in the basement with two cots looking at each other like, “we don’t know these people.”

Another fun fact? While on set, Lowe shared that the “Top Gun” actor was “relentlessly competitive” as they were required to learn how to do backflips for a scene. “He ended up being the only one who could do a backflip,” the “St. Elmo’s Fire” actor said on Dax Shepard’s podcast, “Armchair Expert.” “He runs out of the house and does a backflip for no reason, just to do it.” That wasn’t the wildest thing to happen in production — keep reading to find out a time where Cruise went “ballistic.”

What made Tom Cruise go "ballistic?" 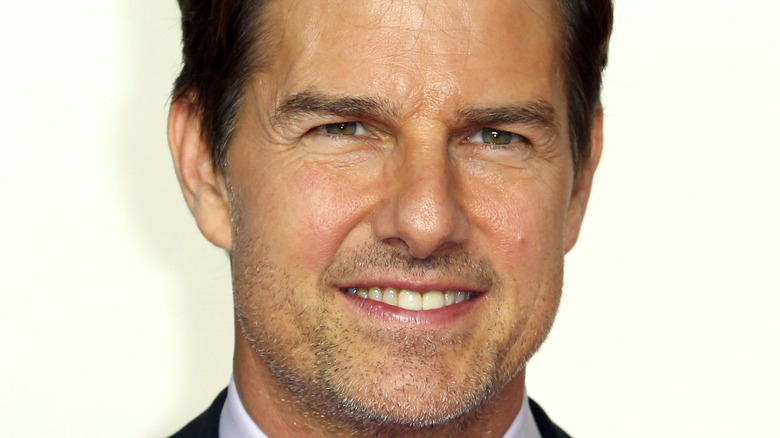 Before they were big stars, Rob Lowe and Tom Cruise had their fair share of auditions, and there was a time where the two had to be roommates. While appearing on Dax Shepard’s “Armchair Expert” podcast, Lowe reminisced about working with the young actor on the iconic film, “The Outsiders.” “All of the L.A. people survived the L.A. auditions, and then the handpicked people had to go to New York to face the New York version; so it was me and Tom Cruise and Emilio [Estevez] and C. Thomas Howell,” Lowe began to recall.

The trip allowed the actors to secure their roles of Sodapop Curtis and Steve Randle, but the “Mission: Impossible” star caused an epic fit when he found out they needed to share a room together during their stay at one of Manhattan’s elite hotels. “First time I ever stayed at The Plaza Hotel. We check in and Tom finds out that we’re sharing a room, and just goes ballistic,” Lowe laughed. But, that didn’t stop the “About Last Night” star from building a long-lasting relationship with the actor. “To me, what’s great about the story is, there’s certain people who have always been who they are, and that element of them has powered them to where they are today and the rest is history,” he detailed. “I remember going, ‘Wow, this guy is the real deal’ … You can’t argue with the results. He’s had his eye on the ball since day one.”