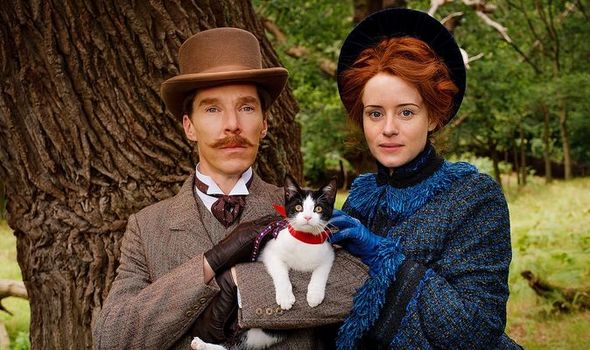 Still, my money is on Benedict Cumberbatch – not for his showy turn in this prestige drama but for his quietly sinister repressed cowboy in Netflix’s The Power Of The Dog. Cumberbatch probably expected this self-produced biopic to be the more likely awards movie. After all, it features three of the Academy’s favourite things – a true story, a period setting and a tragic affliction. But what is going on in the unusual head of famous cat artist Louis Wain (me neither) is never explained.

Modern diagnoses range from schizophrenia to a form of autism but they didn’t bother with such niceties in the 1920s and just shunted him off to an asylum.

Before we see Cumberbatch drooling through his old man make up, we have a good hour-and-a-half of the twitchy acting that earned him a nomination for Alan Turing biopic The Imitation Game. The story begins with a young Wain, sole provider for five sisters, manically knocking out sketches for the Illustrated London News.

He’s a man of many interests ranging from boxing and opera writing to spouting potty theories about electricity. Thankfully, he calms down a fair bit when he starts a touching and endearingly clumsy relationship with Claire Foy’s governess.

The chemistry between the two stars powers the entertaining first hour. The more taxing second half focuses on Louis’s deteriorating mental health and his hit twee cat pictures that apparently turned the once-ignored “mouser” into man’s most popular and most ridiculous pet. The internet owes him a great debt.