During its eight-season run on HBO, the cast and crew of Game of Thrones enjoyed the many perks of being on premium cable. Most notably, they didn’t have to worry about broadcast network censorship. As a result, the series became known for its racy content – which included plenty of nudity and sex scenes. But in the beginning, the cast says that first-time showrunners D. B. Weiss and David Benioff didn’t know how to handle the nudity on set. 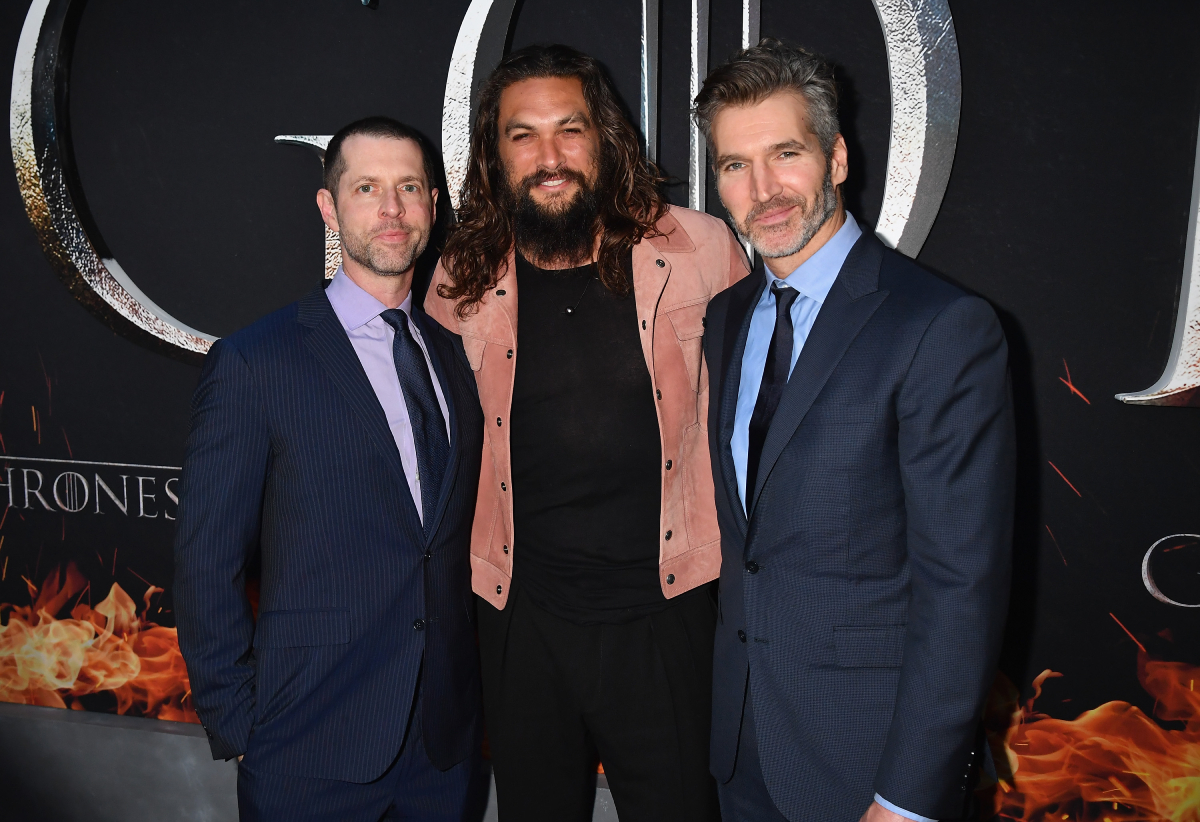 According to Express, during season 1 the GOT crew coined the phrase “sexposition” to describe a nude character giving plot exposition. Many of the actors in the fantasy series bared all for the camera, but the vast majority were females.

Emilia Clarke (Daenerys Targaryen) had to do a lot of nudity and sex scenes throughout the series, beginning with the pilot. Clarke says she still gets criticism for doing so many nude scenes, but she “would never change a thing.”

“I just wanted to come out and do an empowered scene that wasn’t sexual – it was naked, but it was strong,” Clarke explained. “I get a lot of crap for having done nude scenes and sex scenes. That, in itself, is so anti-feminist. Women hating on other women is just the problem. That’s upsetting.”

Clarke also called for “junk equality” on the HBO series during an appearance on The Late Show with Stephen Colbert. She explained that she did it, so “the boys” can do it, too.

Carice van Houten (Melisandre) wanted to “normalize” nudity on screen for actors, no matter their gender. But only if it’s functional to the story. She found it hypocritical that they could show people with their heads blown off, but viewers would get upset when they see “one nipple.”

Lena Headey (Cersei Lannister) says she had no problem with nudity on the set of Game of Thrones. However, she opted to use a nude body double – Rebecca Van Cleave – for her character’s walk of shame during season 5.

“I’ve said from day one that I’ve got no problem with nudity. I’ve done it throughout my career,” Headey said. “But for this character, it’s been better for her regality and her feistiness to not bare her flesh until she has to. When it’s out of her control. And if that ever happens, it won’t be Cersei being seductive or sexy.”

Headey explained that she felt a nude body double was more appropriate for the walk of shame scene. She says it allowed her to rein in her performance.

In the new book Fire Cannot Kill a Dragon: Game of Thrones and the Official Untold Story of the Epic Series, Entertainment Weekly’s editor-at-large James Hibberd gives fans an oral history of the show. Hibberd wrote the book after countless interviews with the show’s executives, actors, and crew.

The book details how first-time showrunners D. B. Weiss and David Benioff mishandled the nudity on set. Jason Momoa recalled the time during season 1 when he gave Benioff his intimacy pouch.

After he ripped it off, Momoa says he kept it in his hand and gave Benioff a big hug and a handshake. Other GOT stars recalled moments when sets were open when they were supposed to be closed. There were also many occasions when people would sneak on set.

HBO mandated Game of Thrones to hire an intimacy coordinator in 2018.

Fire Cannot Kill a Dragon: Game of Thrones and the Official Untold Story of the Epic Series is available wherever books are sold.