Battlestar Galactica star Katee Sackhoff made an appearance as Bo-Katan Kryze in the latest episode of Star Wars series The Mandalorian. The bounty hunter is expected to return at some point for the Disney Plus series, and there are also rumours of a spin-off featuring Katan and Mando’s other ally, Cara Dune.

Katee Sackhoff has addressed the latest speculation about yet another spin-off to the popular Star Wars series, The Mandalorian.

As ‘Mando’ (played by Pedro Pascal) continues the search for more of his kind, Bo-Katan makes a daring rescue alongside Koska Reeves (Mercedes Varnado, aka wrestler ‘Sasha Banks’) and Axe Woves (Simon Kassianides).

Their appearance marked the show’s first direct crossover with Star Wars’ popular animated properties following the introduction of the Darksaber and the exciting return of Boba Fett (Temuera Morrison). 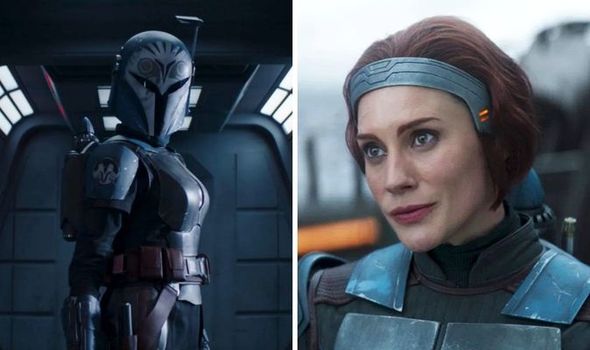 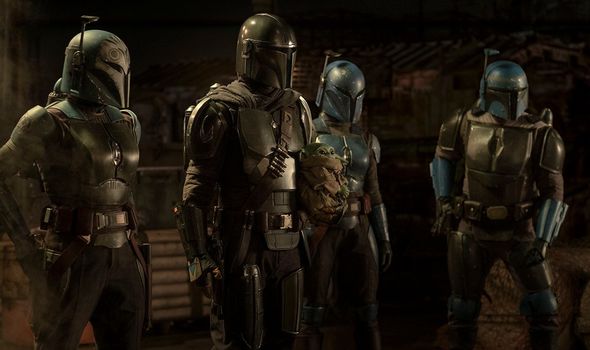 Moreover, the trio’s introduction has spurred more rumours of a slew of potential spin-offs in the ever-growing Star Wars universe.

Disney is speculated to be lining up a spin-off based on cult favourite Boba Fett after the supporting adversary seemingly died in Return of the Jedi.

It has also been confirmed Ewan McGregor will reprise his role as Obi Wan Kenobi from the Star Wars prequels for another live-action series on Disney Plus.

With the Star Wars brand continuing to expand, it’s no wonder the appearances of major characters from the franchises’ animated branch have fans buzzing. 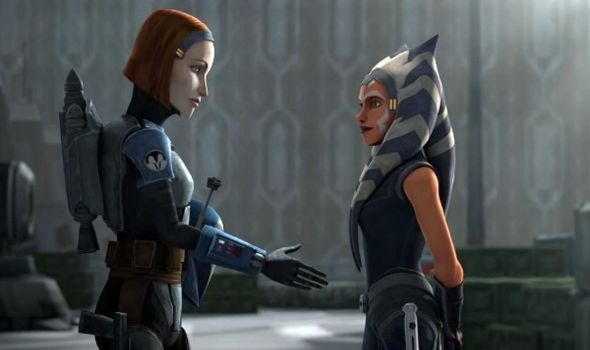 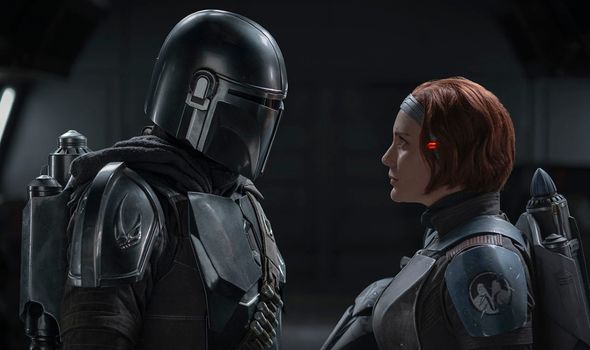 Unfortunately, Mandalorian guest star Katee Sackhoff laughed off the rumours during her recent interview with Deadline.

She confirmed: “I have absolutely no idea what you’re talking about; that’s legitimately the truth.”

Upon Bo-Katan’s introduction in episode three, The Heiress, it was suggested she could make a return in her own show alongside warrior Cara Dune (Gina Carano).

Although Sackhoff seemed to have stamped out these rumours, there’s still the chance Disney and Mandalorian showrunner Jon Favreau has something in mind for Bo-Katan in the future.

Summarising Bo-Katan’s place in the galaxy, Sackhoff explained: “She’s a warrior and she has struggled tremendously with being a leader.

“For her, I think there is a struggle and a story about who she becomes in peace, if that were to ever be accomplished and what kind of ruler she would be.

“She’s never really, that we’ve seen, gotten that opportunity, and whether or not she’s ready for that.”

In the animated series, Bo-Katan was poised as the potential ruler of the planet Mandalore, but refused to bow to the regime of the evil Emperor Palpatine.

Now the Mandalorian has jumped years into Star Wars’ future, after the events of Return of the Jedi, Bo-Katan’s character arc going ahead is still unknown.

While she may not be getting her own spin-off, Sackhoff seems confident she’ll eventually be reprising her role as the fearless freedom fighter.

She teased: “There is stuff that I know about talking with [producer] Dave Filoni about the world, and there are things that no one is meant to know yet.”

Season two still has five episodes left, so there are plenty of secrets still to be released in the coming weeks.

The Mandalorian season 2 continues Fridays on Disney Plus.