The Masked Singer: Mel B revealed to be Seahorse

The Masked Singer fans saw Seahorse voted off the competition last weekend after landing in the bottom three. ITV viewers were stunned to see it was Spice Girl Mel B behind the whacky costume as she was forced to unmask herself after being eliminated. Now, the star has revealed it wasn’t the first time she had been asked to appear on the franchise after previously turning down the opportunity to go on the US version of the show – admitting she didn’t want to leave her family behind in the UK, just to appear on the programme.

So far, viewers have seen both Sophie Ellis-Bextor and Mel B unveiled as two of the stars behind the costumes.

With 10 still left to unveil, fans are frantically guessing as to who might be next to have their identity revealed.

However, with Mel having left last weekend, the star has spoken out to Express.co.uk and other press about her time on the show.

And Mel admitted producers for the US show had asked her to take to the stage of the show, which has just concluded its fourth season on TV network Fox. 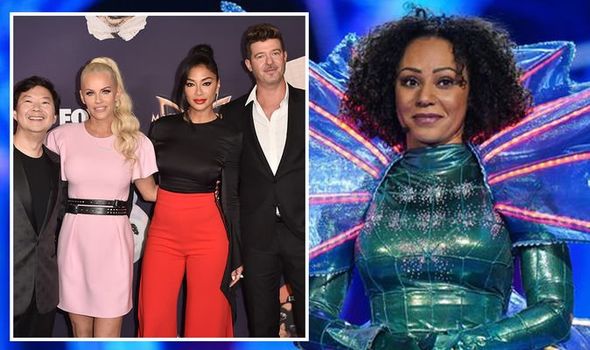 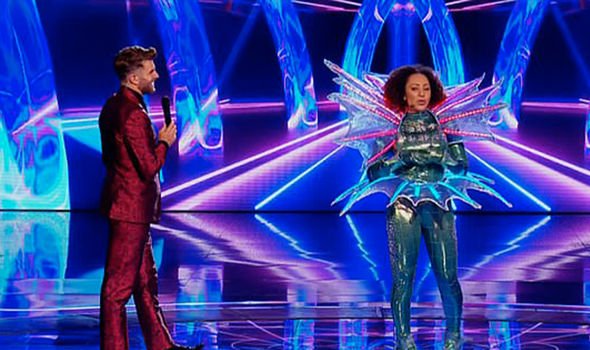 She explained: “Well, I was umming and ahhing in because I did get offered it in America first.”

Mel went on to open up about why she was less sure about accepting the opportunity in the States and ultimately turned it down.

The Spice Girls hitmaker said: “I’ve only been over here for the last year, you know, since the Spice Girls’ tour.

“So I thought, ‘Do I really want to go to America for that?’ 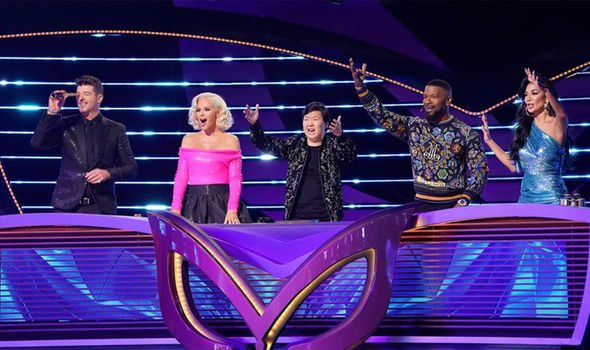 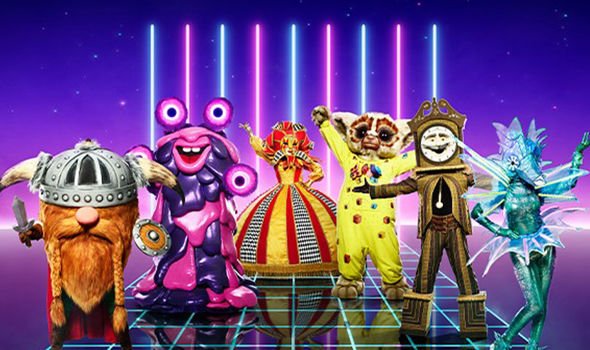 “And when I’m here with my kids, the kids are in school and living in Leeds, with my family and my mum and everything,” she noted.

The pop sensation didn’t hesitate upon being offered the opportunity to take part in the show on her home turf.

On being asked to take part in the UK season, Mel added: “So, when this happened and I got offered it here, I was like, ‘Well, perfect! I’ll just drive down to London and drive back and that’s it. No one knows who I am.’”

Of course, fans of the programme are desperate for any clues which might give away the identities fo those hiding behind the remaining 10 costumes.

But unfortunately, Mel was unable to provide any insight into who she believed could have been competing on the show alongside her.

Speaking more on her experience, she said: “The thing is, I don’t know who any of the other contestants are because you’re literally locked into your dressing room.

“Even when you do the group rehearsal, you’re separated from everyone you can’t really look to your right eye, look to your left because you’ve got your mask on.”

The singer detailed how each person taking part in the show had a “designated person” to help them get on and off stage.

And the star confirmed just how secretive the show has to remain in order to stop the stars from finding out each other’s identity.

She confirmed: “Everyone’s really sectioned off, even though you’re on stage together and you’re all beside each other in the dressing rooms.

“You have no idea who anybody is and I was trying to here we go might sound checks and rehearsals and no idea, no idea!”

But with another star set to be unmasked this coming weekend, who will be the third person to have to wave goodbye to the ITV show?

The Masked Singer airs Saturdays from 7pm on ITV.